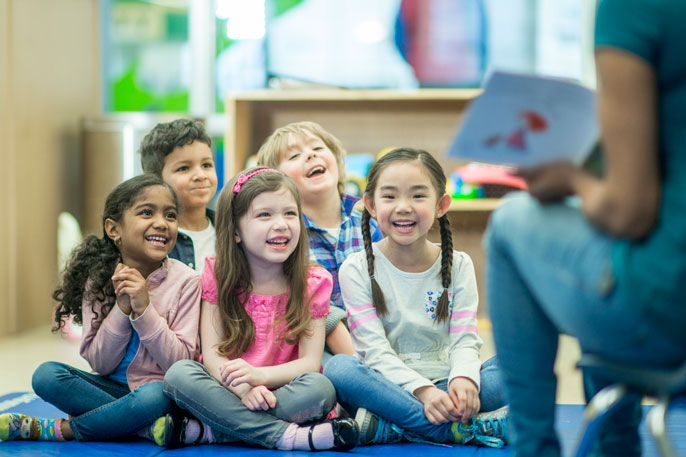 Students in the United States and Mexico are likely to encounter storybooks that stress happiness as a goal.

The lessons from childhood storybooks are decidedly different in China and the United States, and align with the lessons the respective countries impart in the classroom, UC Riverside research finds.

There is a widely held perception — and some research to affirm it — that East Asian schools outperform schools in North America. A recent study published by UC Riverside psychologist Cecilia Cheung skirts the link between storybooks and school performance, but asserts that the lessons taught in Chinese schools could start early.

“The values that are commonly conveyed in Chinese (vs. U.S.) storybooks include an orientation toward achievement, respect for others — particularly the elderly — humility, and the importance of enduring hardship,” Cheung said. “In the U.S. storybooks, protagonists are often portrayed as having unique interest and strength in a certain domain, and the themes tend to be uplifting.”

For her study, published in the Journal of Cross-Cultural Psychology, Cheung compared storybooks in the U.S. and Mexico with those in China.

She chose 380 storybooks recommended by education ministries in the respective countries, for children aged 3 to 11. The study considered three core aspects of learning-related qualities: beliefs (views about the nature of intelligence), motivated cognitions (achievement, determination), and behaviors (effort, overcoming obstacles).

A representative Chinese storybook is “A Cat That Eats Letters.” In the book, a cat has an appetite for sloppy letters. Whenever children write a letter that is too large, too small, too slanted, or with missing strokes, the cat eats the letters. The only way to stop this runaway letter-eating is for the children to write carefully, and to practice every day. This leads to a hungry cat, because the children have all become skilled writers. (Not to fear, the compassionate children then intentionally write some sloppy letters to feed the cat).

A more typical U.S.-Mexico storybook formula is represented by “The Jar of Happiness,” in which a little girl attempts to make a potion of happiness in a jar, then loses the jar. The happy ending comes courtesy of the girl’s realization that happiness doesn’t come from a jar, but rather from good friends – including those who will cheer her up when she loses a jar.

To a large extent, Cheung and her team found the Chinese storybooks celebrated the behaviors associated with learning and hard work. Somewhat to their surprise, they found U.S. and Mexican storybooks had a shared emphasis on self-esteem and social competence.

Past studies have affirmed the important role of parents in children’s scholastic achievement, Cheung said. But few have considered the role of “cultural artifacts,” such as storybooks.

Cheung argues that storybooks play a key role in establishing the values that can help determine scholastic success. Referencing past research, Cheung said it is “conceivable that exposure to reading materials that highlight the importance of learning-related qualities, such as effort and perseverance, may lead children to value such qualities to a greater extent.”

Cheung was joined in the research by UC Riverside graduate students Jorge A. Monroy and Danielle E. Delany. Funding was provided from the University of California Institute for Mexico and the United States.