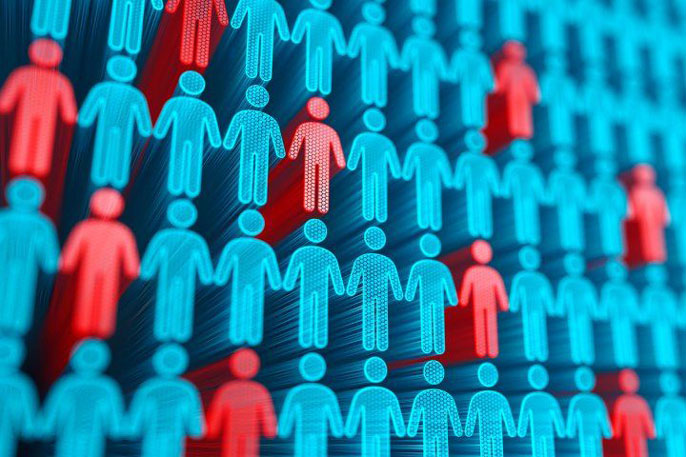 A mutated version of the novel coronavirus has been making the news for being more contagious. First detected in the United Kingdom in September, the variant now has been detected in several U.S. states, including California. The fast spread of the new variant has prompted a stricter lockdown in the U.K. and some countries to enact travel restrictions.

Many questions have emerged about this new variant of SARS-CoV-2, the virus that causes COVID-19, including how it emerged and whether available vaccines will still work.

We asked UC San Francisco infectious disease expert Charles Chiu, M.D., Ph.D., whose lab has been helping the state of California detect cases of the new variant, to answer a few of the questions and explain what we need to do now.

What do we know about the new UK variant of SARS-Cov-2?

The U.K. variant, known as B.1.1.7, has a total of 23 mutations across its genome, eight of which affect the spike protein — protrusions on the coronavirus’s surface that it uses to gain entry into our cells.

“It’s really unusual because this number of mutations has not been seen in any variant to date,” said Chiu.

SARS-CoV-2, like other coronaviruses, is generally slow to mutate thanks to built-in error-correcting proteins that fix most mistakes in replication. It generally accumulates one or two mutations per month, but the vast majority of mutations do not change the properties of the virus, such as its transmissibility.

If the virus mutates slowly, how did this new variant emerge?

“Every replication cycle is an opportunity for the virus to acquire new mutations,” said Chiu. “But the current thinking is that the U.K. variant is unlikely to have just developed gradually over time, which is usually the way these viruses evolve.”

A few unusual circumstances could have allowed the virus to accumulate this many mutations so quickly, according to Chiu. One is chronic infection in an individual, typically someone who is immunocompromised or immunosuppressed, which gives the virus more time to replicate and mutate. “Another possibility is that the virus spread to an animal reservoir and evolved in the animal reservoir before transmitting back to humans,” said Chiu. Both are examples of adaptive evolution because the virus is adapting to the host.

A second method could be natural selection from the use of drugs that target only a particular region of the virus, such as monoclonal antibody therapy. “If used widely, there’s a possibility that you may select for viruses that are resistant to that drug,” said Chiu.

He thinks adaptive evolution from chronic infection of a person or in an animal reservoir are the most likely origins for the U.K. variant.

How do we know that the new variant is more transmissible?

By tracking outbreaks of the new variant and comparing them to outbreaks of other variants, scientists have been able to estimate its transmissibility. The reproductive number of the new variant, a measure of its infectiousness, is about 0.4 to 0.7 higher than other variants of the virus, said Chiu. In other words, “based on the epidemiology, the variant appears to be up to 70 percent more transmissible than the original virus.”

It’s possible that mutations to the spike protein help the virus more easily bind to cells, increasing its transmissibility, but we may not know for sure until there’s data from studies in animal models and cell cultures, he added.

The U.K. variant is not the first to become more transmissible. In fact, the dominant variant in the U.S. currently, a variant that emerged last year in Germany and spread to New York and then the rest of the U.S., is also believed to be more transmissible than the original virus, said Chiu. Notably, the spike mutation that defines that variant (D614G), is one of the eight spike mutations present in the U.K. variant.

Will the current vaccines still work on the new variant? Will we have to develop new coronavirus vaccines in the future?

Chiu said it’s very unlikely that the current vaccines will not be effective against the new variant. The two mRNA vaccines from Pfizer and Moderna produce the entire spike protein, meaning someone who is vaccinated will usually generate a variety of antibodies that target different locations on the spike.

“So essentially you would need to have mutations everywhere along the protein for a variant to elude all potential neutralizing antibodies,” said Chiu.

A benefit of mRNA vaccines is that they can be modified relatively quickly. In the very unlikely event that a variant shows increased pathogenicity, “vaccines might be modified to specifically target these variants, and that could be done in a relatively short amount of time,” said Chiu.

The longer the pandemic lasts, the more time the virus will have to acquire additional mutations. “The key question is can we control the pandemic in time to prevent the virus from becoming even more infectious, more deadly, or more resistant to existing therapies and vaccines,” said Chiu. Already there is some concern that available vaccines may be less effective against a variant identified in South Africa, known as B.1.351, which has additional mutations in the spike protein.

Pfizer recently reported that its vaccine remains effective against one of the key spike mutations (N501Y) present in both the U.K. and South African variants.

Chiu still finds cause for optimism. “The combination of vaccines with very high baseline levels of efficacy along with a slow-mutating virus really bodes well for our success,” he said. “I still am optimistic that we might be able to eradicate the virus from the population as we did with SARS.”

Now that the new variant has been detected in the U.S., how worried should we be? What should we be doing about it?

No variant of SARS-CoV-2 so far, including the new one from the U.K., has been shown to be more virulent — more likely to cause severe disease or death, said Chiu.

Because the new variant has the potential to spread more quickly, it may eventually become the predominant variant, but transmission is still largely dependent on how individuals protect themselves through social distancing and mask wearing, said Chiu.

“The virus is already very infectious at baseline, so I think the effectiveness of the public health response and individual responsibility to prevent spread has much more impact than a small degree of increased transmissibility.”

“The important thing is not necessarily to focus on the variants, but to focus on the virus overall — limiting the number of cases by controlling transmission and deploying the vaccine so that we can reach herd immunity,” said Chiu.