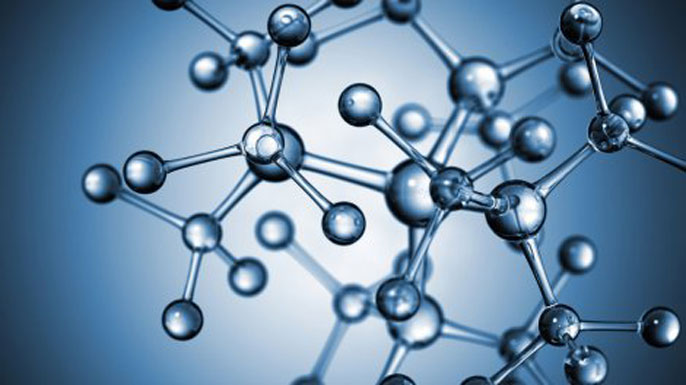 The new drug physically yokes together two existing drugs against a common cancer pathway into a single molecule, generating a double-blow that blocked the resistance cancer cells otherwise develop to either drug on its own.

The researchers, who published their finding online on May 18, 2016 in the journal Nature, hope that their new approach will lead to a whole class of new therapies that keep cancer at bay much longer and improve patient survival.

“Every time we find a new drug target against cancer, we go through one, two, three generations of drugs as the cancer keeps evolving resistance,” said study co-senior author Kevan Shokat, Ph.D., professor and vice-chair of the department of cellular and molecular pharmacology at UCSF. “What we really wanted to do was get out ahead of this cycle of resistance.”

Precision medicine approaches to cancer, which involve targeting the specific mutations driving an individual patient’s disease, run the risk of promoting treatment-resistant tumors by killing off drug-sensitive cancer cells and allowing a minority of mutant, drug-resistant cells to thrive in their place.

Mutations driving over-activation of the protein mTOR — a key molecule regulating cellular growth, division, proliferation, and other important functions — are common factors of many different cancers, making mTOR a key target for anti-tumor therapies. The drug rapamycin and similar therapies that interfere with mTOR’s function (such as everolimus, or Afinitor, and temsirolimus, also known as Torisel) have been approved for the treatment of a several cancers, including kidney cancer, pancreatic neuroendocrine tumors, and advanced breast cancer.

Unfortunately, tumors treated with these first-generation mTOR inhibitors often evolve resistance to these drugs. Second-generation mTOR inhibitors, which work by jamming mTOR’s ATP site – it’s molecular “engine” — are currently in clinical trials, but tumors will assuredly evolve resistance to these drugs too in time, researchers say.

Members of Shokat’s laboratory, in collaboration with the researchers in the lab of co-senior author Neal Rosen, M.D., Ph.D., the Enid A. Haupt Chair in Medical Oncology at Memorial Sloan Kettering Cancer Center, began to search for new approaches to attacking these cancers that might avoid the trap of resistance.

When the researchers looked for these ATP-site mutations in cancer genome databases, they found that many patients are already likely resistant to the second-generation drugs.

The idea for the new hybrid drug came as the researchers examined where resistance to the two drug classes arises within the 3-D structure of the mTOR molecule, and realized that the drugs’ binding sites were close enough together that a combined molecule could hit both of the protein’s weak spots at once.

The researchers designed a chemically linked hybrid of the two types of drug, creating a new drug they call RapaLink, and demonstrated in cultured human breast cancer cells that each half of the new drug could counteract any resistance the cancer cells might develop to the other half.  Specifically, the carefully calibrated bridge between the two sides of the hybrid drug meant that if one side of RapaLink was able to bind to its specific site on the mTOR molecule, this would perfectly position the other side of RapaLink in front of its own binding site, making it much harder for mTOR mutations to shake the drug off.

“The effective concentration is sky-high,” Shokat said. “It’s like how you’re more stable on skis than on a snowboard. Having that second binding is very helpful for stability.”

As a result, even against cancer cells resistant to both types of drugs on their own, the hybrid drug continued to be effective. The researchers also tested RapaLink in mice grafted with human breast cancers with genetic resistance to either first or second-generation mTOR inhibitors, and found that RapaLink could get around the cancers’ drug resistance.

“It would be foolhardy to say that we can completely stop cancer from evolving resistance,” Shokat said. “But we do think this drug has the potential to make resistance develop much less frequently, and take much longer to develop, which we hope will give patients a lot more time to recover and fight off the cancer.”

Shokat and colleagues have patented the RapaLink drug and have licensed it to Kura Oncology to bring the drug to clinical trials.

Shokat believes the approach taken to block resistance to mTOR inhibitors could be applied more generally to other cancer pathways. “We want drugs that bind exceptionally tightly so that it makes it very difficult for mutations in a target to throw off the drug,” Shokat said. “We don’t just want to insult the tumor a little bit – we want to really lock it down right from the start with the tightest inhibitor we can come up with.”

Masanori Okaniwa, Ph.D., formerly of UCSF, and Vanessa S. Rodrik-Outmezguine, Ph.D., and Zhan Yao, Ph.D., of Memorial Sloan Kettering Cancer Center were co-lead authors of the new research. Okaniwa is now at Takeda Pharmaceutical Company Ltd in Japan. See the paper online for a full list of authors and conflicts of interest.

Major support for the work was provided by the National Institutes of Health (NIH) (grants P01 CA094060 and P50 AA017072); the Breast Cancer Research Foundation; the National Cancer Institute; Mr. William H. Goodwin and Mrs. Alice Goodwin; the Commonwealth Foundation for Cancer Research and The Center for Experimental Therapeutics at Memorial Sloan Kettering Cancer Center; the Team up for a Cure Fund; the Stand Up To Cancer-American Cancer Society Lung Cancer Dream Team; the Samuel Waxman Research Foundation; and the Howard Hughes Medical Institute.