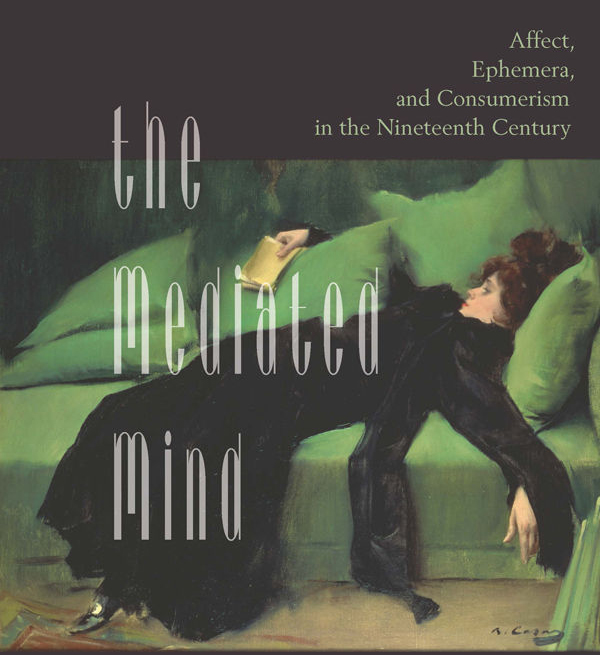 That was true in the 19th century, and it stands true in the 21st century, said Susan Zieger, a professor of English at the University of California, Riverside, whose new book, “The Mediated Mind: Affect, Ephemera, and Consumerism in the Nineteenth Century,” was published in June by Fordham University Press.

Zieger, who specializes in 19th century British literature and culture, researched how 19th-century mass print consumption prefigures today’s digital dependency trends. Two centuries later, the dependency on information and need to remain “connected” persists around the world, with pace and format the only noticeable differences.

Consumer news addiction existed in both eras, Zieger said. In “The Mediated Mind,” she elaborates on how ephemera, or disposable printed materials, impacted the perception of literate women, the psychological influence of the amount of facts and information people felt they needed to retain, and the consumption of alcohol and tobacco.

“Print was the first mass medium,” Zieger said. “All the same questions we now pose about information addiction and overload, the superficiality of social media, and the spread of misinformation were first asked then.”

“For the first time, everyone had access to this printed material,” she said. “Suddenly, people have all this information, which parallels our current situation with screens.”

In the 19th century, for example, the connection between consuming cigarettes and reading was well established. Two centuries ago, tobacco companies in Great Britain figured out how to use cigarette cards — small pieces of cardboard used to protect cigarettes from being crushed — as advertising tools. The pocket-sized cards offered smokers trivia, sports, or historical facts, and were also used as tiny canvases to produce series of collectible paintings.

The seemingly trivial ephemera, Zieger said, brought up the notion of self-worth; everyone wanted to be knowledgeable, to walk around loaded with information to fit into the intellectual world mass print was creating.

“Tobacco was crucially suited to play this role of aggrandizing consumption, disguising its physical toll, and flattering readers that they resembled genteel intellectuals, because it formed a contrast to a more clearly damaging smokable substance that was embroiled in a history of forced labor: opium,” Zieger said