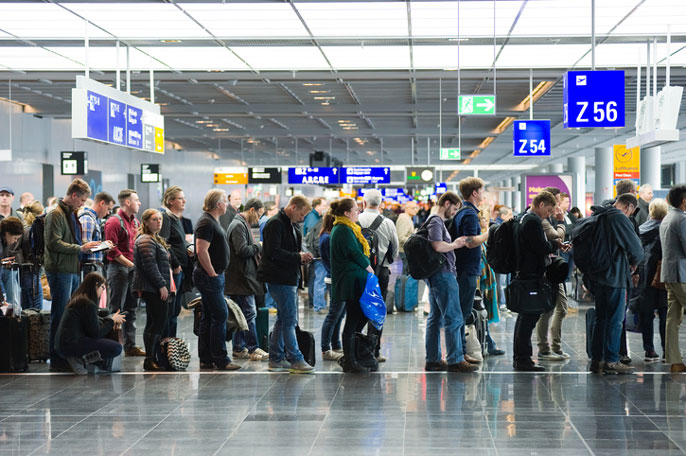 Response to the executive order

Interim Chancellor Ralph J. Hexter says he “could not be more proud of the students and attorneys from our Immigration Law Clinic" in a statement.

Friday started out like a normal day for the faculty and students of UC Davis’ Immigration Law Clinic, teaching a “know your rights” clinic at an immigration detention facility in Marysville.

But when they stepped outside, their phones erupted with news of President Donald Trump’s executive order barring citizens of seven countries from entering the country, and with calls for help.

“Pretty much from Friday evening until yesterday evening there was a non-stop legal response,” said Holly Cooper, co-director of the Immigration Law Clinic.

Alumna Elica Vafaie, J.D. ’11, of the Asian Law Caucus, and second-year law student Sara Ehsani-Nia — both of whom are fluent in Farsi — worked with fellow alumna Jessica Zweng, J.D. ’10, at San Francisco International Airport to identify people under immediate threat of deportation.

“I have never felt more motivated to work in immigration law,” Ehsani-Nia said. “We have a duty to use our voices and education to speak out against injustice wherever we see it.”

Meanwhile, more than 20 faculty and alumni — and law students Tanairi Alcaraz, Aldo Martinez Gomez and Fabián Sánchez Coronado — worked to prepare emergency motions for court, arguing the people being detained were being held unconstitutionally. There was constant communication between those in Davis and the trio at the airport, including negotiations with customs agents. Those involved also worked with state and federal lawmakers to press for more access to the detained.

“I really think this is a moment in our history that is testing our democracy,” Cooper said. “We need to pause everything that’s going on, and we need to put all our effort into challenging this. If this is allowed to stand, we can’t call this country a democracy with checks and balances.”

Their work stopped an elderly Iranian couple from being deported; reunited a man with his bride-to-be, the former having come here on a fiancé visa; and obtained state and federal assistance for a pregnant woman being held at a hospital.

Cooper said the UC Davis team used social media groups to stay up-to-date about what kind of increased scrutiny people entering the country were facing and which airports seemed to be acting more leniently.

She said the response brought together law faculty who don’t normally work in immigration law to weigh in on things like the constitutionality of the executive order.

The Immigration Law Center also has been inundated with questions about how people can volunteer, Cooper said. She said the center will host a training for interested lawyers in the coming days, and is accepting donations. Anyone interested in volunteering can contact Cooper by email or phone, 530-754-4833.