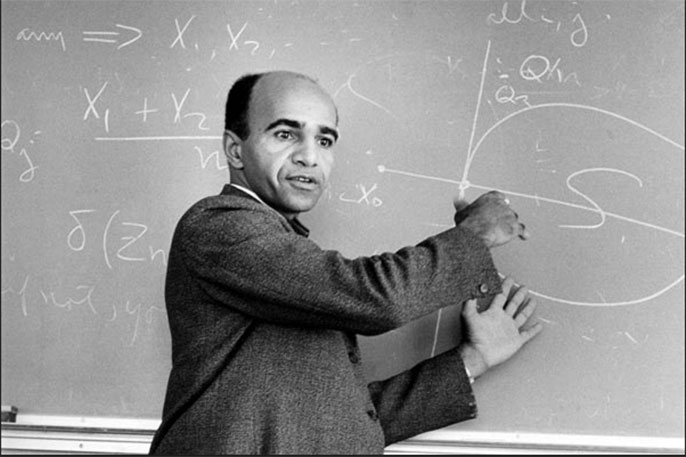 Credit: Courtesy of the Bancroft Library

In 1942 a young African American Ph.D. in mathematics, David Blackwell, interviewed for a teaching job at Berkeley. He was hired, but not for many years.

When finally invited to join the statistics faculty in 1952, several of Blackwell’s new colleagues told him there was a backstory to his failed application a decade earlier. It had been decided to offer him a position in mathematics, they said, but the wife of the departmental chair, who sometimes invited the faculty to dinner, insisted she would not have a black person in her house — and the offer was squelched.

Blackwell, who eventually became the first tenured black professor in the University of California system, shares this vivid memory in a 10-hour interview with the Bancroft Library’s Regional Oral History Office (ROHO). His life history is part of a recently completed oral-history series on 18 pioneering African American faculty and senior administrators, hired before the advent of affirmative-action policies in the 1970s, who broke barriers and laid the groundwork for those who followed.

Twelve years in the making, the series involves more than 250 hours of interviews, tracing the subjects’ life journeys and recounting transformative events, such as the Third World College Strike of 1969, which led to curricular and institutional changes at Berkeley that reverberated across the nation. The oldest of the interviewees is dramatic-arts lecturer Henrietta Harris, born in 1916; Blackwell was born in 1919 and died in 2010.

The interviews shed light on the courage involved in being a pioneer and role model, the role of historically black colleges, and how the interviewees’ lives intersected with major historical events and figures, says Neil Henry, ROHO interim director and associate professor of journalism. He notes that some pioneering colleagues — among them Barbara Christian (African American studies), O’Neil Ray Collins (botany), Harry Morrison (physics), William Shack (anthropology), Kenneth Harlan Simmons (architecture) and Staten Wentford Webster (education) — passed away before they could be included in the project.

A number of the interviewees, now in their 70s and beyond, were on hand for a historic reunion in the Morrison Library May 16, which happened to be the eve of the 60th anniversary of Brown v. Board of Education, the Supreme Court decision outlawing segregation in public education, which figures large in the lives of many of those gathered.

“This is a party we’ve been waiting 12 years to have… There couldn’t be a better day to have this celebration,” said Bancroft director Elaine Tennant.

Both Russ Ellis, professor emeritus of architecture and former vice chancellor of undergraduate affairs, and keynote speaker Patricia Williams, legal scholar and Nation columnist, spoke of the joy of reading interviewees’ words. The life stories serve as “a lens through which we can better understand what needs to be done for the next generation’s survival,” Williams said.

Chancellor Nicholas Dirks, a historian as well as anthropologist, predicted the series will become one of ROHO’s “most important and enduring” contributions.

Following formal presentation of the completed oral histories, each bound in blue, interviewees were invited to view “The Originals,” an exhibition showcasing photos and excerpts from the project, on display in the Rowell Cases, located in the Bancroft-Doe corridor, through August.

The series website includes complete transcripts and video excerpts of the oral-history interviews.