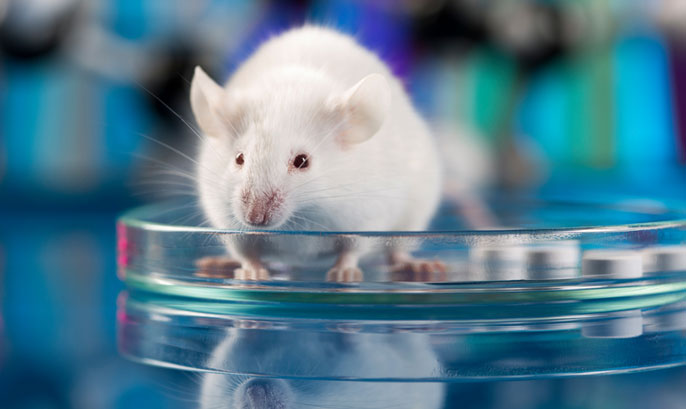 The findings, published in the online October 13 issue of Cancer Cell, also present a potential alternative method for treating glioblastomas (GBM), the most common and most aggressive form of brain cancer. GBMs are extremely difficult to treat. The median survival rate is just over 14 months, with few treated patients living five years or more past diagnosis.

Adult brain cancers are almost universally fatal, in part because of the biochemical composition of the central nervous system (CNS) and the blood-brain barrier, which selectively and protectively limits the passage of molecules from the body into the brain, but which also blocks most existing chemotherapies, contributing to treatment failure.

This includes blocking small molecule inhibitors that target growth factor receptors, which have not proven to be effective with brain cancers, possibly due to their inability to get past the blood-brain barrier and achieve sufficiently high levels in the central nervous system.

“Researchers have been thinking about ways to deal with this problem,” said senior author Paul S. Mischel, M.D., a member of the Ludwig Cancer Research branch at UC San Diego and professor in the UC San Diego School of Medicine Department of Pathology. “We have been challenged by the fact that GBMs are among the most genomically-well characterized forms of cancer, with clear evidence of targetable driver oncogene mutations but this information has yet to benefit patients, at least in part, because the drugs designed to target these oncogenes have difficulty accessing their targets in the brain. We have been trying to find an alternative way to use this information to develop more effective treatments.

“One such approach stems from the observation that oncogenes (mutated genes) can rewire the biochemical pathways of cells in ways that make them dependent on proteins that are not themselves encoded by oncogenes. Targeting these ‘oncogene-induced co-dependencies’ opens up a much broader pharmacopeia, including the use of drugs that aren’t traditionally part of cancer drug pipelines but have better pharmacological properties.”

In previous research, Mischel and others had noted GBM cells cannot synthesize cholesterol, which is vital to cell structure and function, particularly in the brain. Instead, GBM cells derive what they need from brain cells called astrocytes, which produce cholesterol in abundance. Roughly 20 percent of total body cholesterol is found in the brain.

When normal cells have sufficient cholesterol, they convert some of it into molecules called oxysterols, which activate a receptor in the cell’s nucleus — the liver X receptor (LXR) — to shut down the uptake of cholesterol.

“So when normal cells get enough cholesterol, they stop making it, stop taking it up and start pumping it out,” said Mischel. “We found that in GBM cells, this mechanism is completely disrupted. They’re like parasites of the brain’s normal cholesterol system. They steal cholesterol and don’t have an off switch. They just keep gobbling the stuff up.”

In mouse models, LXR-623 easily crossed the blood-brain barrier to bind with LXRs in normal cells, stimulating the production of oxysterols and the reduction of cholesterol. There was no effect upon healthy neurons and other brain cells, the scientists found, but GBM cells were deprived of vital cholesterol, resulting in cell death and tumor regression.

“Disrupting cholesterol import by GBM cells caused dramatic cancer cell death and shrank tumors significantly, prolonging the survival of the mice,” said Mischel. “The strategy worked with every single GBM tumor we looked at and even on other types of tumors that had metastasized to the brain. LXR-623 also had minimal effect on astrocytes or other tissues of the body.”

Mischel suggested the GBM strategy could be implemented in clinical trials using drug-candidates under development or in early trials.