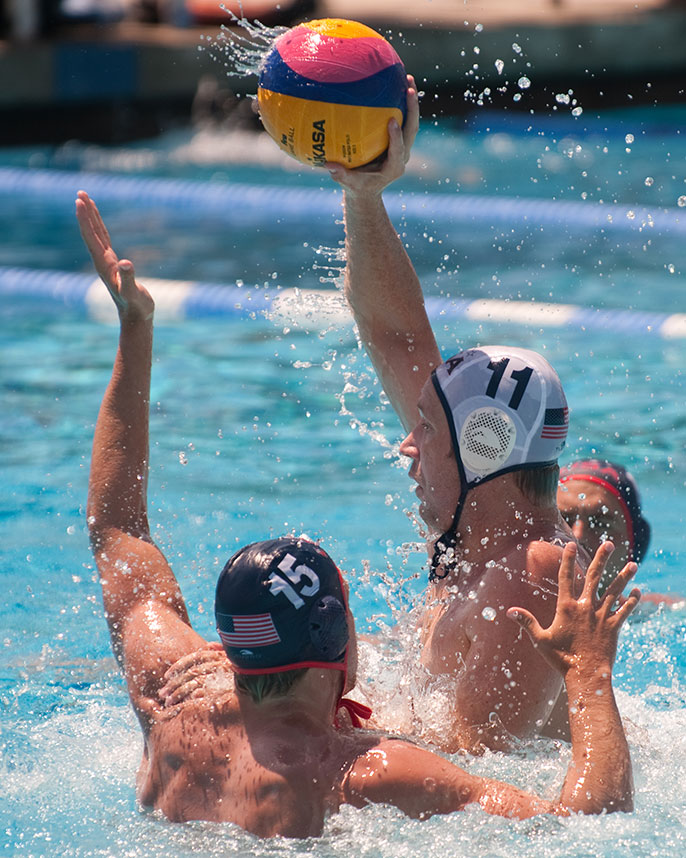 UC Irvine, a water polo powerhouse that has produced several Olympians, is leading the nation’s first such study to assess concussion risk in water polo.

UC Irvine physiologist James Hicks’ three sons all played water polo. Watching them compete, he noticed how physical the sport can be — elbows, head butts, the ball flying at high speeds. His oldest son once had to be dragged out of the pool after suffering a blow.

Yet when he searched for concussion data on water polo, he realized there was virtually nothing out there.

Now, Hicks and his UC Irvine colleagues are changing that. In the nation’s first such study to assess concussion risk in water polo, they area surveying athletes, firing balls at the head of a crash-test dummy and outfitting players with G-force monitors in their caps to record the intensity of head impacts.

Early findings into the fast-growing contact sport are revealing. In a survey of nearly 1,500 athletes, about 36 percent said they had suffered a concussion while playing water polo; 60 percent of goalies who played college or higher said they experienced multiple concussions. For goalies, the risk appears highest during practices, when they face a barrage of shots.

“Concussions are an issue in water polo, and there’s a high prevalence in goalies,” Hicks said. “We’d like to look at the records of our campuses that play water polo and see the number of concussions” to help determine the incidence rate.

It makes sense that this groundbreaking work would happen at UC Irvine. The campus is a water polo powerhouse in the sport’s mecca, Orange County.

Hicks, together with Athletic Director Michael Izzi and water polo head coaches Marc Hunt and Dan Klatt, have been working with UC Irvine neurologist Steven Small and Cal Poly Pomona neuroscientist Robert Blumenfeld to assess water polo risks. USA Water Polo, based in neighboring Huntington Beach, encouraged members to participate in the survey. Researchers asked how long athletes had played the sport, their positions and frequency of hits to the head. Their findings have now been submitted for publication.

UC Irvine engineering students also have gotten involved: Shooting water polo balls at the head of a crash-test dummy, they have been gauging the impact of blows at various speeds (30-50 mph) and inflation levels.

“You can’t do that on a person,” Hicks said.

The students found that while velocity matters, so does inflation. Reducing inflation pressure lowered the impact of force and could be one easy way that the sport could increase player safety, Hicks said.

UC Irvine water polo players have begun wearing accelerometers in their caps to record the intensity of head impacts. Early data show that goalies have the highest impacts, particularly in practice, followed by 2-meter (center) players.

Hicks hopes that these water polo studies will help make the sport safer.

“I think water polo is a great game,” Hicks said. “I’m a huge sports fan. I played high school football. As a physiologist, I want to know what can we learn about the game to better manage it.”