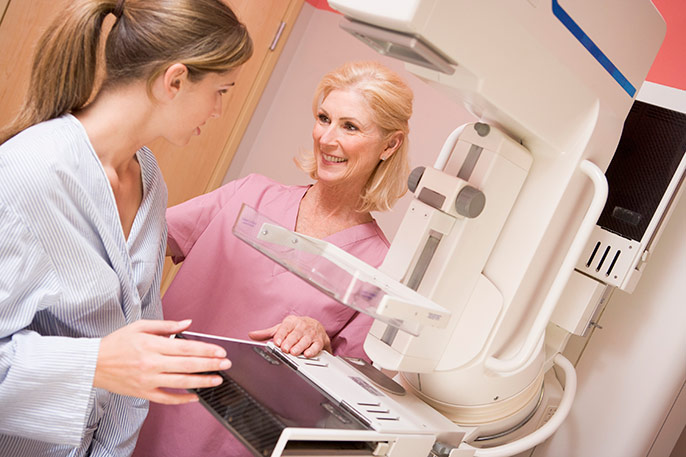 Listen to a JAMA Oncology podcast with Miglioretti.

Watch a video of Miglioretti explaining the research findings.

Published online today (Oct. 20) in the Journal of the American Medical Association Oncology, the research also suggests that premenopausal women over age 40 deciding whether to undergo mammography may want annual mammograms to increase their chances of finding cancers at an earlier stage; however, they should weigh this potential benefit against the increased potential for false alarms, which occur more often with more frequent screening.

The findings answer questions debated for many years: How often should women be screened, will some women benefit more from a shorter screening interval, and can others safely be screened less frequently?

The research was conducted with data from the Breast Cancer Surveillance Consortium (BCSC), the nation’s largest collection of information on mammography, which consists of six breast imaging registries across the U.S. Miglioretti, UC Davis Dean’s Professor in Biostatistics, also serves as co-leader of the BCSC and as a senior investigator at the Group Health Research Institute in Seattle. Group Health is one of the BCSC registries and also houses the BCSC’s coordinating center, led by Miglioretti.

The American Cancer Society, which sponsored the BCSC study, published its new breast screening guidelines today in JAMA. The ACS used the consortium findings, as well as a review of existing evidence on screening mammography outcomes, to develop its new recommendations.

For the study, Miglioretti and colleagues looked at 15,440 women between the ages of 40 and 85 who had been diagnosed with breast cancer within one year of an annual screening mammogram or within two years of a biennial screening mammogram.  They defined annual mammograms as mammograms performed 11 to 14 months apart and defined biennial mammograms as mammograms performed 23 to 26 months apart. (The new study refines earlier research by the BCSC, which used wider screening intervals to classify women as annual or biennial screeners).

Instead, she said, the differences found were based on the women’s menopausal status — not on their age.

Conversely, they found that postmenopausal women who were not using hormone therapy and were diagnosed as having breast cancer following a biennial or annual screen had similar proportions of tumors with less favorable prognostic characteristics. This was also true for women aged 50 and older.

Miglioretti noted, however, that women should be informed that the potential benefit of diagnosing cancers at an earlier stage with annual screening increases the risk of false positive recalls for further testing and biopsies, which are 1.5 to two times higher in women screened annually versus biennially.

Miglioretti added that some women, such as those who have had their ovaries removed or are using certain types of birth control that result in not having periods, may not know their menopausal status. These women may want to base their screening decisions on their age instead. For example, the vast majority of women are postmenopausal by the time they are 55.

To move toward a more personalized approach to screening, Miglioretti said future research should work to identify other risk factors that affect the benefits or harms of screening. She added that the BCSC data will continue to provide new insights into how clinicians can tailor screening recommendations to ensure women undergoing screening have the greatest opportunity to have breast cancer diagnosed early, when treatment is more successful, and at the same time, keep call-backs and other potential downsides of the screening process to a minimum.