Drinking eight ounces a day of sugary soda can age a person by as much as two years, according to a UCSF study.

It wasn't just celebrity gossip and piano playing cats that generated Internet buzz in 2014. Academic studies from the University of California were among the most talked about research in online and popular media.

UK-based tracking firm Altmetric tallied the number of mentions in mainstream and social media, blog posts, YouTube and other platforms to compile its list of the top 100 academic papers that captured the most public interest in 2014. Twelve UC-affiliated studies made the list, including research on how coffee affects memory, the health impacts of soda, and the genes of our early human ancestors.

Altmetric's list, while not intended as an official indicator of impact or academic integrity, offers a glimpse of how research findings percolate into popular culture.

Topping the list was a study conducted by Cornell University, in partnership with UC San Francisco and Facebook, that investigated whether social media could influence the mood of its users.

Other studies that captured the public imagination included work at Berkeley, Irvine, UCLA, San Diego, Santa Barbara and Santa Cruz, in disciplines ranging from psychology and health to anthropology and physical science.

Among the buzzworthy research of 2014:

Solving the mystery of the moving rocks

The so-called sailing stones of Death Valley — rocks of up to 700 pounds that seem to have ambled across the desert on their own, leaving long tracks in their wake — have puzzled scientists and observers for decades. After two years of carefully monitoring the stones' movement, scientists at scientists at UC San Diego’s Scripps Institution for Oceanography cracked the case. They found that, under rare weather conditions, thin sheets of ice form on the desert floor and then quickly evaporate, pushing the stones ahead of them as they melt.

Call it another reason to go for a second cup: UC Irvine neurobiologist Michael Yassa found that caffeine doesn’t just boost energy — it can also boost one’s ability to remember details for up to 24 hours after it is consumed. Researchers gave caffeine to subjects who don’t usually consume it, and found that those who got a java jolt did better on memory tests than those who didn’t or who were given a placebo. 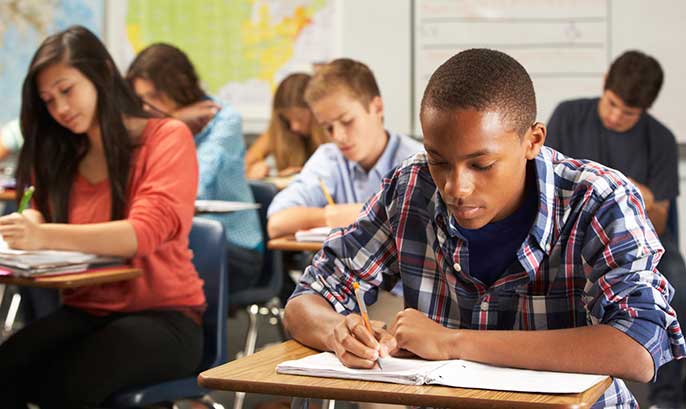 Writer’s cramp aside, a study by Daniel Oppenheimer of UCLA found that those who took notes by hand retained information and demonstrated better conceptual grasp of lecture material than those who took notes on laptops or tablets.  Part of the reason, the team posited, is that long-hand note-takers rephrased the material in their own words while those typing notes tended to transcribe it word for word.

If coffee improves memory, lack of sleep seems to erode it. UC Irvine researchers showed study participants a series of images depicting a burglary in progress and asked them to remember key details 24 hours later. Participants who'd had a good night’s sleep had better recall of the events, while those who had pulled all-nighters or slept for just a few hours were more likely to misremember and even invent details.

Young blood holds clues to the fountain of youth

Offering new possibilities for the treatment of diseases of aging — and plenty of fodder for vampire lit — a study by UC San Francisco’s Saul Villeda found that blood from young mice had a rejuvenating effect on the brains of their elders. Infusing old mice with young blood sharpened brain functioning, spurring the growth of blood vessels and neural pathways.

Getting to know our Neanderthal cousins 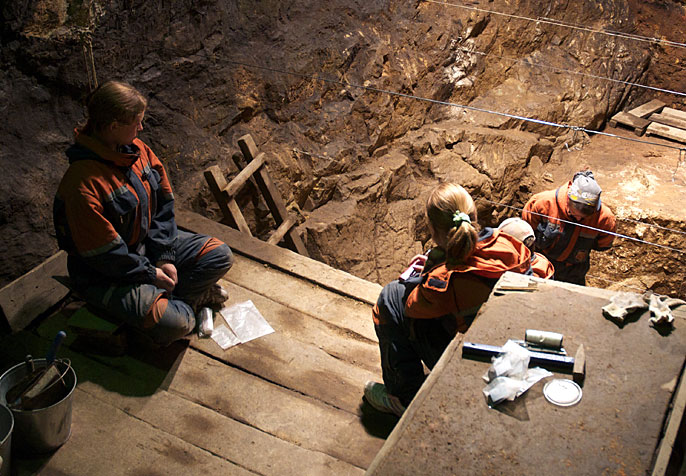 UC Berkeley researchers were among an international team of scientists to reconstruct the genome of a 130,000-year old Neanderthal female from a toe bone found in a cave in Siberia. The most detailed glimpse into our Neanderthal ancestors thus far, the research yielded a trove of insights, including evidence that hominid species regularly interbred, and that far fewer genetic traits distinguish us from Neanderthals than previously suspected.

A mass extinction is underway

Earth is in the early stages of a mass species extinction, the sixth such die-off in the planet’s history, according to a study co-authored by scientists at UC Santa Barbara. The study found that hundreds of species have gone extinct in the past 500 years, and populations of many remaining species have thinned, largely due to human activity.

Sugary soda could take years off your life

Drinking eight ounces a day of sugary soda can age a person by as much as two years, while a 20-ounce-a day habit does so by almost five, according to a UCSF study. Researchers looked at the link between soda consumption and the length of a person’s telomeres, the all-important tip of a human chromosome. Telomeres seem to shorten with age and poor health.

Discovering dust from beyond the stars

An international team led by UC Berkeley scientists identified the first samples of space dust collected from beyond our own solar system. The particles, collected by NASA’s Stardust Spacecraft, reflected a surprising diversity of chemical composition and structures and could offer new insights into how our solar system was formed.