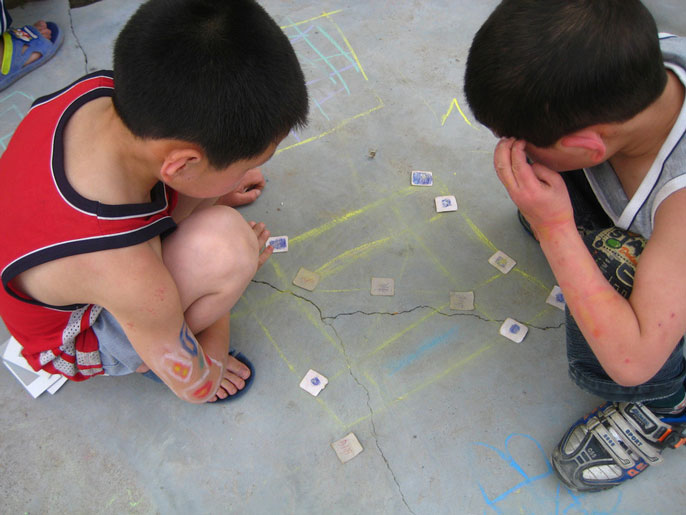 What makes gifted kids from advantaged families get ahead?

In 1983, the National Commission on Excellence in Education published A Nation At Risk: The Imperative for Educational Reform, which documented widespread academic underachievement at every level, concluding:

For the first time in the history of our country, the educational skills of one generation will not surpass, will not equal, will not even approach, those of their parents.

In 1996, education researchers Camilla Benbow and Julian Stanley published a paper reviewing decades of evidence showing the achievement of students with high intellectual potential had markedly declined, building upon A Nation at Risk by arguing:

Our nation’s brightest youngsters, those most likely to be headed for selective colleges, have suffered dramatic setbacks over the past two decades. This has grave implications for our country’s ability to compete economically with other industrialized nations.

One of their key points was that the federal education K-12 budget allocated a mere 0.0002 percent for “gifted and talented education,” programs targeted at helping the most academically advanced students develop their talents.

Fast forward another two decades. In a paper just published in the journal Policy Insights from the Behavioral and Brain Sciences, we document that this rate has not changed at all. In the 2015 federal education budget of US$49.8 billion, gifted and talented education accounted for 0.0002 percent. In other words, for every $500,000 spent, only a single dollar was allocated for gifted education.

This consistent lack of investment in gifted kids for decades has created a deep divide between the educational, occupational and leadership attainment of low-income and high-income students.

As researchers of gifted education, we believe this has significant implications not only for the well-being of these disadvantaged students, but also for societal innovation and even America’s GDP.

A 2007 Jack Kent Cooke Foundation research study shows talented low-income students as a whole are not achieving their full potential.

Despite initially being academically talented, these students fall out of the high-achieving group during their K-12 school years. They rarely rise into the ranks of the highest achievers. Very few ever graduate from college or go on to graduate school.

This study, which defined high-achieving as the top 25 percent of students in U.S. schools, estimated that 3.4 million gifted students from lower-income families are underachieving due to a lack of opportunity.

Another study – from economists Caroline Hoxby and Christopher Avery – defined high-achieving as the top 4 percent of U.S. high school students. Here it was estimated that 35,000 low-income gifted students are underperforming.

These numbers reveal the importance of the K-12 education years. For that is when talented students from all backgrounds can be identified and given support.

It’s hard to develop talent properly if you don’t identify it early. A key part of the problem is that gifted low-income students are not being identified systematically. Typically, parents or teachers nominate individual kids as gifted. These kids are then tested and placed in educational programming that matches their ability.

Consequently, the identification of gifted children is sometimes left to the discretion of parents and teachers, which could leave out some low-income and minority children.

If such public K-12 funding is near zero, it should be no surprise that these students fail to receive the consistent educational stimulation needed to achieve at the levels they are capable of.

This is despite the fact that research from the field of gifted education has documented the impact of educational programs targeted at low-income students.

The cumulative disadvantage that low-income kids face through K-12 then carries over in higher education, which is why we see deep divides at this stage of the educational pipeline.

Education researchers Michael Bastedo and Ozan Jaquette, who analyzed decades of data, found that only 0.4 percent of students in the lowest socioeconomic group attended “most competitive” schools in 1972 and only 0.5 percent in 2004. Contrast this with students from the top socioeconomic group – 5.2 percent of them attended “most competitive” schools in 1972 and 6.2 percent in 2004.

This shows that low-income students are largely underrepresented and have not increased their representation at the most selective institutions.

Additional research shows low-income high-achieving students are less likely to apply to top schools. This is largely due to these students not having the academic preparation required for selective institutions. Given the intense competition involved in elite college admissions, it takes years of preparation and resources to be competitive for these colleges.

The truth is that students who end up in elite schools, by and large, are not ordinary when it comes to academic talent. In fact, they are largely in the top few percentiles of the population. And no matter what varied individual admission policies are used by each school, research by one of us shows that top scorers end up in elite schools.

In other words, elite college education is largely gifted education.

But for decades it has served as gifted or advanced education for those highly talented students who come from financially advantaged backgrounds, whose parents have devoted years of resources toward the goal of elite college admission.

Impact on leadership, innovation and GDP

So, this lack of support for gifted low-income kids has consequences for their representation in positions of leadership in society as well as lost innovations.

As we argue in our recent paper, for at least the last half-century, we have underserved low-income gifted kids, losing countless minds and corresponding innovations.

Research from the Study of Mathematically Precocious Youth, led by David Lubinski and Camilla Benbow, shows that fully developed gifted students earn doctorates and university tenure, publish fiction and nonfiction books and register patents at rates two to eight times higher than the general population. Other research too shows that gifted students have a long-term impact on GDP.

This is further corroborated by the work done by Nobel Prize-winning economist James Heckman showing that investing in students early can have a long-term economic and societal payoff and that investment in higher-ability students has a higher payoff.

Based on a synthesis of the evidence, we believe a policy focus on identifying and challenging disadvantaged students early on would contribute to leveling the playing field, fulfilling their talent and increasing their well-being. Testing all students, rather than relying on the traditional parent/teacher nomination system, will actually serve as a tool for greater fairness in placing low-income and minority students in the gifted programming they need. A small early investment in these talented students would pay off in intellectual and technological innovations, as well as GDP, benefitting us all.

As Thomas Jefferson wrote in Notes on the State of Virginia:

By that part of our plan which prescribes the selection of the youths of genius from among the classes of the poor, we hope to avail the state of those talents which nature has sown as liberally among the poor as the rich, but which perish without use, if not sought for and cultivated.

Jonathan Wai is a research scientist at Duke University and Frank C. Worrell is a professor of education at University of California, Berkeley. This article was originally published on The Conversation. Read the original article.