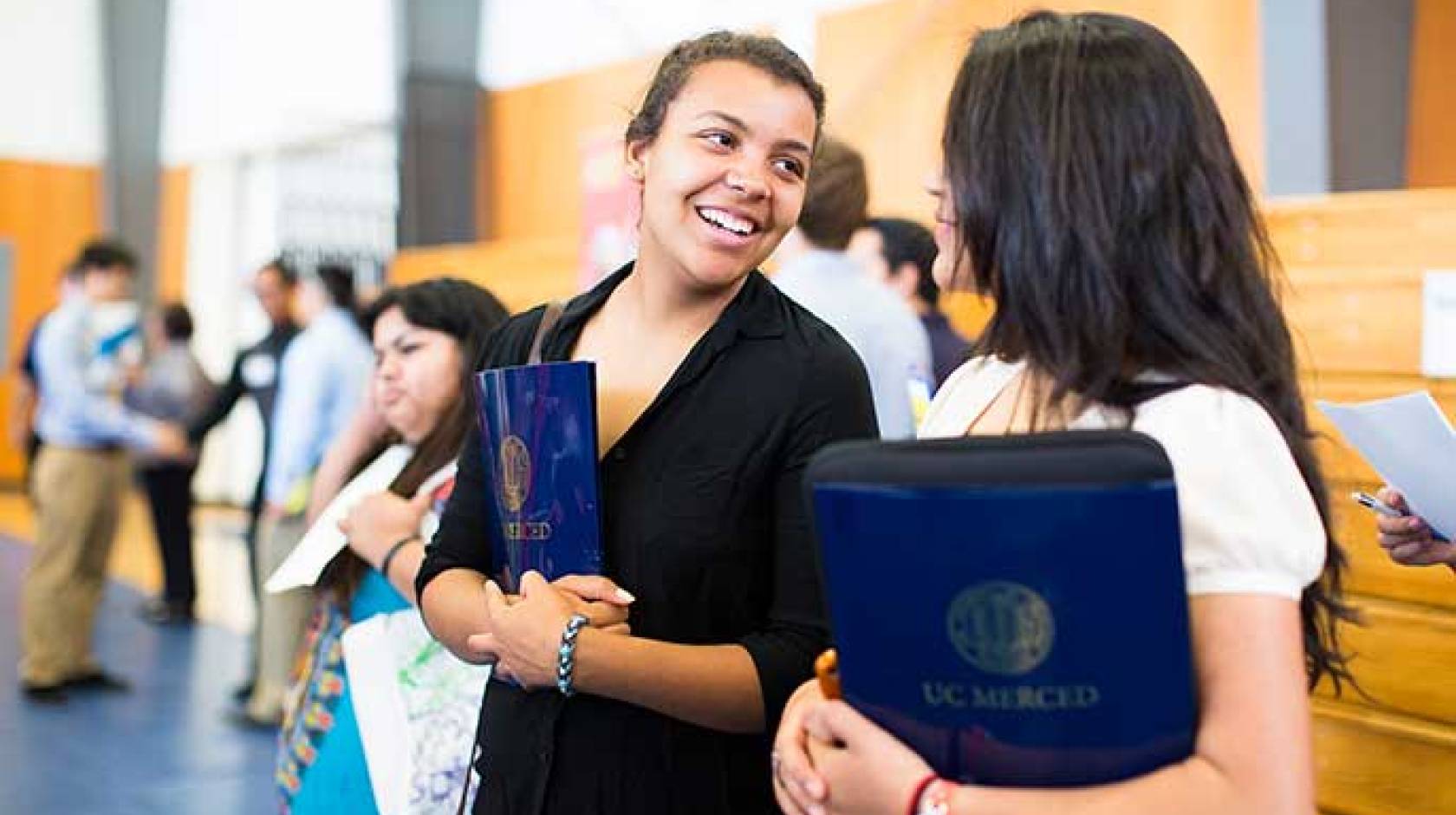 Credit:
Thousands of UC students are likely to benefit from California's Middle Class Scholarship, aimed at families with incomes up to $150,000.

Thousands of UC students soon could receive a check to offset some of their college-related expenses through a new state program aimed at assisting middle-class families.

UC officials estimate that roughly 24,000 UC undergraduates qualify for funding through California’s Middle Class Scholarship, which was approved by the legislature earlier this year and will make its first contributions to eligible students this fall.

Targeted at families with incomes up to $150,000, the program is designed to shave a bit off the college tab for those who don’t qualify for other forms of need-based aid. UC students with family incomes below $80,000 who qualify for financial aid have systemwide tuition fully covered through the Blue and Gold Opportunity Plan, and often receive state and federal assistance.

“We know that many families who are just out of reach of need-based aid struggle to pay for their children’s education,” said Christopher Carter, director of student financial support at UC Office of the President. “This could really help.”

The scholarship is designed to be rolled out over four years, with the amount students can receive increasing progressively until the program is fully funded in 2017.

In its first year, eligible students will receive up to $1,700. That may not significantly reduce tuition, but it can defray costs such as textbooks and other expenses, said Kerry Franzetta, policy and program analyst for student affairs at UC Office of the President.

Once fully implemented, however, the scholarship could provide a far more significant contribution: 10 to 40 percent of tuition and fees, depending upon a student’s level of need. Based on the cost of a UC education today, that could amount to as much as $5,000 a year.  “That’s $20,000 over the course of a person’s education,” Franzetta said. “That could be a real decision-maker for a student.”

A new source of aid

State officials determine eligibility for the Middle Class Scholarship once all other state, federal and institution-based assistance has been taken into account. For that reason, funds awarded through the scholarship likely will lag other assistance, which is given to students in the spring.

Cal Grants, Pell Grants, UC grants, the Cal Vet fee waivers, and other awards specifically targeting tuition offset a student’s eligibility for the Middle Class Scholarship. However, certain other awards — such as those that are merit-based — do not affect what a student may receive. Nor does any form of student loans.

To qualify for the program, students must fill out the Free Application for Student Aid (FAFSA), the same application used to determine other types of financial aid. Undocumented students should fill out the California Dream Act application.

Students should complete the FAFSA or the California Dream Act application even if they don’t consider themselves eligible for aid, UC officials said.  “A lot of students screen themselves out thinking they won’t qualify,” said Franzetta. “Especially with this new funding, they might be leaving assistance on the table.”

Funds to arrive in time for spring term

There have been a few hiccups in implementing the program as state officials have worked to iron out exactly just who is eligible, and for how much.

The California Student Aid Commission, which administers the program, initially had planned to notify students about their awards over the summer. That now has been pushed back to mid-September. While the timing of the awards likely will be too late to be used for fall tuition, they can be put toward other education-related expenses or toward payment for upcoming terms.

There are a few other provisos. Because the pool of money set aside for the scholarship for the 2014-15 school year is capped at $107 million, the funds available to each student may be reduced if more students qualify than were anticipated. The program’s rollout also depends upon continued funding by the state legislature, which must set and approve its budget each year.

Despite such limitations, UC officials point out that it represents a new avenue of assistance for students who traditionally haven’t been eligible.  “When it comes to paying for college, every bit helps,” said Carter.