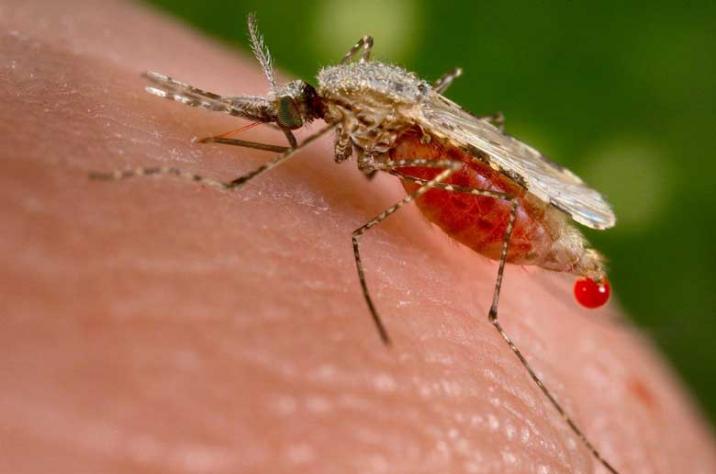 The Anopheles stephensi mosquito is a major vector of malaria in India and the Middle East.

Mosquitoes bred to be unable to infect people with the malaria parasite are an attractive approach to helping curb one of the world's most pressing public health issues, according to UC Irvine scientists.

Anthony James and colleagues from UC Irvine and the Pasteur Institute in Paris have produced a model of the Anopheles stephensi mosquito — a major source of malaria in India and the Middle East — that impairs the development of the malaria parasite. These mosquitoes, in turn, cannot transmit the disease through their bites.

"Our group has made significant advances with the creation of transgenic mosquitoes," said James, a UC Irvine Distinguished Professor of microbiology & molecular genetics and molecular biology & biochemistry. "But this is the first model of a malaria vector with a genetic modification that can potentially exist in wild populations and be transferred through generations without affecting their fitness."

More than 40 percent of the world's population lives in areas where there is a risk of contracting malaria. According to the Centers for Disease Control & Prevention, 300 million to 500 million cases of malaria occur each year, and nearly 1 million people die of the disease annually — largely infants, young children and pregnant women, most of them in Africa.

James said one advantage of his group's method is that it can be applied to the dozens of different mosquito types that harbor and transmit the Plasmodium falciparum parasite, including those in Africa. Study results appear this week in the early online version of the Proceedings of the National Academy of Sciences.

The researchers conceived their approach through mouse studies. Mice infected with the human form of malaria create antibodies that kill the parasite. James' team exploited the molecular components of this mouse immune-system response and engineered genes that could produce the same response in mosquitoes. In their model, antibodies are released in genetically modified mosquitoes that render the parasite harmless to others.

"We see a complete deletion of the infectious version of the malaria parasite," said James, a member of the National Academy of Sciences. "This blocking process within the insect that carries malaria can help significantly reduce human sickness and death."

He and his colleagues have pioneered the creation of genetically altered mosquitoes that limit the transmission of dengue fever, malaria and other vector-borne illnesses.

Alison Isaacs, Nijole Jasinskiene and Mikhail Tretiakov of UC Irvine and Isabelle Thiery, Agnes Zettor and Catherine Bourgouin of the Pasteur Institute contributed to the study, which received support from the National Institute of Allergy & Infectious Diseases — a National Institutes of Health entity — through grant number R37 AI029746.

About the University of California, Irvine: Founded in 1965, UC Irvine is a top-ranked university dedicated to research, scholarship and community service. Led by Chancellor Michael Drake since 2005, UC Irvine is among the most dynamic campuses in the University of California system, with nearly 28,000 undergraduate and graduate students, 1,100 faculty and 9,000 staff. Orange County's second-largest employer, UC Irvine contributes an annual economic impact of $4 billion. For more news, visit www.today.uci.edu.