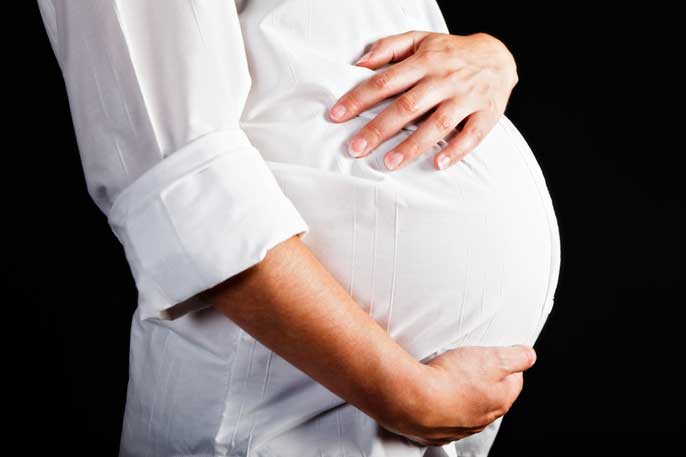 Researchers at the University of California, San Diego School of Medicine and the Allen Institute for Brain Science have published a study that gives clear and direct new evidence that autism begins during pregnancy.

The study will be published in the March 27 online edition of the New England Journal of Medicine.

The researchers — Eric Courchesne, Ph.D., professor of neurosciences and director of the Autism Center of Excellence at UC San Diego, Ed S. Lein, Ph.D., of the Allen Institute for Brain Science in Seattle, and first author Rich Stoner, Ph.D., of the UC San Diego Autism Center of Excellence — analyzed 25 genes in post-mortem brain tissue of children with and without autism. These included genes that serve as biomarkers for brain cell types in different layers of the cortex, genes implicated in autism and several control genes.

“Building a baby’s brain during pregnancy involves creating a cortex that contains six layers,” Courchesne said. “We discovered focal patches of disrupted development of these cortical layers in the majority of children with autism.” Stoner created the first three-dimensional model visualizing brain locations where patches of cortex had failed to develop the normal cell-layering pattern.

“The most surprising finding was the similar early developmental pathology across nearly all of the autistic brains, especially given the diversity of symptoms in patients with autism, as well as the extremely complex genetics behind the disorder,” explained Lein.

The study found that in the brains of children with autism, key genetic markers were absent in brain cells in multiple layers. “This defect,” Courchesne said, “indicates that the crucial early developmental step of creating six distinct layers with specific types of brain cells — something that begins in prenatal life — had been disrupted.”

Equally important, said the scientists, these early developmental defects were present in focal patches of cortex, suggesting the defect is not uniform throughout the cortex. The brain regions most affected by focal patches of absent gene markers were the frontal and the temporal cortex, possibly illuminating why different functional systems are impacted across individuals with the disorder.

“The fact that we were able to find these patches is remarkable, given that the cortex is roughly the size of the surface of a basketball, and we only examined pieces of tissue the size of a pencil eraser,” said Lein. “This suggests that these abnormalities are quite pervasive across the surface of the cortex.”

Data collected for the Allen Brain Atlas, as well as the BrainSpan Atlas of the Developing Human Brain was developed by a consortium of partners and funded by the National Institute of Mental Health. It allowed scientists to identify specific genes in the developing human brain that could be used as biomarkers for the different layer cell types.

Researching the origins of autism is challenging because it typically relies upon studying adult brains and attempting to extrapolate backwards. “In this case,” Lein noted, “we were able to study autistic and control cases at a young age, giving us a unique insight into how autism presents in the developing brain.”

“The finding that these defects occur in patches rather than across the entirety of cortex gives hope as well as insight about the nature of autism,” added Courchesne.

According to the scientists, such patchy defects, as opposed to uniform cortical pathology, may help explain why many toddlers with autism show clinical improvement with early treatment and over time. The findings support the idea that in children with autism the brain can sometimes rewire connections to circumvent early focal defects, raising hope that understanding these patches may eventually open new avenues to explore how that improvement occurs.