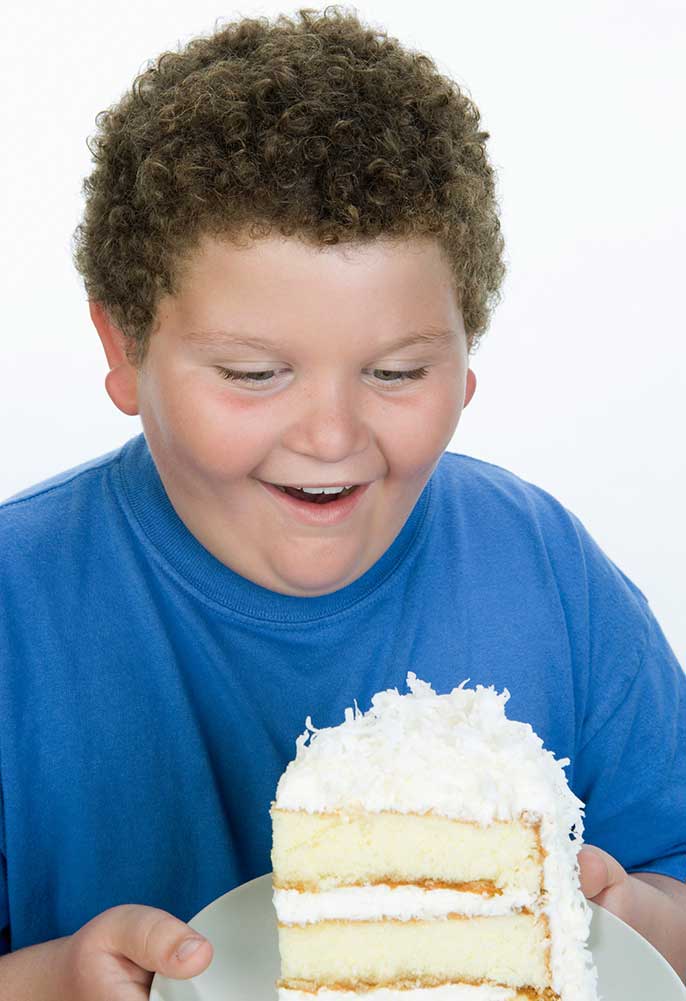 A new study led by researchers at University of California, San Diego School of Medicine finds that the brains of obese children literally light up differently when tasting sugar.

Published online in International Journal of Obesity, the study does not show a causal relationship between sugar hypersensitivity and overeating but it does support the idea that the growing number of America’s obese youth may have a heightened psychological reward response to food.

This elevated sense of “food reward” — which involves being motivated by food and deriving a good feeling from it — could mean some children have brain circuitries that predispose them to crave more sugar throughout life.

“The take-home message is that obese children, compared to healthy weight children, have enhanced responses in their brain to sugar,” said first author Kerri Boutelle, PhD, professor in the Department of Psychiatry and founder of the university’s Center for Health Eating and Activity Research (CHEAR).

“That we can detect these brain differences in children as young as eight years old is the most remarkable and clinically significant part of the study,” she said.

For the study, the UC San Diego team scanned the brains of 23 children, ranging in age from 8 to 12, while they tasted one-fifth of a teaspoon of water mixed with sucrose (table sugar). The children were directed to swirl the sugar-water mix in the mouth with their eyes closed, while focusing on its taste.

Ten of the children were obese and 13 had healthy weights, as classified by their body mass indices. All had been pre-screened for factors that could confound the results. For example, they were all right-handed and none suffered from psychiatric disorders, such as anxiety or ADHD. They also all liked the taste of sucrose.

The brain images showed that obese children had heightened activity in the insular cortex and amygdala, regions of the brain involved in perception, emotion, awareness, taste, motivation and reward.

Notably, the obese children did not show any heightened neuronal activity in a third area of the brain — the striatum — that is also part of the response-reward circuitry and whose activity has, in other studies, been associated with obesity in adults.

The striatum, however, does not develop fully until adolescence. The researchers said one of the interesting aspects of the study is that the brain scans may be documenting, for the first time, the early development of the food reward circuitry in pre-adolescents.

“Any obesity expert will tell you that losing weight is hard and that the battle has to be won on the prevention side,” said Boutelle, who is also a clinical psychologist. “The study is a wake-up call that prevention has to start very early because some children may be born with a hypersensitivity to food rewards or they may be able to learn a relationship between food and feeling better faster than other children.”

According to studies, children who are obese have an 80 to 90 percent chance of growing up to become obese adults. Currently about one in three children in the U.S. is overweight or obese.

To learn more CHEAR and its weight management programs for children, call (855) 827-3498 or email chear@ucsd.edu.