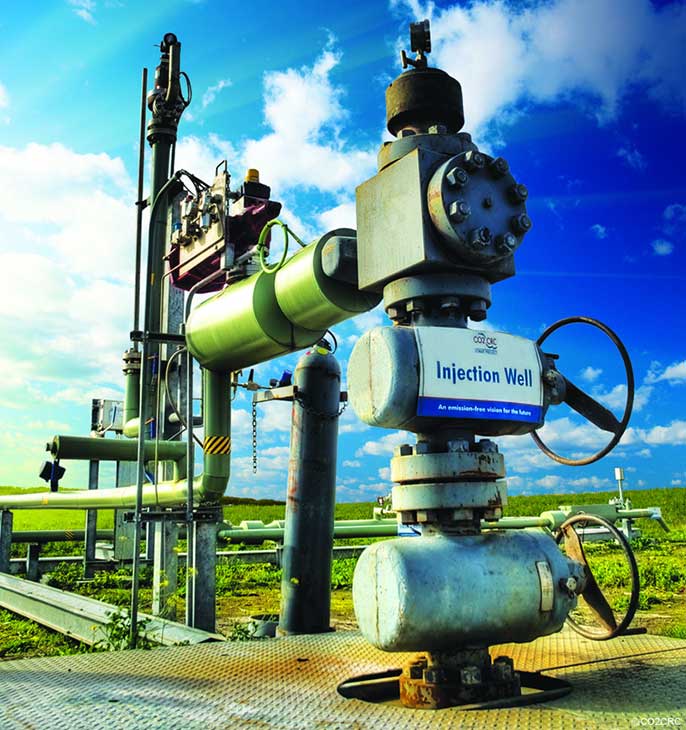 Generating electricity from biomass, such as urban waste and sustainably-sourced forest and crop residues, is one strategy for reducing greenhouse gas emissions, because it is carbon-neutral: it produces as much carbon as the plants suck out of the atmosphere.

A new UC Berkeley study shows that if biomass electricity production is combined with carbon capture and sequestration in the western United States, power generators could actually store more carbon than they emit and make a critical contribution to an overall zero-carbon future by the second half of the 21st century.

By capturing carbon from burning biomass — termed bioenergy with carbon capture and sequestration (BECCS) — power generators could become carbon-negative even while retaining gas- or coal-burning plants with carbon capture technology. The carbon reduction might even offset the emissions from fossil fuel used in transportation, said study leader Daniel Sanchez, a graduate student in UC Berkeley’s Energy and Resources Group.

“There are a lot of commercial uncertainties about carbon capture and sequestration technologies,” Sanchez admitted. “Nevertheless, we’re taking this technology and showing that in the Western United States 35 years from now, BECCS doesn’t merely let you reduce emissions by 80 percent — the current 2050 goal in California — but gets the power system to negative carbon emissions: you store more carbon than you create.”

BECCS may be one of the few cost-effective carbon-negative opportunities available to mitigate the worst effects of anthropogenic climate change, said energy expert Daniel Kammen, who directed the research. This strategy will be particularly important should climate change be worse than anticipated, or emissions reductions in other portions of the economy prove particularly difficult to achieve.

“Biomass, if managed sustainably, can provide the ‘sink’ for carbon that, if utilized in concert with low-carbon generation technologies, can enable us to reduce carbon in the atmosphere,” said Kammen, a professor of energy in UC Berkeley’s Energy and Resources Group and director of the Renewable and Appropriate Energy Laboratory (RAEL) in which the work was conducted.

Sanchez, Kammen and their colleagues published their analysis of BECCS in western North America today (Feb. 9) in the online journal Nature Climate Change.

Though the financial costs, not to mention technological hurdles, of capturing carbon from biomass power plants and compressing it underground are huge, the Intergovernmental Panel on Climate Change (IPCC), the major international body studying the issue, assumes that it will become viable in 50 years, and includes it in its long-term predictions.

“BECCS technologies figure prominently in the IPCC’s recent Fifth Assessment Report (AR5), which focuses in part on mitigating climate change, but previous models examining BECCS deployment have not investigated its role in power systems in detail or in aggressive time frames,” said Kammen, who serves as a coordinating lead author on the IPCC.

To remedy this, the UC Berkeley scientists used a detailed computer model they developed of the West’s electric power grid to predict deployment of BECCS in low-carbon and carbon-negative power systems. This model of western North America, called SWITCH-WECC, was developed in the RAEL lab. Researchers can use SWITCH to study generation, transmission and storage options for the United States west of the Kansas/Colorado border as well as in northwest Mexico and the Canadian provinces of Alberta and British Columbia.

The study found that BECCS, combined with aggressive renewable energy deployment and fossil emissions reductions, can enable a carbon-negative power system in western North America by 2050 with up to 145 percent emissions reduction from 1990 levels. Such reductions can occur with as little as 7 percent of the power coming from BECCS. In most scenarios explored, the carbon offsets produced by BECCS are more valuable to the power system than the electricity it provides.

The study relies on a detailed spatial and temporal inventory of potential bioenergy feedstocks, such as forest residues, municipal solid waste and switchgrass, as well as complimentary renewable energy, such as wind and solar power.

Sanchez noted that burning biomass as part of BECCS may have a greater impact on greenhouse gas emissions than using these same feedstocks for biofuels, solely because of the possibility of carbon capture.

“We’re evaluating a technology with some uncertainty behind it, but we are saying that if the technology exists, it really sketches out a different kind of climate mitigation pathway than what people are assuming,” Sanchez said.

Coauthors of the study are James Nelson of the Union of Concerned Scientists, Ana Mileva of Energy and Environmental Economics (E3) and Josiah Johnston of RAEL and the Energy and Resources Group. The work was performed at RAEL.

The study was funded by the National Science Foundation, the California Energy Commission, and the Link Energy Fellowship. Computing resources for the study were provided by UC Berkeley’s Center for Information Technology Research in the Interest of Society (CITRIS).