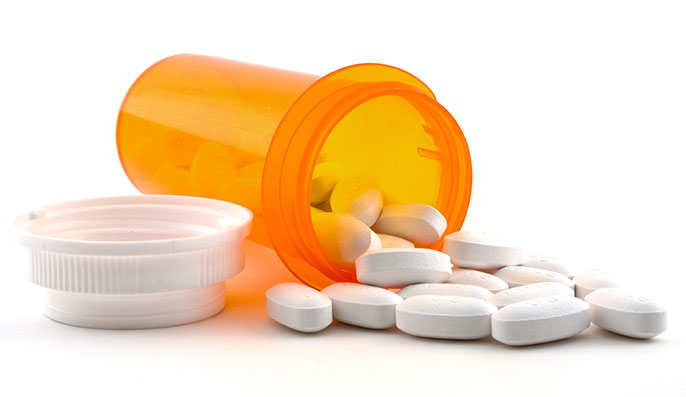 At least six states with high opioid abuse rates also have strong work restrictions that hinder nurse practitioners (NPs) in prescribing medication that can help treat the problem, according to a study by researchers at UCSF.

These states, and others with restrictive scopes of practice for NPs, should reform their regulations to take full advantage of the health care workforce in addressing the opioid crisis and meeting primary care needs, the researchers said. Their study appears April 9, 2019, in JAMA.

“An important part of addressing the opioid crisis is helping people access treatment when they need it, and medication combined with therapy is the most effective approach,” said corresponding author Joanne Spetz, Ph.D., associate director for research at Healthforce Center and professor at the Philip R. Lee Institute for Health Policy Studies, part of the Department of Family and Community Medicine, and School of Nursing at UCSF. “NPs in states requiring that they practice under physician supervision or collaboration are much less likely to get waivers to prescribe these medications, and many of these same states have the highest rates of opioid overdose and addiction.”

A shortage exists in clinicians authorized to prescribe medications for treating opioid abuse. Drugs like methadone are only available in licensed narcotics treatment programs. But in the early 2000s through the Drug Addiction Treatment Act (DATA), physicians were granted waivers to prescribe buprenorphine, which safely and effectively reduces opiate withdrawal symptoms and cravings, in office settings. A 2016 update to the law gave NPs and physician assistants (PAs) the same authority.

If an NP or PA practices in a state requiring physician collaboration or supervision, the U.S. Drug Enforcement Agency has specific requirements regarding supervisor/ collaborator qualifications. These requirements, along with the possibility a supervising physician simply may not want an NP or PA to be involved in opioid treatment, may reduce their ability to get buprenorphine waivers.

In the JAMA study, Spetz and her colleagues obtained state-level data from the Substance Abuse and Mental Health Services Administration on the number of DATA waivers for physicians, NPs and PAs as of September 2018. The percentage of physicians and NPs with waivers per state was determined by dividing by the total numbers of licensed physicians and NPs as reported in the 2016 Area Health Resource File, and the percentage for PAs determined by the 2016 National Commission on Certification of Physician Assistants.

In their analysis, the researchers classified a scope of practice as less restrictive if NPs could prescribe medications without physician oversight, and whether state PA regulations included at least five of the six essential elements of practice recommended by the American Association of Physician Assistants, which primarily advise it be defined at the practice level rather than be restricted at the state level.

Prescribing opioid treatment is too complex

Overall, there were 44,916 physicians (5.57 percent of all physicians), 7,280 NPs (3.17 percent) and 1,913 PAs (1.66 percent) with buprenorphine waivers. Greater practice restrictions were associated with a lower percentage of NPs, but not PAs, receiving waivers: in more restrictive states, 75 percent fewer NPs received waivers than those NPs working in less restrictive states.

Other states with restrictive scopes of practice for NPs include California, Florida, Oklahoma, Alabama, Arkansas, Kansas, Mississippi, Texas, Indiana, South Carolina, Louisiana and Virginia. Legislation has been introduced in California to eliminate the physician collaboration requirement, as recommended by the California Future Health Workforce Commission.

The differences in NP and PA scope-of-practice restrictions — such as regulations in all states requiring PAs, unlike NPs, to collaborate with a physician — may explain the impact on NPs, Spetz said. To learn about other barriers and strategies clinicians are using to overcome this discrepancy, the researchers will make site visits through January 2020 to four states with high opioid mortality rates — West Virginia, Ohio, Michigan and New Mexico.

“If their supervision or collaboration regulations cannot be changed, states should try to develop programs to help connect NPs with physicians willing to supervise them in offering buprenorphine,” Spetz said. “They also should make sure that NPs and PAs, and the other advanced practice nurses now allowed to get waivers, are aware of this opportunity and know how to complete the education requirement to do so.”

Funding: The research was supported by the National Council of State Boards of Nursing (NCSBN) Center for Regulatory Excellence (R101026).

Disclosures: Spetz received grants from NCSBN during the study, and personal fees from the Center to Champion Nursing in America (American Association of Retired Persons) and grants from the Robert Wood Johnson Foundation, NCSBN and California Health Care Foundation outside the submitted work. Tierney received grants from the NCSBN Center for Regulatory Excellence during the study, and honoraria from Contemporary Forums, American Society of Addiction Medicine, Cabezon Group and American Psychiatric Nurses Association; grants from the Substance Abuse and Mental Health Services Administration; and honorarium from Johnson & Johnson outside the submitted work.