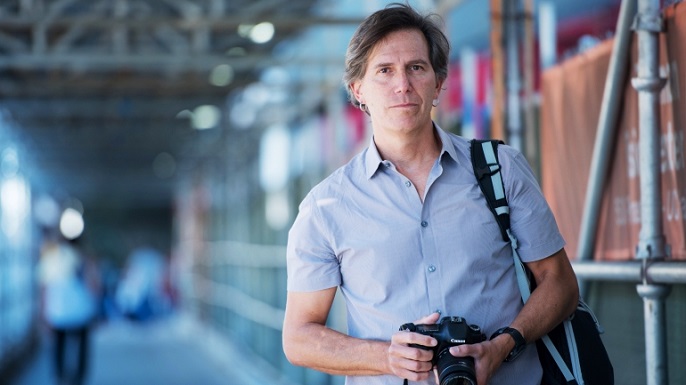 Daniel Ciccarone, M.D., MPH, is leading a nationwide study that aims to better understand the scope of the opioid crisis in America.

Opioids are natural or synthetic chemicals that interact with opioid receptors on nerve cells in the body and brain, and reduce the intensity of pain signals and feelings of pain.

The class of drugs includes the illegal drug heroin, synthetic opioids such as fentanyl, and pain medications available legally by prescription, such as oxycodone, hydrocodone, codeine and morphine.

A staggering 64,000 people in the United States died in 2016 from drug overdoses, marking a 22 percent rise from the previous year of a cause of death that now annually exceeds those caused by motor vehicle accidents and gun violence.

The primary driver of the drug overdose crisis is the ongoing opioid epidemic, which claims the lives of more than 115 people in the country every day, according to the National Institute on Drug Abuse.

“The level of death and despair in certain parts of the country is unfathomable,” said UCSF’s Daniel Ciccarone, M.D., MPH.

One of the major hurdles to curbing the epidemic is putting exact figures on the number of overdoses, how many overdoses lead to death, and the type of opioids being used.

Nationwide, several health agencies are working to collect more information about overdoses and deaths, including one that sends researchers directly into the communities stricken by opioid abuse. This in-the-field research is part of the Heroin in Transition study, led by Ciccarone.

The five-year study, funded by the National Institutes of Health, is gathering statistical data on opioid use patterns in order to gain a more accurate understanding of the changes in the heroin supply and resulting harms.

But just as importantly, the study also sends researchers, including Ciccarone, into the field to get to know and truly understand the behavior of opioid users.

Upon its conclusion in 2019, the Heroin in Transition study could end up providing the much-needed data and big picture view of the epidemic to help bring about positive change, both in policy, such as new laws requiring mental health parity and better access to services, as well as more intimate changes at the ground level, like locally tailored treatment programs.

A triple-wave epidemic of historic proportions

Today, the majority of accidental overdose deaths in the U.S are caused by opioids — the class of drugs that includes the illegal drug heroin, along with prescription pain relievers and illicitly manufactured synthetic derivatives.

The Centers for Disease Control and Prevention tallied more than 42,000 opioid-related deaths in 2016, accounting for 66 percent of total overdose fatalities. And with the number of opioid users doubling since 2008, that number is likely to continue to climb.

“The number of deaths is staggering, but we have to underline all of this through the lens of dependency,” Ciccarone said. “When you become dependent on a substance in such a way that your brain develops new, sometimes bizarre behavioral patterns, your brain is no longer normal. It is a sick organ that needs to be thought of in the same way as any other organ. People with substance use disorders deserve treatment for their illness.”

In an editorial accompanying an August 2017 special section in the International Journal of Drug Policy devoted to the opioid epidemic, Ciccarone explored how the supply of heroin into the United States has changed over time, leading to a crisis of historic proportions that he refers to as a “triple wave epidemic.”

The foundational base of the crisis, according to the editorial, was the prescription painkiller epidemic, in which powerful opiates were prescribed at alarming rates, causing mass dependency issues that continue today.

From there, a second wave made landfall in 2010 as former prescription drug patients and other new users came into heroin use, leading to a tripling of heroin-related overdoses since then.

The third and perhaps most devastating wave of the tsunami — as Ciccarone describes it — arrived in the form of new, and alarmingly powerful synthetic opioids, the most common of which is called fentanyl.

“We are absolutely in a crisis of fentanyl related overdose,” he said. “When I talk to a gentleman in West Virginia who’s lost half his high school class, when I talk to folks that say everybody knows somebody who’s died in the three months from overdose, you get to see that it’s affecting people in a very deep and despairing way.”

The proliferation of fentanyl

Approximately 40 times stronger than regular street heroin and 50 to 100 times more potent than morphine, fentanyl first infiltrated the black-market drug supply in 2014. Compared to heroin, which is naturally derived from opium poppy plants and somewhat cumbersome to manufacture, fentanyl can be produced with greater ease and at a lower cost.

The consequences of the drug’s spread are devastating. In one year’s time from 2015 to 2016, fentanyl-related deaths more than doubled in the United States. Over a three-year period, from 2014 through 2016, deaths from synthetic opioids rose an astounding 540 percent, from an estimated 3,000 to 20,000.

“Data clearly show that fentanyl carries a far greater risk of overdose than heroin, which is itself riskier than prescription opioids,” said Phillip Coffin, M.D., director of substance use research at the San Francisco Department of Public Health. “We created this crisis with an overreliance on opioids, and it will remain with us for at least a generation — there is no quick fix.”

When Ciccarone first saw hints of the third, fentanyl-propelled wave of the opioid epidemic, he was propelled to apply for grant funding for his latest research project. Now in its fourth of five years, the Heroin in Transition study uses multiple research methods to examine the rising use of novel forms of heroin, changing drug markets and resulting medical problems and social costs.

The quantitative side of the study focuses on collecting statistical data on toxicology, drug sources and overdose patterns. However, according to Sarah Mars, Ph.D., the study’s qualitative project director, numbers can only tell part of the story.

In order to gain a deeper understanding of the lives of users, Mars and Ciccarone have spent many hours in cities around the country talking with opioid users and observing them preparing and using the drugs.

This qualitative approach is particularly helpful for understanding how users perceive the heightened risks associated with fentanyl.

“The perspectives of heroin users, the people most directly affected by the opioid crisis, are often overlooked,” Mars said. “They are the ones who monitor the heroin supply on a daily basis and are acutely attuned to changes in potency, adulterants and the appearance of the drugs they use.”

From studying HIV to heroin

In 1989, Ciccarone, a young family physician and lifelong New Yorker, moved cross-country to San Francisco for two reasons. The first was to attend UCSF’s acclaimed Family and Community Medicine Residency Program at Zuckerberg San Francisco General Hospital. The second was another epidemic.

As a medical student, Ciccarone witnessed the terrible impact HIV was having on the New York community and the poor treatment of some HIV patients in the early days of the HIV/AIDS crisis. He saw a better model of care in San Francisco and was inspired to jump in.

Ciccarone was among a large influx of enthusiastic doctors and researchers who came to San Francisco to study HIV, and he soon realized that to be successful, he would need to carve out a professional niche for himself. He became involved with the injection drug use side of the HIV equation.

Now a renowned public health researcher, Ciccarone has spent the last 18 years trying to crack the code of the ongoing, intertwined heroin and opioid crises in the United States. Although Ciccarone speaks candidly about the bleakness of the opioid crisis, he remains hopeful.

“What we really need is a robust federal public health and policy response to this crisis, and so far we're still in the contemplation phase of that,” he said.

On smaller scales, proven interventions, like supervised injection facilities and the medication naloxone, which reverses overdose symptoms, have helped save lives. These, Ciccarone said, can save even more people if made more widely available.

“I think crises bring out the best in people, and I have seen it coming together in this case. Language and attitudes are changing, and people are recognizing that addiction is a universal phenomenon that must be treated humanely,” he said. “I think we just need to roll up our sleeves and double and triple our efforts. We can change the course of this crisis.”

Read a first-person account from Daniel Ciccarone about his quest to understand the nation’s opioid epidemic, one user at a time.