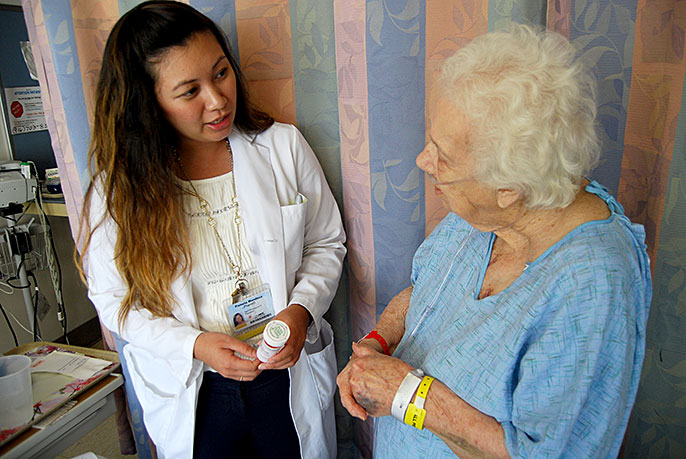 How do you make a renowned health system even better?

From improving medication management to providing a medical home for HIV patients, the University of California is enhancing care across its medical centers through a first-of-its-kind program.

UC and California’s other designated public hospitals are participating in the Delivery System Reform Incentive Program (DSRIP), a pay-for-performance initiative that aims to expand access to care, enhance quality and improve population health.

The program, effective from 2010-15, was created as part of California’s Medicaid Section 1115 Waiver, which supports California public hospitals and academic medical centers, recognizing their provision of health services for a “disproportionate share” of low-income patients compared with other hospitals.

California’s DSRIP provides a potential $3.3 billion in funding over five years for participating public hospitals based upon achieving specific milestones related to innovations in care delivery and improved outcomes. Collectively, UC medical centers set 733 milestones across 60 projects to capture up to $500 million in at-risk funding over five years. The program aligns with national health reform goals of increasing access to quality, affordable care. Since its inception, other states have launched similar programs.

UC's DSRIP efforts are detailed in a new report, “The Delivery System Reform Incentive Program: A Look at Midcourse Achievements Across the UC System.” The report highlights some initial results, challenges and lessons learned. It also includes suggestions that policymakers and participating hospitals might consider as efforts begin on negotiating California’s next Medicaid waiver.

UC’s DSRIP efforts show the university’s commitment to meeting the goals of health reform. UC medical centers are working locally on their campuses and together across the system to improve the outcomes and experience of patients. For example, a project to improve response time to patients with severe sepsis and septic shock has resulted in improvements that were previously not thought possible. As a result, sepsis mortality rates are declining at all UC medical centers.