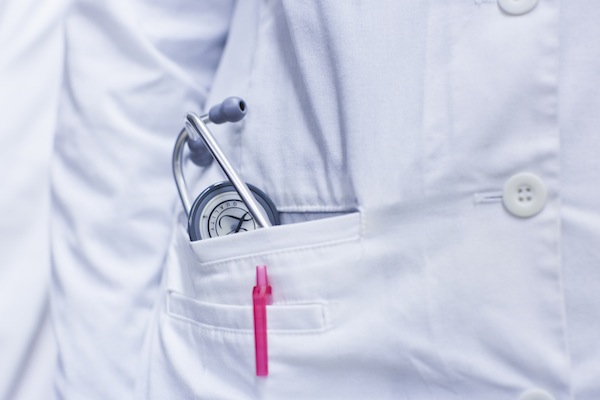 Nicholas Orozco grew up in urban, predominantly Latino East Los Angeles, where obesity rates are high and access to health care is low. Laura Jordan grew up on the Hoopa Valley Indian Reservation in rural Humboldt County, where tribe members face health issues from diabetes to heart disease but the nearest hospital is 90 minutes away.

While their backgrounds vary widely, they share a common passion: wanting to practice family medicine in an underserved community such as their hometowns. Both are first-generation collegians who received a head start through University of California postbaccalaureate programs aimed at preparing disadvantaged students for medical school. And now both are UC medical students participating in PRIME programs that train physicians to meet the needs of California’s underserved rural and urban populations — Orozco at UC Berkeley-UC San Francisco and Jordan at UC Davis.

UC’s postbaccalaureate and PRIME programs are two contributing reasons that UC has steadily increased medical student diversity. Among first-year UC medical students, underrepresented minorities have risen to more than 24 percent of students this year, up from 14 percent in 2001 and topping rates at California’s private medical schools and the national average. That’s still short of matching the state’s diverse population, but UC medical schools come closer than many other graduate and professional schools.

“PRIME may serve as a model for other professions that are laboring to achieve more diversity in their student bodies,” said Dr. John Stobo, UC Health senior vice president. “Here’s an exemplary case of what education can do in the context of legislation that prohibits affirmative action.”

UC can’t consider race or gender in admissions after a policy passed by regents in 1995 and California voters passed Proposition 209 in 1996, but it can have programs aimed at students from disadvantaged backgrounds. More than half of PRIME students are from groups traditionally underrepresented in medicine. The systemwide initiative, launched in 2004 at UC Irvine, has grown to 336 students and now involves eight UC campuses — the first substantial increase in UC medical school enrollment in 40 years.

“PRIME is a major innovation in medical education,” said Dr. Charles Vega, director of UC Irvine’s PRIME program. “I believe it’s the way to spread well-being across the state in a meaningful way.”

Orozco faced many challenges growing up in East Los Angeles, including his family lacking health insurance. He earned a bachelor’s degree from UCLA but struggled academically, working 60 hours a week while also attending to family issues. He participated in UCSF’s postbaccalaureate program, receiving support that led to enrolling in the UC Berkeley-UCSF Joint Medical Program in PRIME.

Now a second-year student, Orozco has observed prison health care at San Quentin, received training at an urban clinic in Oakland and established, in partnership with another PRIME student and the Pacific Center, an LGBT free drop-in clinic in Berkeley. The clinic provides primary care to low-income clients and tries to connect them with relevant social services. “The PRIME program and postbaccalaureate program represent opportunities to work with different communities and create an environment for people to give back and affect change,” Orozco said.

Jordan became interested in rural medicine while working in high school at the medical clinic on her hometown Indian reservation, where family and community members suffered from chronic conditions and had limited access to specialty care. “I saw a need,” she said.

Mentored by the clinic’s medical director and encouraged by her parents, Jordan graduated from Humboldt State University and then participated in UC Davis’ postbaccalaureate program for help in preparing for medical school. Despite being the only Native American student in her class at the time, she chose to attend medical school at UC Davis for its Rural PRIME program and its support network.

“I knew medical school was going to be difficult,” Jordan said. “They tell you it’s like drinking water from a fire hose, and it is. Once I got used to the pace, it got easier.”

Jordan helped inspire five other Native American students to attend the UC Davis School of Medicine. Now in her third year, she is hitting her stride, receiving a scholarship from the federal Indian Health Service and getting hands-on experience working at rural health clinics in Redding.

“Laura’s a good example of what we’re trying to do, which is raise people who are going to go back to the communities that need them,” said Dr. Mark Henderson, associate dean for admissions and outreach at the UC Davis School of Medicine.

Henderson praised the PRIME programs — UC Davis offers a rural program and a San Joaquin Valley program with UC Merced — along with TEACH-MS, a four-year federally supported program for medical students with a strong interest in primary care and care for the urban underserved. “The focus is on continuity of care,” he said, noting that UC Davis’ medical school also has increased its support staff and broadened the way it reviews applicants.

“We have to look holistically at each candidate,” Henderson said. “We have to evaluate whether we are choosing the right kinds of students to meet the physician workforce needs of California.”

“I call it speed dating,” said Dr. Neil Parker, senior associate dean for student affairs and graduate medical education at UCLA’s medical school. “It doesn’t take you long when you meet somebody to get the gestalt of, ‘Hey, I’d like to know this person.’”

Still, barriers exist. A big one is cost. The average U.S. medical student’s debt load has risen above $166,000. Entertainment executive and philanthropist David Geffen donated $100 million to establish a fund that will award merit-based scholarships to up to 33 UCLA medical students a year, which should help address that issue. “I think some of the students we normally lose will come here,” Parker said. “I think our applicant pool will become larger and more diverse.”

Meanwhile, UC Riverside — the eighth-most diverse campus in the nation — is making diversity a cornerstone of its new medical school, which is opening this fall. It’s viewed as part of its mission to improve the health of the Inland Empire, whose population is nearly half Latino.

“The two main determinants of where doctors practice are where they grow up and where they do their residencies,” Olds said. The medical school will provide campuswide pre-med advising and is setting aside 24 slots of its initial 50-student class for UC Riverside undergraduates. Admissions will use the MMI and look at four measures designed to enhance diversity: students who are local, from disadvantaged backgrounds, are first generation collegians and speak English as a second language.

A UC San Diego study of applicants to its medical school found that underrepresented minorities and disadvantaged students were more likely to be interested in a curriculum designed to train them to work with underserved communities. The findings, published in the journal Academic Medicine, suggest that programs such as PRIME may influence the application decisions of diverse students.

After graduating from the University of Washington, Escandón worked for AmeriCorps in Seattle’s predominantly Latino South Park neighborhood. He saw that many health issues were related to social problems, such as treating a 4-year-old asthmatic boy who lived in an industrial area filled with bad air. “The doctor said, ‘Why did he get asthma in the first place?’ It was hard to ignore.” Driven by a passion for family medicine, a sense of social justice and a belief that health care is a human right, Escandón called UCSF’s PRIME program “a perfect fit.”

“PRIME is the best part of medical school,” Escandón said. “PRIME is a place to focus on what I think are the most important things — community health, preventive medicine, advocacy for patients.”

Martinez said the campus climate is more welcoming now than when she was a UCSF medical student. She credits the students, leadership and programs such as PRIME, postbaccalaureate efforts and the Doctors Academy, founded by UCSF Fresno Dr. Katherine Flores to prepare disadvantaged Fresno County high school students for college and for health science careers.

But all of those programs struggle financially. UCSF medical school’s postbaccalaureate program had 15 students at its peak. It has fallen to eight students, but will rise back up to 12 students, thanks to funding from Kaiser Permanente.

The next step is to expand these types of programs not only in California, but nationally, she said.