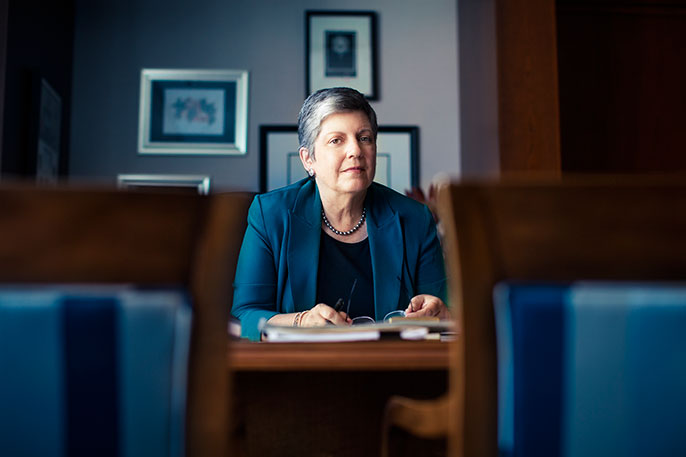 University of California President Janet Napolitano will interview Dr. Charlotte Jacobs, author of “Jonas Salk: A Life,” about her biography of the physician-researcher who developed the first safe and effective polio vaccine.

University of California President Janet Napolitano, already a prolific reviewer of books, has joined with the Commonwealth Club to host a series of author interviews.

Napolitano's first interview, on Aug. 19, will be with Dr. Charlotte Jacobs, professor emerita of medicine at Stanford University, and the author of “Jonas Salk: A Life.”

Napolitano and Jacobs will discuss the Salk biography, and delve into his life and legacy as part of a larger discussion about the best practices of vaccinations, preventing pandemics and saving lives.

"The Salk trials rank among the great successes of modern medicine, and Jacobs tells the story as well as it’s ever been told," the Times said.