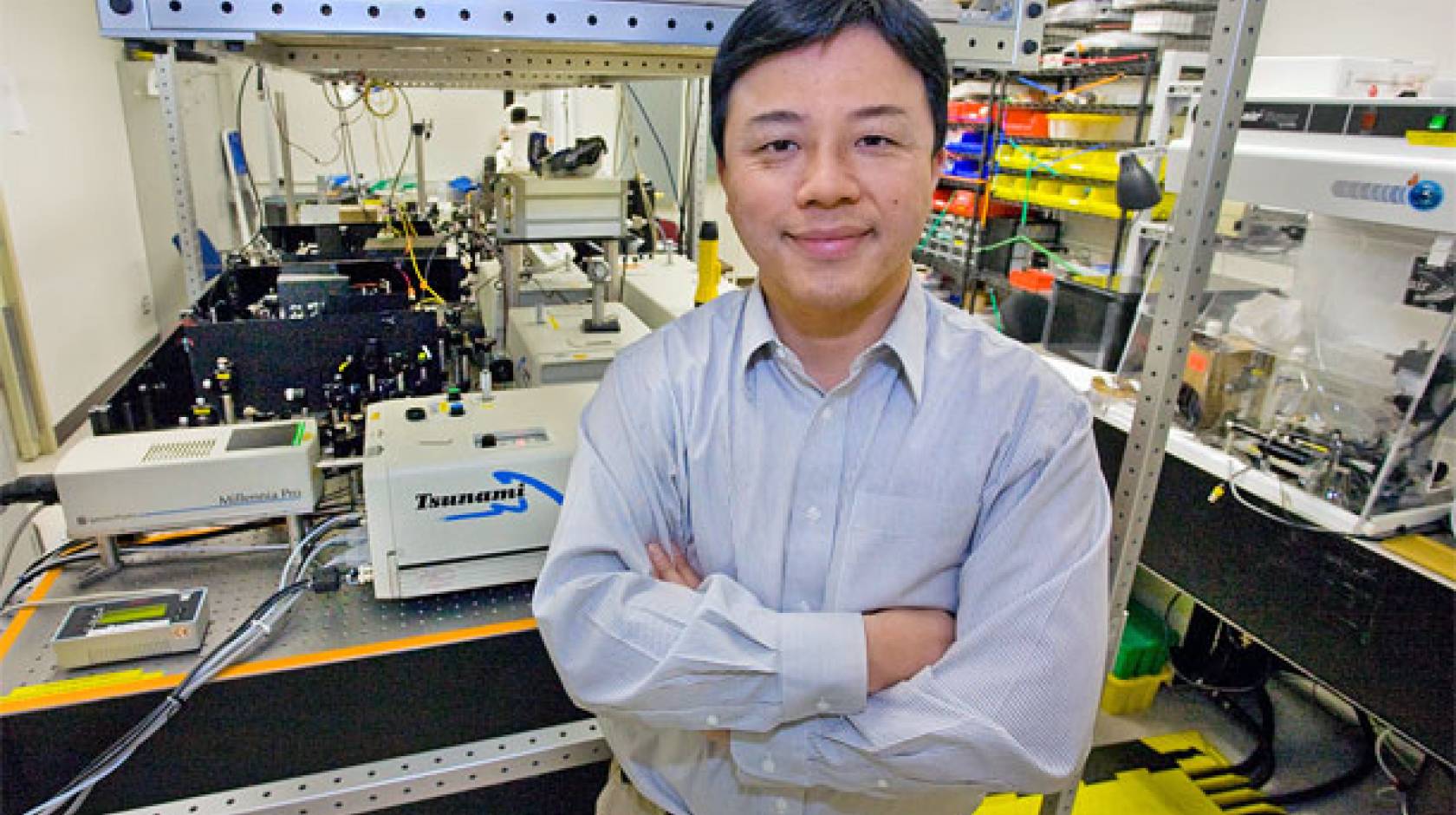 A tiny laser that could enable smaller and faster smart phones and tablets. A glucosamine-like supplement that targets the underlying cause of multiple sclerosis. These are among research projects getting a boost this year from a UC grants program.

The Proof of Concept grants help move UC research out of the lab and to commercialization.

There’s no shortage of inventions at UC. In the last five years, UC researchers have disclosed more than 7,500 inventions — an average of more than four a day.

But some innovations need a helpful push out of the laboratory door and into the market, where they can be accessible to and benefit thousands, or even millions, of people.

The UC Office of the President’s Proof of Concept (PoC) Commercialization Gap Grants program funds promising innovations that are nearly ripe for the market, but require one last round of testing or demonstration to prove commercial viability. Then investors and industry partners, perhaps, will come calling.

In its 2012 competition, the PoC program awarded a total of $2.6 million to 22 researchers at six UC campuses and the Lawrence Berkeley National Laboratory. The one-year grants are for projects that range from treatments for intractable diseases to improvements in electronics and energy-saving technologies.

Communicating at speed of light

A technological insight in a UC Berkeley lab has led to a laser small enough to nestle among microscopic transistors on a computer chip. The invention could shrink devices such as smartphones and tablets, and make them run faster and with more applications.

The device, technically a “plasmon nanolaser,” boosts its light intensity into a space about the size of a protein molecule, or about a millionth of an inch — far smaller than can a conventional laser. As a result, light and electronics can be integrated in chip microcircuits in a practical way for the first time.

UC Berkeley patented the laser innovation, and a PoC grant this year will fund an effort to build a prototype on a chip for high-volume data communications.

“This work promises to improve speed and performance of both electronic devices and high-volume communications,” said Xiang Zhang, professor of mechanical engineering and co-inventor of the nanolaser device. “It can bridge the worlds of electronics and optics at truly molecular scales.”

In theory, such a miniaturized laser beam could etch microchip circuits down to a few nanometers, said Zhang, who is also a faculty scientist at the Lawrence Berkeley National Laboratory. Further down the line, he envisions a new DNA sequencing tool able to identify specific DNA subunits, or nucleotides, by the unique fingerprints of light each would give off in response to the intense nanolaser beam. The result would speed studies of the genetic basis of disease.

The concept of a plasmon nanolaser was proposed about 10 years ago. But trapped light at this scale dissipates very quickly, and so amplifying it into an intense submicroscopic laser beam has been impossible. Zhang and postdoctoral fellows Rupert Oulton and Renmin Ma conceived of ways to overcome the problem.

Their device includes a “nanowire” made of the semiconductor cadmium sulfide honed to a width 1,000 times thinner than a human hair and separated from a thin silver surface by only a few billionths of an inch.

The silver surface naturally gives rise to “free” electrons that can vibrate, or oscillate when they interact with light, which compresses the light down to nanometer scale. The nanowire has the capacity to further trap the light and amplify it into the intense laser.

“The semiconductor nanowire interaction with the silver affects light in a unique way, so that we can both confine the light and amplify it at a nanoscale,” said Ma, who made the nanowire and developed the Plasmon nanolaser operated at room temperature.

Zhang expects that the PoC grant will allow his team to demonstrate the capability of the novel device and move it closer to commercialization.

“We have already seen commercial interest in the plasmon nanolaser,” he said, “Prototype performance will be key to assuring this emerging technology can make its way into practical use.”

Some 400,000 people in the U.S. have multiple sclerosis (MS), and every week about 200 more are diagnosed with the disease. Worldwide, MS affects 2.1 million people. And that estimate could be much higher, as disease symptoms are sometimes invisible, although they may strike later.

At its worst, MS is a devastating disease. Patients can lose control over arm and leg muscles, become blind, lose coordination and suffer chronic pain. There is no cure.

The disease stems from severe inflammation. T-cells of the immune system coordinate an attack on brain and spinal cord neurons. The resulting inflammation strips the myelin sheaths from neurons, interfering with their ability to communicate with each other. The neurons themselves also can be damaged and die, leading to permanent disability.

At UC Irvine, neurologist Michael Demetriou sees the most debilitating cases, and he carries out research to slow or stop the inflammation that drives the disease.

Demetriou recently made a discovery that points the way to a potent new therapy, and a 2012 PoC grant will help him refine the treatment strategy.

His research focuses on the role of sugars that are attached to proteins, an area of medicine and biology that has received little attention. Demetriou and colleagues have found that the attachment of specific sugars to proteins can have major impacts on T-cell function. Other studies have shown that some people with MS carry genetic variants that prevent normal addition of sugars to proteins in T-cells.

In experiments with genetically modified mice in 2001 and 2007, Demetriou and colleagues demonstrated that disrupting sugar levels in T-cells launched them into a hyperactive state and led to a spontaneous MS-like autoimmune disease.

Then in 2011, he reversed the experiment. He treated mice debilitated with MS-like inflammation orally with a sugar similar to the dietary supplement glucosamine. The treatment restored the addition of sugars to proteins, thereby normalizing T-cell activity and preventing further worsening of neurological function in the animals.

UC has secured patent rights for this strategy, and Demitriou plans to use his PoC grant to synthesize different versions of the glucosamine molecular structure in search of compounds that are more effective at restoring normal T-cell function and arresting neurological damage.

He thinks he’s on the right track because one of the first versions, or analogs, of glucosamine his lab synthesized appears to increase far more sugars to proteins in cultured T-cells and at about a 10,000-fold lower concentration than the original glucosamine derivative.

He sees this approach as very different from developing a new drug to attack the immune disorder.

“We think of this treatment as restoring something that is normally effective — giving back the sugars that people normally have.”

If the research leads to a drug that slows or halts inflammation and damage to neurons in MS patients, “it will be the first therapy targeting an underlying cause of the disease,” Demetriou said.

Another PoC grant this year funds refinement of an innovation aimed at deadly disease. Led by pharmaceutical chemistry professor Charles Craik, UCSF scientists have devised a chemical probe to harmlessly detect and measure the activity of key enzymes involved in heart disease.

The tool can distinguish between enzymes that indicate, for example, a benign inflammatory or a potentially fatal blood clot. The noninvasive technique can allow clinicians to better track the emergence of serious cardiac disease in order to know how and when to alter treatment. The PoC grant is intended to advance use of the probe to commercial development.

UC Davis biomedical engineer Kent Leach has won a PoC grant to advance studies of a new way to restore bones damaged by trauma, disease or congenital malformation. His team has developed a novel injectable material called a hydrogel, made from natural polymers, that can be used to introduce growth-promoting stem cells into damaged bones.

The strategy has shown promise in animal studies, and they are investigating how it works at the cellular level in order to improve the technique and assess its safety.

Another 2012 PoC grant funds a UC San Diego project with promising potential in solar energy technology. Researchers led by Sungho Jin have invented a new coating that absorbs more solar energy than current materials and is cheaper to produce.

The invention uses nanoparticle manufacturing to produce a “spectrally selective coating” that absorbs a very high percentage of the sun’s energy by capturing a broader range of the light spectrum. The nanoparticle coating can be “painted” on to materials and so promises high-volume manufacturing at an economical cost. 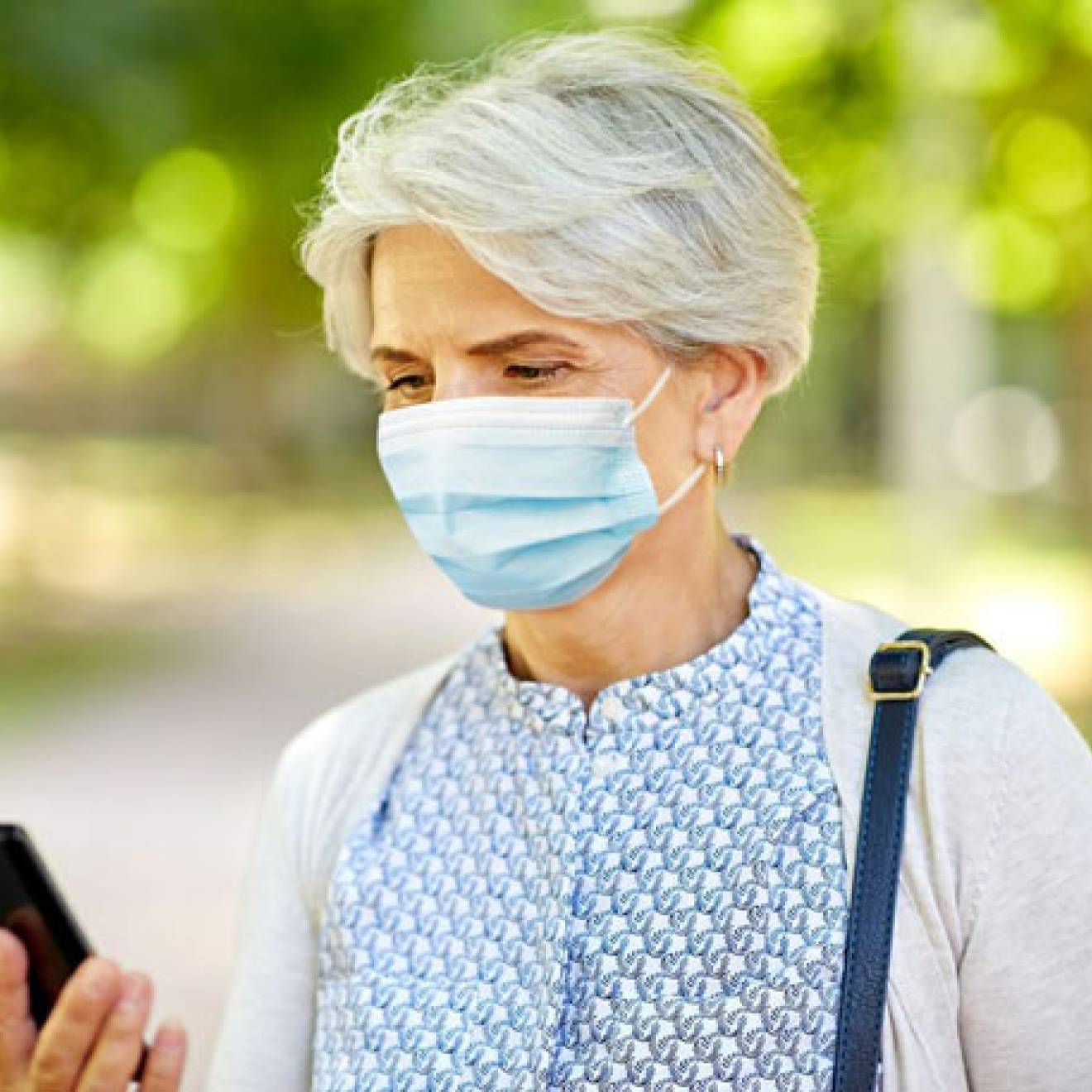