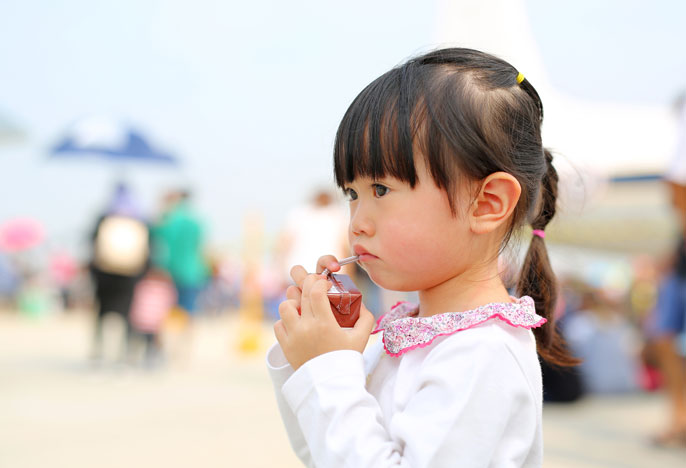 The changes could prompt an estimated 765,000 immigrants in California to disenroll from nutrition assistance and health care programs; up to 70 percent of them would be children.

Possible changes in federal immigration policy could cost California billions of dollars and thousands of jobs.

U.S. immigration officials use the term “public charge” to describe people applying for a green card who are deemed likely to become primarily dependent on the government to meet their basic needs. Under proposed changes to Department of Homeland Security immigration rules that could be implemented as soon as spring 2019, people could be denied status as lawful permanent residents if they’ve received certain health care, housing or nutrition assistance benefits.

If those changes are implemented, California could lose up to $1.67 billion in federal benefits, according to an analysis by the UCLA Center for Health Policy Research, the UC Berkeley Labor Center and California Food Policy Advocates, a nonprofit organization. And that loss would also have a ripple effect across multiple industries through direct and indirect spending by the affected families and the jobs that spending supports. As a result, the state economy could ultimately lose $2.8 billion and as many as 17,700 jobs, the analysis found.

“California is home to nearly 40 million people, and more than a quarter of our population was not born in the United States,” said Ninez Ponce, director of the UCLA center. “Immigrants make crucial contributions to California’s workforce, economy and tax base. The proposed changes to the ‘public charge’ test would significantly reduce the use of much-needed public programs among those who are eligible, and the economic ripple effect would hurt communities statewide.”

Ponce said the proposed changes could prompt an estimated 765,000 immigrants in California to disenroll from nutrition assistance and health care programs, and that nearly 70 percent of those losing benefits would be children.

Currently, only two public programs — cash assistance and long-term institutional care — are considered for the public charge test. If the proposed changes are enacted, immigrant parents of citizen children and immigrant individuals who use Medi-Cal health insurance (California’s Medicaid program), Medicare Part D low-income subsidies, housing assistance, and CalFresh nutrition assistance (California’s Supplemental Nutrition Assistance Program) could have reduced chances of being approved for a green card. In addition, the rule adds harsher standards for personal circumstances that make someone less likely to receive a green card, such as having limited English proficiency, limited education and low income, being a child or being a senior.

“One in 10 Californians use CalFresh to put enough food on the table,” said Tia Shimada, director of programs at California Food Policy Advocates. “Among households participating in CalFresh, nearly 75 percent include children. Entire communities benefit when everyone has access to food, health care, and other basic resources — and entire communities bear the brunt when access is withheld. The proposed changes to the public charge test would make us a sicker, hungrier and poorer state.”

Misinformation, confusion and fear generated by the proposed changes could drive people to disenroll from public assistance programs, even if they’re not legally subject to the new test.

The authors estimate that as many as 301,000 Californians could remove themselves from the CalFresh nutrition assistance program and up to 741,000 could drop their Medi-Cal coverage. The analysis indicates that this disenrollment would primarily hurt children, Latinos and Asians, while increasing poverty, hunger, and poor health in communities across California.

“California’s health care system would lose as much as $1.2 billion in federal Medi-Cal dollars if over 700,000 people no longer access Medi-Cal benefits,” said Laurel Lucia, health care program director at the UC Berkeley Labor Center. “Approximately two-thirds of those who may leave Medi-Cal would be children, and that’s particularly unfortunate because children enrolled in Medi-Cal are more likely to get preventive dental care and medical care such as check-ups and immunizations than uninsured children.”

Public comments about the proposed changes to the public charge test can be submitted through December 10, 2018; all comments must be counted and considered by public officials before a final rule is issued. Visit the Protecting Immigrant Families website to learn more.