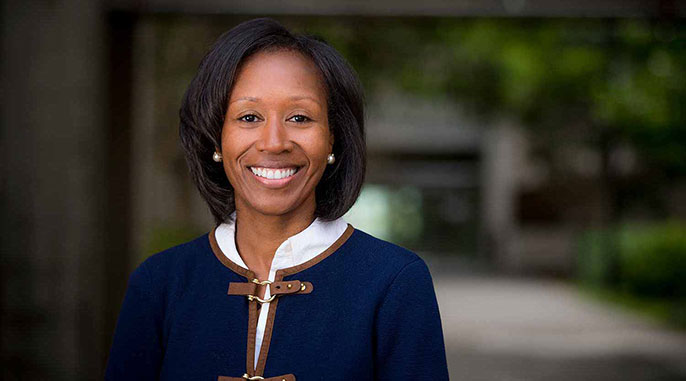 What if there were a nearly universal prescription for better health, one that could save untold thousands of lives annually, lower health care costs and even help shrink the nation’s carbon footprint?

Now more than ever, there is a compelling body of scientific evidence that good nutrition and physical activity are pillars of health and disease prevention.

Americans, however, are not by-and-large living what the science says is good for us.

A member of the national 2015 Dietary Guidelines Advisory Committee, she and other top nutrition experts recently completed more than 18 months reviewing what is known about diet-related disease prevention. In the strongest language to date, the committee, which convenes every five years to advise the federal government regarding federal nutrition policy and food assistance programs, called “for bold action and sound innovative solutions” to address the nation’s health crisis.

The statistics speak to the urgency.

About half of all American adults — 117 million people — have one or more preventable, chronic diseases related to poor dietary habits and physical inactivity. The list includes the No. 1 killer of Americans — heart disease — along with high-blood pressure, colon cancer and breast cancer.

Just as troubling for the future of America’s health: More than two-thirds of adults and nearly one-third of children and youth are overweight or obese.

“These devastating health problems have persisted for decades, strained U.S. health care costs and focused the attention of our health care system on disease treatment rather than prevention,” wrote the 14-member committee in its 571-page scientific report. “Unfortunately, few improvements in consumers’ food choices have occurred in recent decades.

What makes a diet healthy and prevents diet-related diseases?

Perhaps not surprisingly, the committee identified vegetables and fruits as a consistent component of a healthful dietary pattern. Vegetables and fruits were, in fact, the only characteristics of diets “consistently identified in every conclusion statement across health outcomes” as having strong science for promoting health. Less evidence — or less conclusive evidence — also was shown for dietary patterns that feature whole grains, low- or non-fat dairy, seafood, legumes and nuts.

More than promoting any one particular diet, the panel emphasized the critical importance of a person’s overall eating patterns and habits.

“Our take-away message is that people need to shift their dietary patterns, control the size of food portions and decrease overall caloric intake,” said Anderson, an associate professor in the department of family medicine and public health. “We want to move away from the idea that people should reduce intake of certain isolated foods and instead emphasize the idea of replacing some foods with more healthful options like fruits and vegetables.”

At a time when Americans need consistent, concise and reliable information on healthy eating, the media often distorted or misrepresented the panel’s main message, experts said. This troubles Anderson and, as an educator at an academic health center, she is redoubling her efforts to teach the UC San Diego community and community-at-large about healthy lifestyle options.

“The media often give the impression that nutritionists are saying ‘this food is good for you one week’ and then ‘that food is bad for you the next,’” said Anderson, whose research focuses on nutrition and chronic disease prevention. “It creates the impression that nutritional advice is always changing and that there is not a scientific consensus on what good nutrition is. That is not true.”

Case in point was the media flurry around the Dietary Guidelines Advisory Committee’s decision not to include a specific daily limit on dietary cholesterol, prompting headlines such as “Cholesterol is back on the menu in new federal dietary guidelines” or “Cholesterol in food not a concern, new report says.”

“We did not set a recommended guideline on daily dietary cholesterol levels, as has been done in previous guidelines, because dietary cholesterol does not have an appreciable impact on serum cholesterol,” said Anderson, a member of UC San Diego’s Cardiovascular Epidemiology and Prevention Center of Excellence and a fellow of the American Heart Association. “Further, there was no evidence that cholesterol is a nutrient of concern for over or under consumption by the population. There is, however, scientific evidence showing that saturated fats do impact a person’s cardiovascular health. Our recommendation is that Americans get no more than 10 percent of their daily calories from saturated fat. That is not a green light to eat as many eggs as you want.”

“The lack of specific guidance on cholesterol was a subtle decision that recognizes a few nuanced foods, such as shrimp and shellfish, that are high in cholesterol but low in saturated fat, and can be part of a healthful diet,” Anderson explained. “To see the media focus on cholesterol in isolation of the report in its entirety was disheartening and was in direct contradiction to what the report focused on.”

In terms of fixing the nation’s epidemic of diet-related disease, the panel for the first time acknowledged and discussed the larger socioeconomic and sociocultural factors that influence a person’s ability to eat well and exercise.

“Where a person lives, works, plays and prays can facilitate or hinder a person’s ability to make healthy lifestyle choices,” Anderson said. “For example, we know there are ‘food deserts’ in America where people don’t have easy access to grocery stores.”

The panel noted that more than 49 million people, including nearly 9 million children, live in food-insecure households.

She and the other committee members have urged the federal government to develop policies that foster a culture of health. These, Anderson said, might include making population health a national priority; ensuring resources for healthy lifestyles are accessible, affordable and normative for everyone; shifting health care and public health systems toward a greater emphasis on prevention; and enacting incentives to encourage environmental and policy changes, as well as better food and beverage standards and products.

Another new theme to emerge from the report was the recognition that meat production is associated with a large carbon footprint and that environmental degradation can affect food security, now and for future generations.

“Our critics challenged our expertise in this area, but to omit the topic would have been negligent on our part,” she said. “We are beginning the dialogue.”

The 2015 Dietary Guidelines Advisory Committee submitted its advisory report to the secretaries of the Department of Health and Human Services and Department of Agriculture in February. The federal government will develop new Dietary Guidelines for Americans based on information in the report, and from public comments and federal agency input. The dietary guidelines form the basis of federal nutrition policy, education, outreach and food assistance programs.