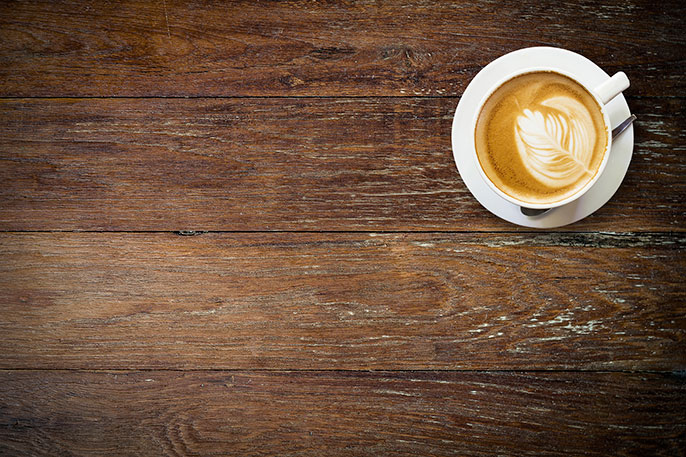 Contrary to current clinical belief, regular caffeine consumption does not lead to extra heartbeats, which, while common, can lead in rare cases to heart- or stroke-related morbidity and mortality, according to UC San Francisco researchers.

The study, which measured the chronic consumption of caffeinated products over a 12-month period, rather than acute consumption, appears in the January 2016 issue of the Journal of the American Heart Association. It is the largest to date to have evaluated dietary patterns in relation to extra heartbeats.

“Clinical recommendations advising against the regular consumption of caffeinated products to prevent disturbances of the heart’s cardiac rhythm should be reconsidered, as we may unnecessarily be discouraging consumption of items like chocolate, coffee and tea that might actually have cardiovascular benefits,” said senior author Gregory Marcus, MD, MAS, a UCSF Health cardiologist and director of clinical research in the UCSF Division of Cardiology. “Given our recent work demonstrating that extra heartbeats can be dangerous, this finding is especially relevant.”

Excessive premature atrial contractions (PACs) have been shown to result in atrial fibrillation, stroke and death, while excessive premature ventricular contractions (PVCs) have been shown to result in increased heart failure, coronary artery disease and death. Both abnormalities have been tied to caffeine consumption through studies and trials, but these studies were performed several decades ago and did not use PACs and PVCs as a primary outcome.

Nonetheless, the American College of Cardiology/American Heart Association guidelines on the management of PVCs state that if a patient’s history is consistent with premature extra beats, potential exacerbating factors such as caffeine, alcohol and nicotine should be eliminated. Other online medical resources for clinicians offer similar recommendations.

Recent growing evidence indicates the potential cardiovascular benefits of several common caffeinated products such as coffee, chocolate and tea. The result is clinician uncertainty in counseling patients on consumption of these products, with patients possibly reducing their intake to avoid presumed cardiac issues.

In their study, Marcus and his colleagues analyzed 1,388 randomly selected participants from the National Heart, Lung, and Blood Institute (NHLBI) Cardiovascular Health Study database of nearly 6,000 patients, excluding those with persistent extra heartbeats. They were given a baseline food frequency assessment and 24-hour ambulatory electrocardiography monitoring. Frequencies of habitual coffee, tea and chocolate consumption were determined through a survey.

Of the total participants, 840 (61 percent) consumed more than one caffeinated product daily.

The researchers found no differences in the number of PACs or PVCs per hour across levels of coffee, tea and chocolate consumption. More frequent consumption of these products was not associated with extra heartbeats.

“This was the first community-based sample to look at the impact of caffeine on extra heartbeats, as previous studies looked at people with known arrhythmias,” said lead author Shalini Dixit, BA, a fourth-year medical student at UCSF. “Whether acute consumption of these caffeinated products affects extra heartbeats requires further study.”