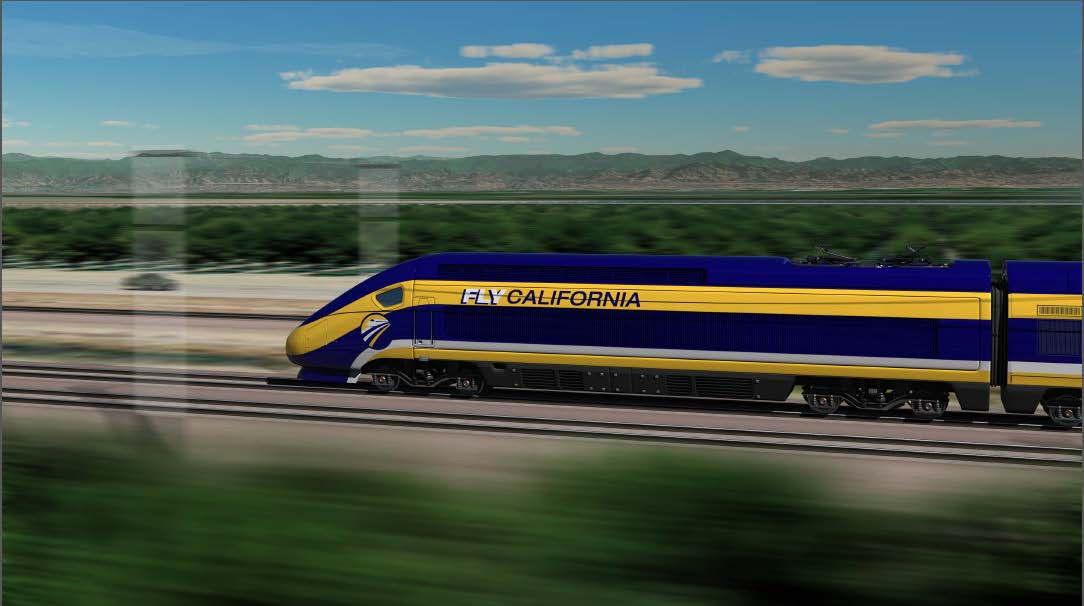 UCLA Institute of the Environment and Sustainability

The UCLA Institute of the Environment and Sustainability is an educational and research institute that unites disciplines: physical, life and social sciences; business and economics; public policy and urban planning; engineering and technology; and medicine and public health. The institute includes multiple cross-disciplinary research centers, and its environmental science undergraduate degree program is one of the fastest growing majors at UCLA. The institute also advises businesses and policymakers on sustainability and the environment and informs and encourages community discussion about critical environmental issues.

Bullet trains fuel real-estate booms, improve quality of life and create other unintended consequences by sharply reducing commute times from smaller cities to large megacities, economists from UCLA and China's Tsinghua University observed in a new study in China. A similar dynamic, they said, could play out as California builds its own high-speed rail system.

Because high-speed rail effectively brings cities closer together by reducing travel times, it allows people to enjoy many of the benefits of big cities while living in "second-tier" cities far from the pollution and congestion. By making second-tier cities attractive to those who would otherwise flock to global hubs, bullet trains could act as a safety valve for crowded megacities in the developing world and ease the effects of overpopulation, the study authors report.

In places like California where high-speed rail is planned, proposed stations could create booms for second-tier cities, like Palmdale and Bakersfield near Los Angeles, the authors said. This would improve quality of life by easing congestion in the major cities while giving more isolated cities greater access to metropolitan hubs. As the authors observed in China, lower housing costs initially attract new residents, creating a housing boom that will benefit the second-tier cities.

"It's great news for landowners in the Bakersfields of the world, because we can identify areas that are effectively going to have the option of becoming a new suburb to the superstar cities," said UCLA environmental economist Matthew Kahn, a professor at UCLA's Institute of the Environment and Sustainability with joint appointments in economics and public policy.

Kahn co-authored the study with Siqi Zheng, a professor with the department of construction management and the Hang Lung Center for Real Estate at Tsinghua University in Beijing. Their paper, "China's bullet trains facilitate market integration and mitigate the cost of megacity growth," was published March 18 in the early online edition of Proceedings of the National Academy of Sciences will be published in an upcoming print edition of the journal.

The authors studied second-tier cities in China like Shijiazhuang, Qinhuangdao, Cangzhou and Yangquan and observed that bullet trains gave those cities new access to megacities like Beijing.

Kahn and Zheng investigated bullet trains' unintended side effects. High-speed rail, they found, created a new category of suburbs in China: those in the "sweet spot," about 60 to 470 miles from megacities — impractical for frequent car travel but too close for air travel. High-speed rail gives these distant cities big-city benefits without downsides like high housing costs, overcrowding, or air and water pollution, they discovered.

"Bullet trains simultaneously alleviate some of the congestion costs associated with urban growth in the megacities and trigger the growth of the nearby second-tier cities," Kahn said. "With overpopulation in the developing world, there's a concern that megacities are too attractive and could soon be overrun by rural residents moving to urban areas. The bullet trains could act as a safety valve by encouraging people to move to second-tier cities, improving the quality of life in both areas and creating more sustainable growth."

Though bullet trains' costs and travel time make them impractical for daily commuting, the study notes that companies in China are already spreading to more inexpensive offices in second-tier cities while keeping their headquarters in megacities. "Dealmakers" remain in bustling downtown districts, while other employees can make monthly or weekly trips to the home office for meetings.

The study did not examine California's high-speed rail plan for cost-effectiveness, but many of the same side effects seen in China are likely to hold true for bullet trains anywhere, the authors believe. Though California lacks China's density, and residents have greater power to prevent high-speed trains from coming to town, Kahn anticipates boosts for California cities with proposed high-speed rail stations.

"It's crossed my mind that I should buy land in one of these locations," Kahn joked. "There are serious real-estate implications."