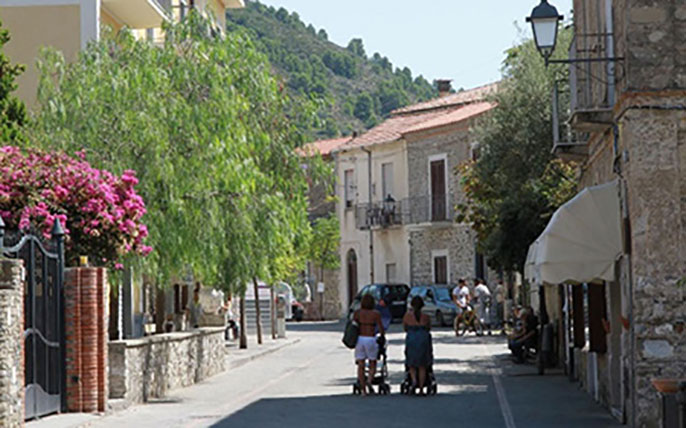 Researchers are studying residents of a remote Italian village to better understand aging and longevity.

The average life expectancy in the United States is approximately 78 years old. Americans live longer, with better diets and improved health care, than ever before, but only 0.02 percent will hit the century mark.

To understand how people can live longer throughout the world, researchers at University of California, San Diego School of Medicine have teamed up with colleagues at University of Rome La Sapienza to study a group of 300 citizens, all over 100 years old, living in a remote Italian village nestled between the ocean and mountains on the country’s coast.

“We are the first group of researchers to be given permission to study this population in Acciaroli, Italy,” said Alan Maisel, M.D., lead UC San Diego School of Medicine investigator and professor of medicine in the Division of Cardiovascular Medicine.

The Acciaroli study group is known to have very low rates of heart disease and Alzheimer’s. It favors a Mediterranean diet markedly infused with the herb rosemary. Due to the location of the village, Maisel said locals also walk long distances and hike through the mountains as part of their daily activity.

“The goal of this long-term study is to find out why this group of 300 is living so long by conducting a full genetic analysis and examining lifestyle behaviors, like diet and exercise,” said Maisel. “The results from studying the longevity of this group could be applied to our practice at UC San Diego and to patients all over the world.”

Maisel and his research team will work with their Italian counterparts to collect blood samples and distribute questionnaires to the group over the next six months.

The study will also involve tests to look at metabolomics, biomes, cognitive dysfunction and protein biomarkers for risk of heart disease, Alzheimer’s, kidney disease and cancer.

“This project will not only help to unlock some of the secrets of healthy aging, but will build closer ties with researchers across the globe, which will lead to more science and improved clinical care in our aging population,” said Salvatore DiSomma, M.D., lead Italian investigator and professor of emergency medicine at University of Rome La Sapienza.

The study is supported, in part, from European grants.