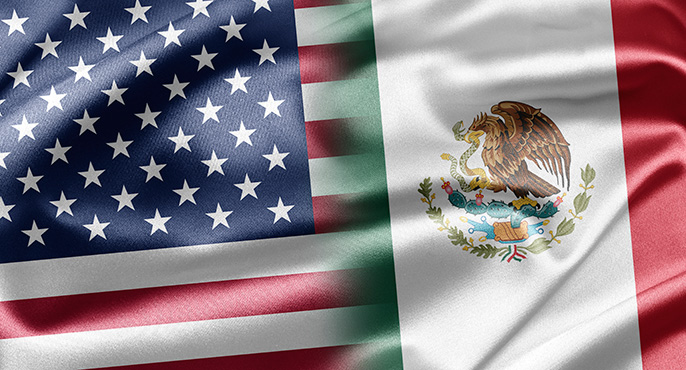 A new research collaboration at five University of California campuses will help policymakers, non-governmental organizations and the public better understand immigration and its impacts on California, and plan more effectively for the state’s future.

The project complements systemwide efforts of the UC-Mexico Initiative, a partnership between the university and Mexican institutions. Launched by UC President Janet Napolitano last year, the UC-Mexico Initiative includes research and scholarly activity that addresses and advances knowledge on issues of mutual importance, such as immigration.

“A quarter of us in California were born in another country, and millions more have at least one parent born outside the U.S. If we want to understand the challenges and opportunities California faces in the 21st century, we have to understand immigrants and their experiences,” said David FitzGerald, principal investigator on the California Immigration Research Initiative and a co-director of the Center for Comparative Immigration Studies (CCIS) at UC San Diego.

If California were its own country, it would have the world’s fourth largest immigrant population. These newcomers and their integration into the state affect California’s educational system, workforce, public health, political environment, culture and more.

To better understand these issues and the immigrant experience overall, the project will collect new data and assess current policy practices. This will include collaboration with the California Health Interview Survey (CHIS), which is based at the UCLA Center for Health Policy Research and is administered in seven languages. New questions will be added to the survey of 50,000 respondents, focusing on the integration of diverse groups over multiple immigrant generations.

The California Immigration Panel Survey, a separate pilot project, will be conducted in the third year of the effort and will drill down on issues not covered by the CHIS, particularly those related to public policy, politics and attitudes toward immigration.

Finally, the research team aims to assess how policymakers and society have responded to the integration of immigrants in California, using qualitative interviews in some cases.

“There’s a real hunger among policymakers to see more in-depth data about immigration and its effects,” said FitzGerald. “It's such a hot topic issue, and the emotional reaction you typically see around immigration means the debate doesn't always take into account what's actually happening on the ground. Our goal is to provide research that people can use for evidence-based policy decisions.”

Researchers hope the project will allow them to provide regular assessments — similar to a medical check-up — on how immigrants are integrating in California, identifying both successes and issues requiring further attention.

“Given the crucial role that immigration plays in the economic, social and political fabric of California, we think it’s critical to understand and regularly assess attitudes and experiences related to immigration,” said John Skrentny, CCIS co-director at UC San Diego.

Although UC researchers have studied immigration and its impacts for many years, this latest project expands on previous efforts and capitalizes on UC’s systemwide resources. FitzGerald will collaborate with researchers from UCLA’s Program on International Migration, the Center for Research on Immigration, Population and Public Policy at UC Irvine, the Center for Latino Policy Research at UC Berkeley, and the Immigration Research Group at UC Riverside. Researchers will include faculty members and graduate students from a variety of disciplines, including sociology, political science, public health, economics, public policy, law, medicine and education.

Their multi-campus, interdisciplinary approach to studying immigration will be supported by a $525,000 grant over four years from Multicampus Research Programs and Initiatives (MRPI) at UC’s Office of the President.

“The University of California is fortunate to have some of the finest immigration scholars in the world,” said Kathleen Erwin, director of UC Research Initiatives and the MRPI program. “We can draw on their collective resources and expertise to provide the people of California with reliable data and effectively advise policymakers on an issue that’s of immense importance to our state.”