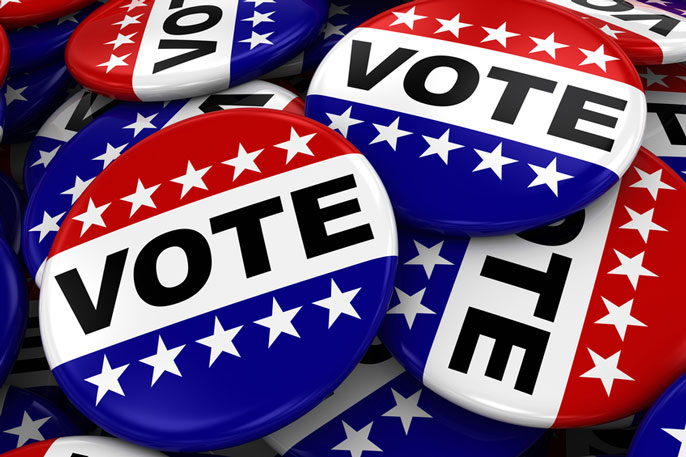 What motivates people to vote? Is it a matter of doing the morally right thing, a reflection of the desire to make a difference, or a quiet statement about standing up and being counted? Does it boil down to trying to seize power or control?

Honestly? Look for a few surprising answers in “Voting to Tell Others,” a paper in an upcoming issue of the Review of Economic Studies that could as easily read “Voting, So We Don’t Have to Say We Did When We Really Didn’t.”

With Nov. 8 just around the corner and some voters still straddling the fence about whether to even cast a ballot, a team of behavioral economists from UC Berkeley, the University of Chicago and Harvard University report some interesting findings about the much debated question of why people vote.

Their work could have implications for testing a range of sensitive political and social attitudes, and for well-financed and savvy get-out-the-vote campaigns in which prospective voters may be told that someone will follow up to ask if they actually voted.

It may seem ironic in a presidential race where allegations of lying and fact-checking exercises pop up more often than the candidates themselves, but it turns out that a big reason people vote is so that if and when they are asked if they voted, they don’t have to subject themselves to the shame of acknowledging they didn’t, or lying about it.

“Without lying costs, people would be much less likely to vote,”  summed up Stefano DellaVigna, a UC Berkeley professor of economics and business administration and one of four authors of “Voting to Tell Others.” “You can say you voted when you didn’t, but people don’t like lying.”

The four teamed up in 2013 to examine motivations for charitable giving, practiced to some degree by 90 percent of Americans. In 2012, DellaVigna, Malmendier and List reported in “Testing for Altruism” that while generosity is a factor, social pressure to give is an even stronger influence, as evidenced by more giving recorded in door-to-door fundraising efforts compared to mail or social media campaigns.

Curious about the impact of social pressure on other areas, they explored what gets voters to the polls.

No thanks for asking

“While it is rare for others to confront us with our voting record, it is common for neighbors, friends and family to ask whether we voted. If individuals care about what others think of them, they may derive pride from telling others that they voted or feel shame from admitting that they did not vote,” the four write in “Voting to Tell Others.”

To start, they acknowledged earlier research showing that 25 to 50 percent of nonvoters lie when asked if they cast a ballot.

In their experiment after the 2010 Illinois congressional race, DellaVigna, Malmendier, List and Rao found voters slightly less likely to answer a knock on the door when told in advance they would be asked on a certain date about their voting. Meanwhile, survey participation by nonvoting households fell by 20 percent when they were so informed.

The price of a lie

Based on the experimental results, the authors can compute a dollar value of voting due to this social-image motivation. Voting in order to tell others and not have to lie is worth about $18 for voters.

The value reflects the fact that people are asked about voting on average five times: the more often people expect to be asked, the more this motivates voting. The calculation also embeds an estimated cost of $7 for lying to a surveyor about voting, based on financial inducements, varying the values of participating in the surveys and offering a monetary incentive. This may seem like a lot for lying to a person someone will never meet again, but the researchers cite similar results on the dislike of lying even to strangers in other settings.

Finally, the estimated value of voting is lower for non-voters – $13 compared to $18 – but still positive: even for non-voters, the expectations of being asked is a positive motivator, and may push them to vote if they are on the fence.

“The cost of lying, even of just a few dollars, really resonates,” said DellaVigna.

Other key findings include:

The economists note that the disappointing loss for Democrats in President Obama’s home state in the 2010 Illinois election may have contributed to a lower level of pride about voting. The strength of social image concerns around voting, they said, also may vary based on how tight, close or important an election is.

The researchers hope their experiment model blending economics, political science and design helps bridge a longstanding gap between theoretical literature on voting and social image, and field experiments on GOTV efforts and turnout.

“We hope others build on this model – asking why people vote is a question that never gets old,” said DellaVigna, a native of Italy who recently became a U.S. citizen and cast his first vote as such in the June primary.