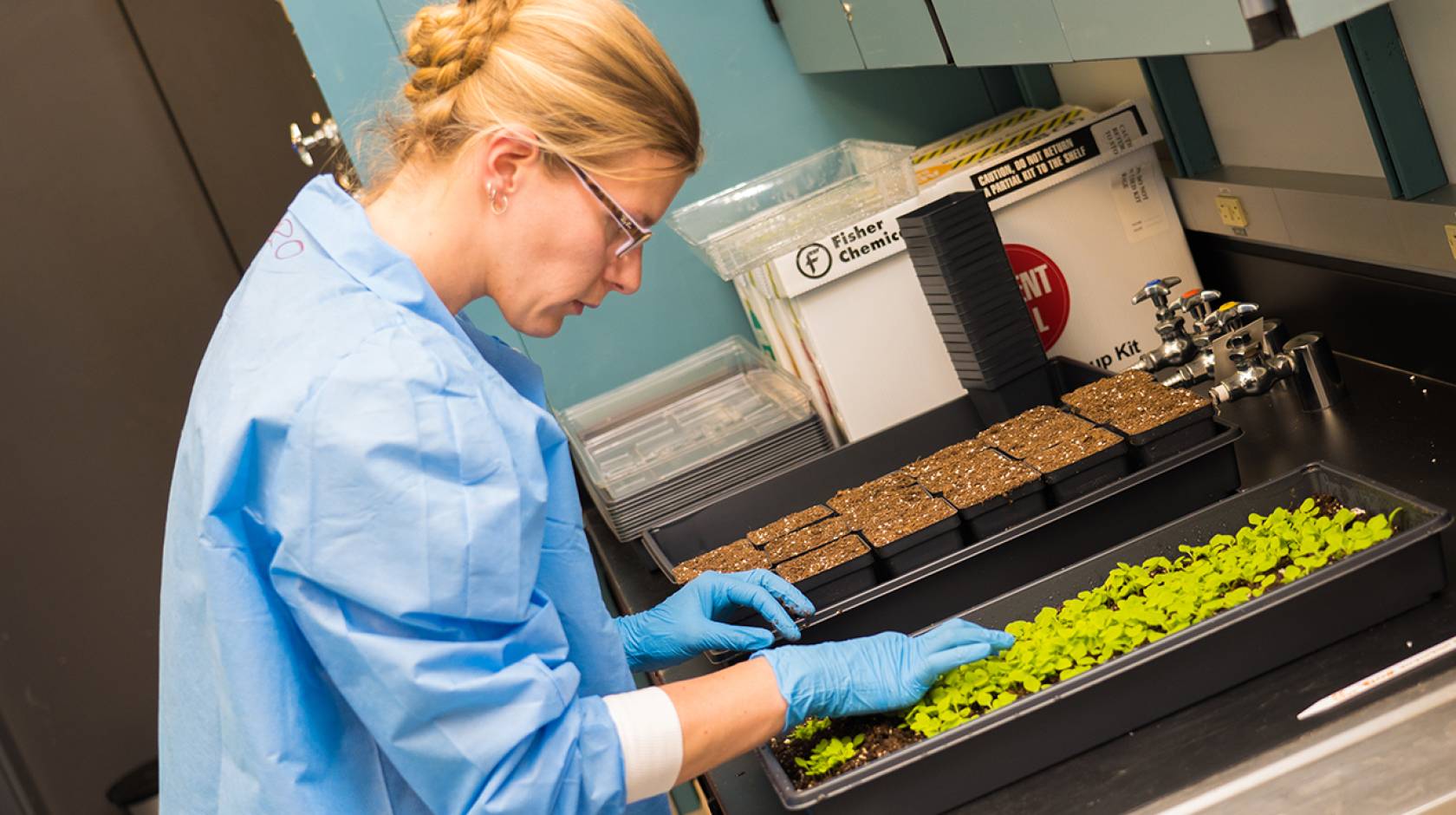 A plant virus that infects legumes, called cowpea mosaic virus, has a special power that you may not have known about: when injected into a tumor, it triggers the immune system to treat the cancer—even metastatic cancer—and prevents it from recurring.

For the past seven years, researchers at the University of California San Diego and Dartmouth College have been studying and testing cowpea mosaic virus—in the form of nanoparticles—as a cancer immunotherapy and have reported promising results in lab mice and companion dog patients. Its performance has been unmatched by other cancer-fighting strategies the team has tested. But the exact reasons for its success have remained a mystery.

In a new study published in the journal Molecular Pharmaceutics, the researchers uncover details that explain why cowpea mosaic virus in particular is exceptionally effective against cancer.

The work was led by Nicole Steinmetz, a professor of nanoengineering at the UC San Diego Jacobs School of Engineering, and Steven Fiering, a professor of microbiology and immunology at the Geisel School of Medicine at Dartmouth. Steinmetz and Fiering are co-founders of a biotechnology startup, called Mosaic ImmunoEngineering Inc., which has licensed the cowpea mosaic virus nanotechnology and is working to translate it into the clinic as a cancer immunotherapy.

“This study helps validate the cowpea mosaic plant virus nanoparticle as our lead cancer immunotherapy candidate,” said Steinmetz, who also serves as the director of the Center for NanoImmunoEngineering at UC San Diego. “Now we have mechanistic data to explain why it is the most potent candidate, which further de-risks it for clinical translation.”

The beauty of this approach, noted Steinmetz, is that it not only takes care of that one tumor, but it also launches a systemic immune response against any metastatic and future tumors. The researchers have seen it work in mouse models of melanoma, ovarian cancer, breast cancer, colon cancer and glioma. They’ve also had success using it to treat canine patients with melanoma, breast cancer and sarcoma.

What’s also interesting is that cowpea mosaic virus has worked the best at triggering an anti-cancer immune response compared to other plant viruses or virus-like particles the researchers have studied. “We’ve shown that it works, and now we need to show what makes it so special that it can induce this kind of response,” said first author Veronique Beiss, a former postdoctoral researcher in Steinmetz’s lab. “That’s the knowledge gap we’re looking to fill.”

To get answers, the researchers compared cowpea mosaic virus with two other plant viruses from the same family that have the same shape and size. One virus, cowpea severe mosaic virus, shares a similar RNA sequence and protein composition. The other, tobacco ring spot virus, is similar only in structure. “We thought these would be great comparisons to see if this potent anti-tumor efficacy runs in this particular family of plant viruses,” said Steinmetz. “And we can dig deeper by comparing to relatives with and without sequence homology.”

The researchers created plant virus-based nanoparticle immunotherapies and injected them into the melanoma tumors of mice. Each immunotherapy candidate was administered in three doses given 7 days apart. Mice given the cowpea mosaic virus nanoparticles had the highest survival rate and the smallest tumors, with tumor growth essentially stalling four days after the second dose.

The researchers then extracted immune cells from the spleen and lymph nodes from the treated mice and analyzed them. They found that the plant viruses all have a protein shell that activates receptors, called toll-like receptors, that are on the surface of immune cells. But what’s unique about cowpea mosaic virus is that it activates an additional toll-like receptor through its RNA. Activating this additional receptor triggers more types of pro-inflammatory proteins called cytokines, which help boost the immune system’s anti-cancer response. In other words, triggering a stronger inflammatory response makes the immune system work harder to look for and get rid of tumors, explained Beiss.

The team’s analysis also found another unique way that the cowpea mosaic virus boosts the immune response. Four days after the second dose, the researchers measured high levels of cytokines. And these levels stayed high over a long period of time. “We don’t see this with the other two plant viruses. The cytokine levels peak quickly, then go down and are gone,” said Beiss. “This prolonged immune response is another key difference that sets cowpea mosaic virus apart.”

While this sheds light on cowpea mosaic virus’s superior potency and efficacy, Steinmetz acknowledges that there is more work to do. “The answers we’ve discovered here have opened up more questions,” she said. “How does this virus nanoparticle get processed in the cell? What happens to its RNA and proteins? Why is the RNA of cowpea mosaic virus recognized but not the RNA of other plant viruses? Understanding the detailed journey of this particle through the cell and how it compares to other particles will help us nail down what makes cowpea mosaic virus uniquely effective against cancer.”

Paper: “Cowpea Mosaic Virus Outperforms Other Members of the Secoviridae as In Situ Vaccine for Cancer Immunotherapy.” Co-authors include Chenkai Mao, Dartmouth College.

Conflict of interest statement: Nicole Steinmetz and Steven Fiering are co-founders of, have equity in, and have a financial interest with Mosaic ImmunoEngineering Inc. Steinmetz serves as Director, Board Member, and Acting Chief Scientific Officer, and paid consultant to Mosaic. Fiering serves as scientific advisor and paid consultant to Mosaic. The other authors declare no potential conflicts of interest.