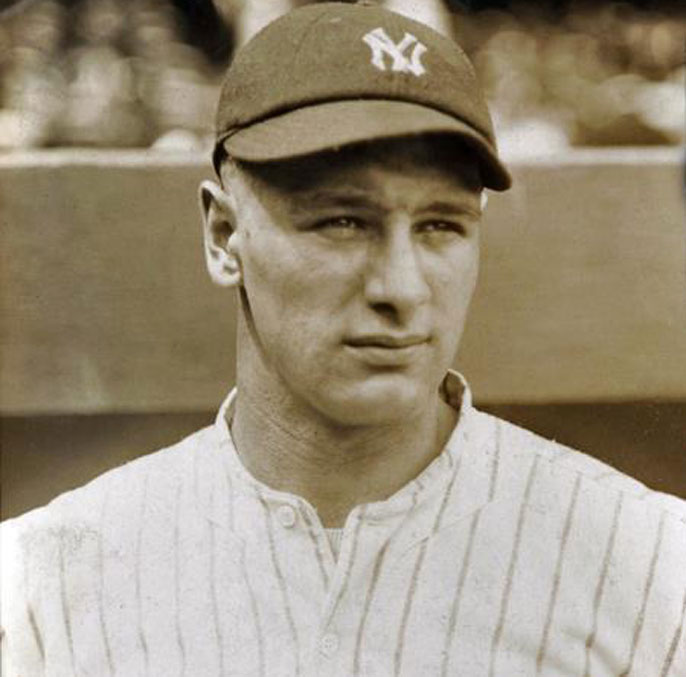 Amyotrophic lateral sclerosis or ALS is sometimes known as Lou Gehrig’s disease, named after the Yankees baseball player renowned for his prowess as a hitter and for his durability — a trait that earned him the nickname “The Iron Horse.” He died of ALS in 1941.

A team of biomedical scientists has identified a molecule that targets a gene known to play a critical role in the rapid progression of amyotrophic lateral sclerosis (ALS), sometimes known as Lou Gehrig’s disease, the neurodegenerative disease that affects motor neurons — nerve cells in the brain and spinal cord that link the nervous system to the voluntary muscles of the body.

The research, done on a mouse model of ALS, aims at blocking the gene, thus providing an important stepping stone for the development of novel treatments to delay the progression of ALS and, potentially, other human diseases.

Specifically, the team, led by Maurizio Pellecchia, a professor of biomedical sciences in the School of Medicine at the University of California, Riverside, reports in the journal Cell Chemical Biology on the design of 123C4, a molecule the lab developed that targets the EphA4 receptor, a gene in animal models and in humans that is efficacious in delaying the progression of ALS.

Importantly, the expression of EphA4 is associated not only with the progression of motor neuron disease, but also with other conditions including abnormal blood clotting, spinal cord and brain injury, Alzheimer’s disease, as well as gastric and pancreatic cancers.

“Research in assessing the therapeutic value of EphA4 for these diseases has been hampered, however, by the lack of suitable pharmacological EphA4-inhibitors,” said Pellecchia, who holds the Daniel Hays Endowed Chair in Cancer Research and is the director of the Center for Molecular and Translational Medicine. “While the exact mechanism responsible for the therapeutic efficacy of our agent, 123C4, is still to be fully understood, we are confident that 123C4 — or its derivatives — will find wide application in preclinical studies as well as human clinical trials for the treatment of ALS and potentially other human disorders.”

'A long and difficult journey'

Pellecchia said that only recently genetic studies on humans affected by the disease, as well as animal models of ALS, clearly indicated that the EphA4 receptor could be a suitable drug target to delay the progression of motor neuron death.

“Prior to this current work, no bona fide EphA4 targeting agent with demonstrated efficacy in animal models of ALS had been reported,” he said. “It has been a long and difficult journey to derive 123C4.”

To derive the molecule, Pellecchia’s lab used an approach it developed recently that merges combinatorial chemistry and biophysical methods based on Nuclear Magnetic Resonance Spectroscopy, and tested more than 100,000 possible candidates. The research entailed a combination also of a wide variety of other sophisticated techniques and approaches, ranging from medicinal chemistry, to cell biology and imaging, to in vivopharmacology, and efficacy studies using transgenic mice models of ALS.

“My lab has had a long-standing interest in developing approaches to target protein-protein interactions and to apply these to relevant drug targets,” Pellecchia said. “Targeting EphA4 has been particularly challenging, though. But its association with the progression of ALS inspired us to increase our efforts in this field in the past years.”

He noted that most studies suggest that decreasing EphA4 levels genetically in transgenic animal models of ALS result in prolonged survival. Intuitively, it can be imagined, therefore, that blocking EphA4 with drugs would have the same effect.

“Indeed 123C4 increases survival in mice models of ALS, but acts as an EphA4 agonist and not antagonist,” Pellecchia said, going on to explain that an agonist is a substance that stimulates chemical action, while an antagonist blocks such action. “We show that 123C4 interacting with EphA4 causes the receptor to be internalized by a process known as endocytosis — a process initiated only by an agonist. We hypothesize that by inducing receptor internalization, 123C4 effectively removes EphA4 from the surface of motor neurons.”

'The power of collaborative research at UC Riverside'

The transgenic mouse model Pellecchia and his colleagues used for the study has been widely adopted as a standard to select drug candidates as potential ALS therapeutics. But challenges lie ahead for Pellecchia’s team to bring 123C4 to the clinic to confirm that the laboratory studies effectively translate to patients affected by ALS.

“As in any preclinical study, we must acknowledge that several obstacles are still in the way of translating agents like 123C4 into viable therapeutics,” Pellecchia said. “But Iron Horse Therapeutics, a biotech company in San Diego, is taking steps to progress this class of agents into the clinic.”

“The collaboration with Dr. Ethell and her laboratory, which specializes in cell biology and the imaging of primary neurons, was particularly fruitful in our endeavors,” Pellecchia said. “I consider it a perfect example of the power of collaborative research at UC Riverside.”

Next, the researchers plan to develop additional agents based on 123C4 with either antagonist activity or enhanced agonist activity, and to test these in motor neurons and in animal models of ALS.

“In collaboration with Iron Horse Therapeutics, we hope these additional studies will further facilitate the translation of these agents into novel treatments,” Pellecchia said.

The research was funded by grants from the National Institutes of Health as well as a UC Riverside Collaborative Seed Grant.