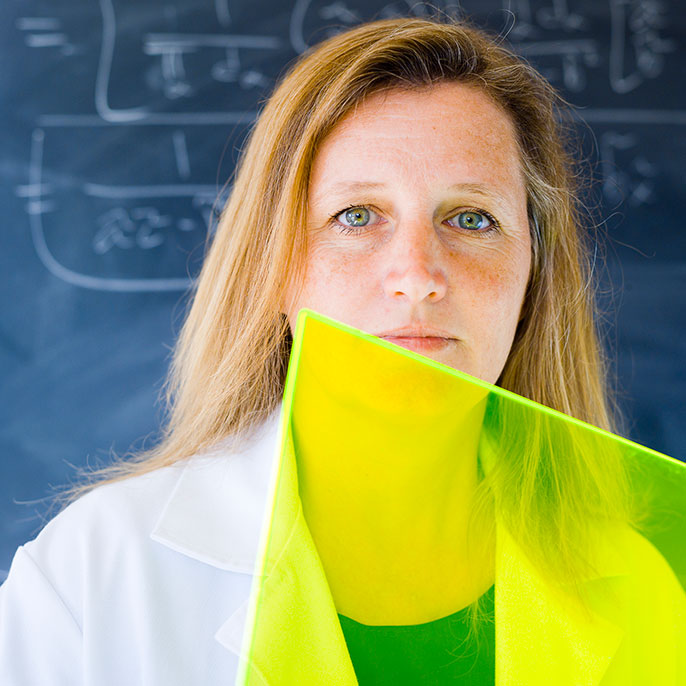 For Maria Charles, the numbers were plain, but they didn’t add up. Her research into gender segregation in science, technology, engineering and math (STEM) fields revealed an odd fact: affluent countries had considerably fewer women in STEM careers than poor ones did.

Since learning about that disparity, Charles, a professor and chair of the UC Santa Barbara Department of Sociology and area director for sex and gender research at UCSB’s Broom Center for Demography, has been trying to understand how it happens. She’ll present her latest findings Feb. 14 at the American Association for the Advancement of Science’s annual meeting in Washington, D.C. The research is funded by a grant from the National Science Foundation.

“What motivated me to do this research were counterintuitive findings by me and others,” said Charles, who studies gender issues. “That is, women are on average much better represented in STEM in poor countries than in rich ones. One way of interpreting this would be to say, ‘Well, in rich countries there’s less concern about existential security, so women are just better able to indulge their tastes for non-STEM fields.’ And this might seem plausible if you imagine that there’s this universal gender gap in tastes that is somehow hard-wired.”

But a universal gender gap is not what Charles finds when she actually looks at eighth-grade boys’ and girls’ aspirations in different countries.

Charles’s research uses a rich dataset on eighth-graders from 32 countries collected from 2003 to 2011 for the Trends in International Math and Science Survey. “When I first showed that there were big cross-national differences by field of study, I was just looking at the distributions and I wondered whether aspirations also varied in such surprising fashion,” she said. “It turns out that they do: The gender gap in attitudes toward math seems to grow with societal affluence, even if you take into account differences in students’ test scores and social class background. And we know that aspirations in adolescence are excellent predictors of later STEM outcomes.”

In affluent countries, Charles noted, middle-class children are often told to “follow their passion” and “do what they love.” “What I started to think,” she said, “is if you tell an adolescent to do what they love, they don’t know in advance what they’re going to love. They have limited information when they’re 12, 13, 14 years old. So how do they develop work and life aspirations? One way is to draw upon stereotypes about what people like them are good at and enjoy doing. This means that they will often rely on stereotypes about gender difference, which can be very, very powerful.

“Cultural beliefs about what girls and boys are good at are well-documented,” Charles explained. “And we know through social psychological experiments that beliefs about gender differences in ability can result in powerful self-fulfilling prophecies. Less well-appreciated is the power of stereotypes about what girls and boys enjoy doing. These can also produce cognitive biases, so girls expect to enjoy work that they think will be more people-oriented, more emotionally rewarding. ‘Following their passions,’ so defined, will probably not lead them toward the solitary science geek or math nerd that is depicted in Western popular culture.”