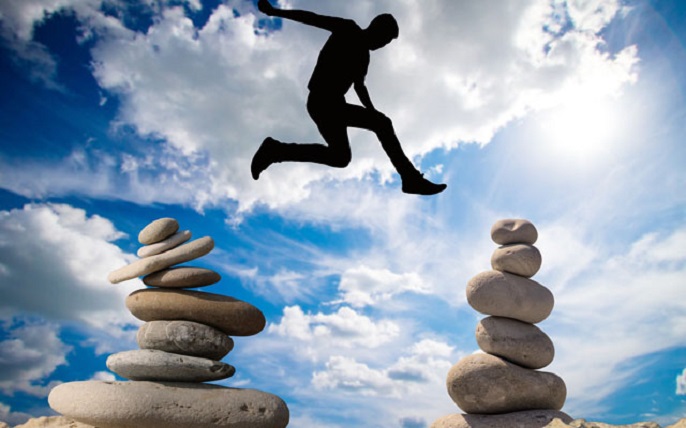 The genetic variants identified in this study open a new avenue of research on the biological mechanisms that influence a person’s willingness to take risks.

An international group that includes researchers at University of California San Diego School of Medicine has identified 124 genetic variants associated with a person’s willingness to take risks, as reported in a study published January 14 in Nature Genetics.

The researchers emphasize that no variant on its own meaningfully affects a particular person’s risk tolerance or penchant for making risky decisions — such as drinking, smoking, speeding — and non-genetic factors matter more for risk tolerance than genetic factors. The study shows evidence of shared genetic influences across both an overall measure of risk tolerance and many specific risky behaviors.

The genetic variants identified in the study open a new avenue of research on the biological mechanisms that influence a person’s willingness to take risks.

“Being willing to take risks is essential to success in the modern world,” said study co-author Abraham Palmer, Ph.D., professor of psychiatry and vice chair for basic research at UC San Diego School of Medicine. “But we also know that taking too many risks, or not giving enough weight to the consequences of risky decisions, confers vulnerability to smoking, alcoholism and other forms of drug addiction.”

Palmer’s lab, which includes co-author Sandra Sanchez-Roige, Ph.D., is working to understand the genetic basis of individual differences in impulsive and risky decision-making styles. They want to understand the fundamental molecular and cellular processes that shape human behavior, and learn how to prevent and treat drug abuse.

“Risk-taking is thought to play a role in many psychiatric disorders,” said co-author Murray Stein, M.D., MPH, distinguished professor of in the departments of Psychiatry and Family Medicine and Public Health, and vice-chair for clinical research in psychiatry at UC San Diego School of Medicine. “For example, patients with anxiety disorders may perceive increased risk in certain situations and therefore avoid them unnecessarily. Understanding the genetic basis for risk tolerance is critical to understanding these disorders and developing better treatments.”

The effects of each of the 124 genetic variants on an individual basis are all very small, but the researchers found their combined impact can be significant.

“The most important variant explains only 0.02 percent of the variation in overall risk tolerance across individuals,” said senior author Jonathan Beauchamp, Ph.D., assistant professor of economics at the University of Toronto. “However, the variants’ effects can be combined to account for greater variation in risk tolerance.”

The researchers created a polygenic score, which captures the combined effects of 1 million genetic variants and statistically accounts for approximately 1.6 percent of the variation in general risk tolerance across individuals. They say the score could be used to study how genetic factors interact with environmental variables to affect risk tolerance and risky behaviors, but they caution that the score cannot meaningfully predict a particular person’s risk tolerance or risk taking behavior.

The 124 genetic variants associated with risk tolerance are located in 99 separate regions of the genome. The study found no evidence to support previously reported associations between risk tolerance and genes related to the neurochemicals dopamine or serotonin, which are involved in the processing of rewards and mood regulation.

Instead, the findings suggest that the neurochemicals glutamate and GABA contribute to variation in risk tolerance across individuals. Both are important regulators of brain activity in humans and animals — glutamate is the most abundant neurotransmitter in the body and boosts communication between neurons, whereas GABA inhibits it.

“Our results point to the role of specific brain regions — notably the prefrontal cortex, basal ganglia and midbrain — that have previously been identified in neuroscientific studies on decision-making,” Beauchamp said. “They conform with the expectation that variation in risk tolerance is influenced by thousands, if not millions, of genetic variants.”

The data for this study were from the UK Biobank, the personal genomics company 23andMe, and 10 other, smaller genetic datasets.

The study was led by 96 researchers in the Social Science Genetic Association Consortium, which investigates the influence of genetics on human behavior, well-being and social science-related outcomes through large-scale studies of human genomes.