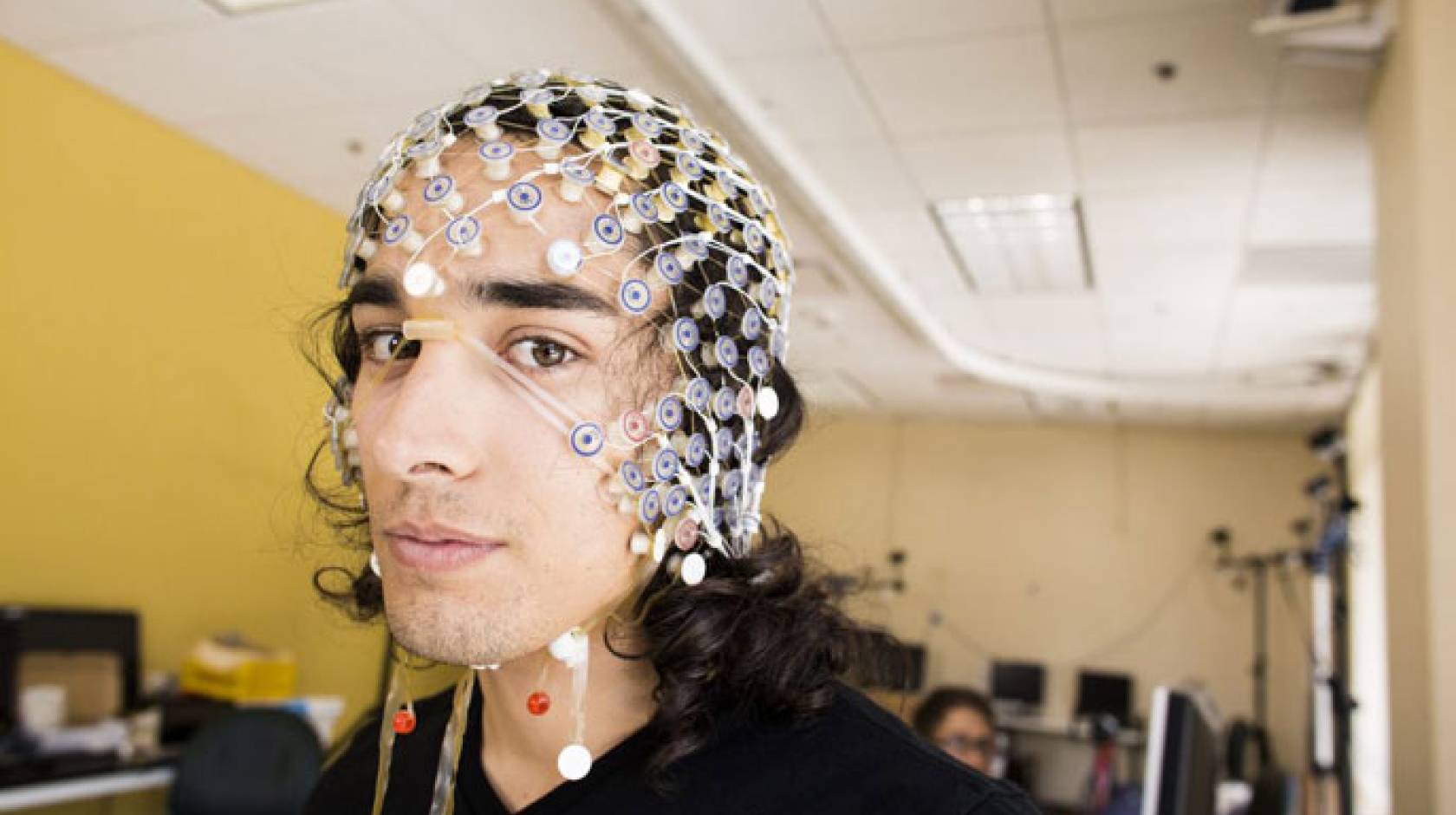 Blame it on the movies and television, but people tend to think of robots as tireless factory workers or as soulless automatons bent on destruction. For UC Irvine’s Sumner Norman, they’re all about healing and rehabilitation. The fifth-year doctoral candidate in mechanical & aerospace engineering studies robotics-based therapies to help stroke victims.

“I see an entirely different side to these technologies,” he says. “The main goal of my research is to demonstrate that machines and humans can work well together.”

The grad student says he’s focused on aiding victims of stroke because it’s the leading cause of disability in the United States.

“There are so many of them, and as our population continues to get older, the numbers are only going to go up,” says Norman, who will be representing UC Irvine and The Henry Samueli School of Engineering on Graduate Research Advocacy Day in Sacramento on April 19.

A stroke can damage parts of the brain that control speech and motor functions. For decades, patients have undergone physical rehabilitation to regain the ability to walk or use their arms. Norman’s work is dedicated to adding a technology component to movement therapy that’s tailored to each individual’s specific needs in order to achieve better outcomes.

Robotics developed in the UC Irvine lab provide motion assistance and amplification to stroke victims. Another approach uses technologies to join patients with a computer so they can play immersive, motivating video games. To track therapeutic progress, the systems record and store data that can be shared with doctors and therapists.

“The idea isn’t to replace human health care professionals but to work with them,” Norman says. “The robots are a tool for recovery.”

His core project is the creation of a computer interface that patients wear on their heads. The electroencephalogram device searches for brain states that are correlated with movement success. According to the grad student, there are parts of the brain that are capable of recovery poststroke. The objective is to use the device to train these regions to perform tasks previously handled by now-damaged areas.

This technique, Norman says, is totally safe, noninvasive and pain-free. “What we do is on the surface of the scalp,” he says. “It looks like a swimming cap with electrodes implanted in it. Patients are completely comfortable and at ease when using the device.”

He notes that while many robotics researchers are focused on producing artificial limbs for amputees, his work to help stroke victims presents some unique challenges.

“Rather than a replacement, it’s a rehabilitation,” Norman says. “It’s actually a harder problem, because when someone’s lost an arm, you can build a new one to go in its place. Someone who’s had a stroke still has an arm and doesn’t want to wear something robotic all the time.

“Our goal is to have patients come in and use the robot in the clinic but then go home with their own arm, not ours.”