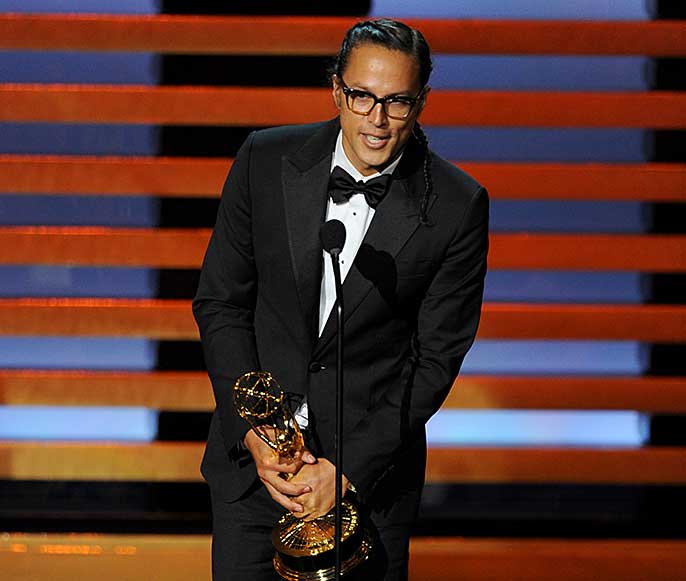 The up-and coming 37-year-old director, writer, producer, and cinematographer triumphed over a highly competitive field of colleagues, including the directors of "Breaking Bad," "Downton Abbey," "Game of Thrones," "House of Cards" and "Boardwalk Empire."

“This is awesome….I’m at a loss for words,” said Fukunaga, after the voiceover noted that his first job in Los Angeles was working as a camera production assistant for the video of Destiny’s Child’s “Survivor.”

One of the most highly praised new shows of the year, "True Detective" premiered in January, starring actors Woody Harrelson and Matthew McConaughey.

In addition to his role as director, Fukunaga also serves as executive producer of the HBO series.

Fukunaga graduated from UC Santa Cruz in 1999 with a B.A. in history. He first gained notice when he received the best "Directing, U.S. Drama" award at the 2009 Sundance Film Festival for his debut feature film "Sin Nombre."

He wrote and directed "Sin Nombre," based on his own firsthand experiences with Central American immigrants seeking a better life in the U.S.

Fukunaga is currently editing his next film, "Beasts of No Nation," starring British actor Idris Elba ("The Wire"), which is scheduled for release in 2015.