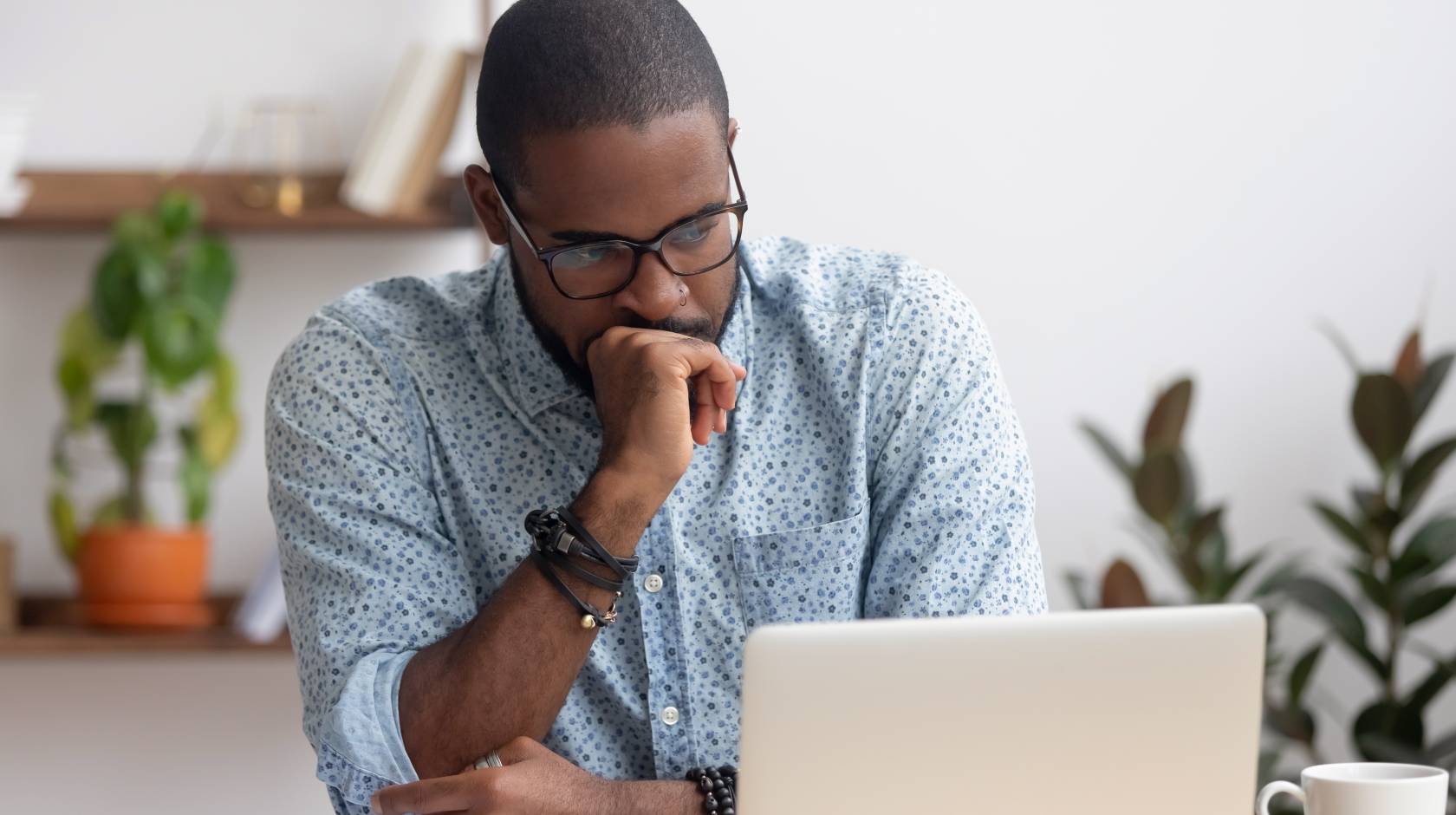 Credit: iStock
The stress of uncertainty, especially when prolonged, is among the most insidious stressors we experience as human beings.

“In these uncertain times” might be the catchphrase right now.

From the macro level of the pandemic, climate change, social and political unrest to the personal level of job uncertainty, illnesses within families and various levels of social isolation — any and all of these contribute to a sense of uncertainty.

But what is uncertainty? What’s going on in the brain when we feel uncertain? And how might long-term uncertainty experienced by an entire population affect community health?

“Uncertainty means ambiguity, which means that we have to expend effort in trying to predict what will happen in addition to preparing to deal with all of the different outcomes,” said Aoife O’Donovan, Ph.D., an associate professor of psychiatry at the UCSF Weill Institute for Neurosciences who studies the ways psychological stress can lead to mental disorders like post-traumatic stress disorder (PTSD).

The stress of uncertainty, especially when prolonged, is among the most insidious stressors we experience as human beings, said O’Donovan.

But, when faced with these feelings, it can help to recognize that gnawing uncertainty is the amplification of a cognitive mechanism that’s essential for our survival.

The danger of wide-open spaces

What we think of as uncertainty is, at its simplest, the brain trying to choose a course of action. From an evolutionary standpoint, this means making decisions that affect survival and reproduction.

Uncertainty is a close relative of anxiety.

“Uncertainty is not knowing what is going to happen,” said Mazen Kheirbek, Ph.D., an associate professor in UC San Francisco’s Department of Psychiatry and Behavioral Sciences.

Combine “uncertainty” with “threat” and you get anxiety. “Anxiety is an emotional response to a perceived threat that’s not actually there in front of you,” Kheirbek said.

These “anxiety neurons” in turn talk to the hypothalamus, a brain region that triggers avoidance behaviors, in a pathway that seems to circumvent higher-order brain regions. The researchers showed that when they turned off those “anxiety neurons,” the mice suddenly started exploring the open space, an indication that their anxiety had abated.

Uncertainty emerges when an animal is not clear about the way forward, and anxiety emerges when the perceived way forward may contain a threat. In mice, anxiety can keep the balance between behavior that is too reckless (risking predation) and too cautious (missing out on food or potential mates).

A similar evaluation takes place in the anxious human mind.

“There's always a trade-off between avoiding things that are potentially dangerous and exploring them because there might be a payoff,” says Vikaas Sohal, M.D., Ph.D., an associate professor in the Department of Psychiatry and Behavioral Sciences. “We always are evaluating both things. What we do, how we react, what action we choose, really depends on how much we weigh these things.”

How the brain decides

Sohal’s work focuses on determining what goes on in the brain when we “weigh these things,” and how that can go wrong in certain disorders. He directs a lab which studies the brain circuits involved with psychiatric conditions like schizophrenia, autism and anxiety.

Specifically, he’s looking at how the brain can “filter” information by “learning that certain pieces of information are more important than others in order to change behavior appropriately.”

This process, by which certain pieces of information are selectively transmitted between different parts of the brain, often involves synchronization between the brain rhythms in these regions. The prefrontal cortex plays an essential role in this process, and can determine which information to pay attention to and which to ignore. It makes decisions based on signals from other parts of the brain, like the hippocampus, where “anxiety neurons” reside.

Sohal’s lab measured the synchronization between brain rhythms in the hippocampus and prefrontal cortex during times when mice had to make decisions. Brain regions must collaborate to make these decisions – explore that open field? Stay hidden?

Without synchronization, the brain would have a harder time deciding what’s important, what to focus on. Sohal’s lab sees these kinds of problems with appropriately filtering information as important parts of schizophrenia, autism, and anxiety disorders.

But, Sohal reiterates that anxiety is essential. “We have to have anxiety. Otherwise we would do things that are overly dangerous. Anxiety is a basic part of our existence,” he says. “But pathological situations arise when for whatever reason the brain doesn't seem to be able to tune anxiety properly, and so it's avoid, avoid, avoid.”

Aoife O’Donovan said that in most cases the human brain is quite good at managing anxiety.

“We can think in the abstract about multiple scenarios and outcomes and prepare ourselves for them before they even happen,” she says. “The problem is that imagining and predicting and preparing for bad outcomes can take a toll on us psychologically and biologically.”

O’Donovan’s lab works with people with PTSD, who show exaggerated reactions to perceived threats. In these cases, our cognitive strength can be turned against us. Our bodies react to hypothetical threats as if they are right in front of us — cue stress hormones and sweaty palms.

And that may be more commonplace now.

“Because so many people worldwide are living in a state of anxiety — at least partly due to the effects of the pandemic, social unrest, and climate change — we might see more people showing these kinds of biased responses to new or preexisting potential threats,” she says.

When a state of uncertainty drags on for months, our protective cognitive mechanisms can do more harm than good.

“In the short-term, these responses prepare us for positive action and protect us against the potential for injury and infection that came with stressors in our evolutionary past. In the long-term, prolonged activation of the biological stress response can have toxic effects on the brain and the rest of the body, increasing risk for both psychiatric disorders and chronic physical diseases.”

There’s no telling the future and, so far, no way to turn off our “anxiety neurons,” so how can we better cope with uncertainty? O’Donovan suggests limiting exposure to the news and instead prioritizing behaviors that allow our anxious bodies to return to baseline. That means meditating, exercising, sleeping well, and nurturing social connections.

At the community level, this long-term uncertainty strains the relationships we need to maintain.

“Social connection is key to making people feel safe, but our social relationships are also under strain due to social distancing and other factors. As much as possible, we need to use technology to maintain our social ties and take care of one another during these times,” she said.

We may not be able to shed our current, collective uncertainty, but we can share the burden. “Community,” O’Donovan says, “has never been more important.” 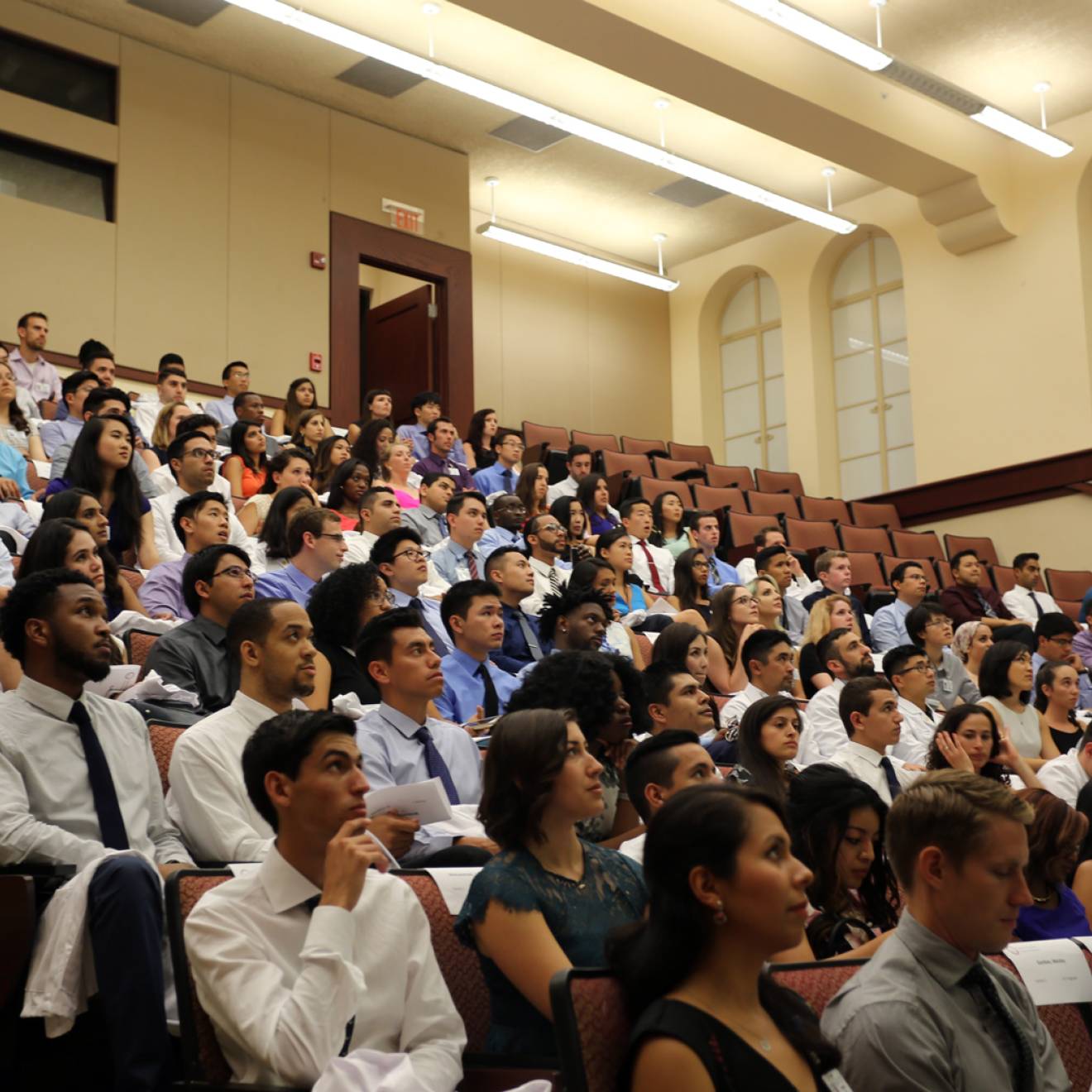 Researchers examined enrollment data from 1985 through 2019 for 53 medical schools.