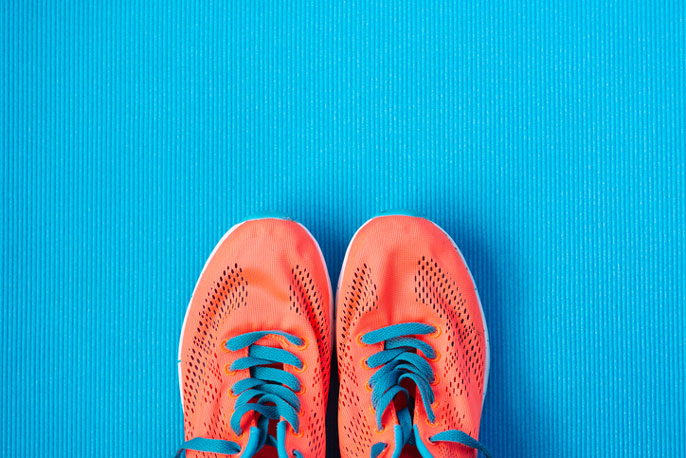 More than half of Americans make a New Year’s resolution each year, and though most people set out with the best of intentions, just a small percentage are successful in following through on their resolutions.

To give you a bit of scientific motivation, UC San Francisco gathered some of the latest research behind the most popular health-related New Year’s resolutions that attest to why it really is good for your body to see them through.

Tired of counting calories? A more effective way to boost your health through diet may be simply to cut down on added sugars. The average American consumes 66 pounds of added sugar per year, and increasing evidence shows all that excess sugar isn’t just making us fat; it’s making us sick.

Recent studies by UCSF researchers found that putting obese children on a sugar-restricted diet for just 10 days, while allowing them to consume the same total calories, led to a sharp decline in factors associated with heart disease in adulthood, including triglycerides, the protein ApoC-III, and LDL-cholesterol.

“Everyone thinks sugar are ‘empty’ calories. But the data show that sugar’s detriment is unrelated to its calories. It damages the liver by overwhelming mitochondria, and driving liver fat, which drives chronic disease,” explained Robert Lustig, M.D., a pediatric endocrinologist and an author on the studies.

Sugar overconsumption is a well-documented cause of heart disease and diabetes, yet many people are unaware of the risks — and that’s no accident. Earlier this year, UCSF researchers uncovered documents showing that the sugar industry colluded with nutrition scientists in the 1960s to single out fat and cholesterol as contributors to coronary heart disease while downplaying the role of sugar. The media and health policy are beginning to catchup to the truth, and emerging research now suggests too much sugar is also a factor in cancer, Alzheimer’s disease and aging.

Getting a good night’s sleep affects more than just how you feel the next day. Increasing evidence links poor sleep to serious and chronic health problems like hypertension, diabetes, cancer and obesity.

For the vast majority of the population, the need for eight to eight-and-half hours of sleep is genetically determined. Though people may take pride in sleeping less and getting more work done, those missed hours take their toll, according to Aric Prather, Ph.D., assistant professor of psychiatry.

Prather’s research shows that sleep is essential for the immune system. In one study, people who slept less than six hours a night were four times more likely to succumb when exposed to the cold virus. In another, short sleepers were more than 11 times more likely to fail to develop adequate immunity after receiving a hepatitis B vaccination.

The common assumption that moderate alcohol use is “heart healthy” is being questioned through new research from the lab of Gregory Marcus, M.D., the Endowed Professorship of Atrial Fibrillation Research.

Although some research shows that moderate alcohol use can reduce the risk of heart attacks, the issue is much more complex. The same amount of alcohol can also change the structure of the heart in ways that increase the risk of atrial fibrillation, which in turn increases the risk of stroke.

Alcohol’s abilities to protect and harm the heart likely operate through different mechanisms and vary from person to person, said Marcus. A nightly glass of red wine might do you more harm than good, but most people don’t think beyond heart attacks when thinking about heart health.

Regardless, one clear pattern has emerged from research: people who believe alcohol is good for the heart tend to drink more.

Stress has long been linked to cardiovascular disease and weakened immune function, and UCSF researchers are now uncovering how this happens on a cellular level.

They’ve found that women under chronic stress have lower levels of klotho, a hormone that regulates aging and enhances cognition. In animal studies, when klotho is disrupted, the animals don’t live as long and suffer from hardening of arteries, and loss of muscle and bone.

Chronic psychological stress also shortens the length of telomeres, the protective caps on the ends of chromosomes that forestall DNA degradation. Telomeres naturally shorten as we age, but stress can speed up this cellular aging.

A recent study by Elizabeth Blackburn, Ph.D., Nobel laureate and former professor of biochemistry and biophysics at UCSF who now is the president of the Salk Institute for Biological Sciences, and Elissa Epel, Ph.D., professor of psychiatry, found that healthy older women who experienced stressful life events, such as the death of a loved one or unemployment, had significantly shortened telomeres after just one year.

But relax, there’s good news: The same study found that those with a healthier daily lifestyle, including physical activity, healthy diet and good sleep quality, appeared to be protected against the cellular effects of stress. And earlier research found that men who made improvements in diet, exercise, social support and stress management (such as regular meditation) could even increase their telomere length. Blackburn and Epel describe more research-based strategies to reduce stress in their new book.

Besides helping to shed those extra holiday pounds, exercise has profound health benefits that don’t show up on the scales.  In fact, exercise may be one of the best ways to counter the cellular damage caused by stress and trauma.

In one study of women who were primary caregivers for a family member with dementia, those who had regular physical activity were protected against stress-related telomere shortening. (Shorter telomeres are associated with increased incidence of disease and shorter lifespan.)

Exercise can also help prevent diseases ranging from dementia to cancer. A study last year found that in men ages 40 to 75, those who engaged in regular intense exercise and had other healthy lifestyle factors had a 69 percent lower risk of lethal prostate cancer.

“Exercise has the capacity to help us keep stress at bay and can limit the impact of stress on our minds and bodies,” said Eli Puterman, Ph.D., former assistant professor of psychiatry at UCSF and now at the University of British Columbia. “This is really one more great reason to develop a healthy relationship with exercise and try to incorporate more movement into our daily lives.”