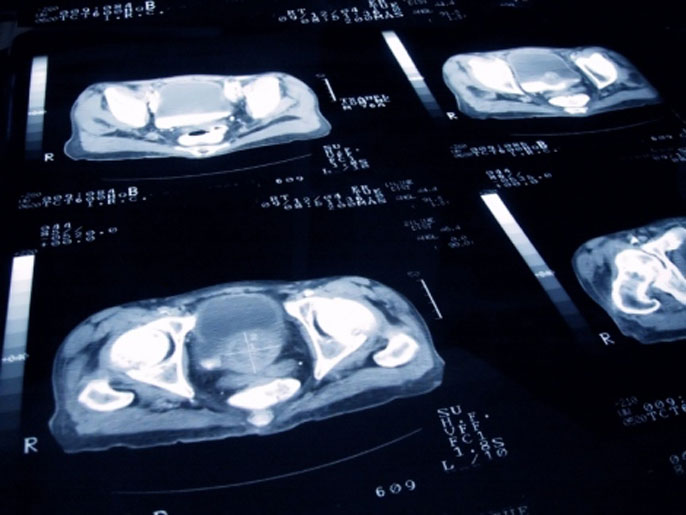 A test commonly used in breast cancer has been found to also identify which patients with aggressive prostate cancer will benefit from hormonal therapy, according to a study led by scientists at UC San Francisco and the University of Michigan.

While hormone therapy has been used successfully to treat many prostate cancer patients, until now, researchers have been unable to predict which patients would benefit from early initiation of this therapy following surgery. The study, conducted by a team of researchers at 11 medical centers nationwide and in Canada, demonstrates the first new way to select the best treatment for specific patients.

In the study, which appears today in the journal JAMA Oncology, the researchers divided prostate tumors into three subtypes based on genetic patterns. Their results reveal that starting hormone treatment after surgery prevents the spread of the tumor in only one of the three types, known as luminal B, a particularly aggressive form that affects about one-third of those with the disease.

Hormone therapy carries significant side effects, so knowing which patients are likely to benefit from it can focus treatment on the right patients at the appropriate time, while sparing the others of increased risk of fatigue, sexual dysfunction, osteoporosis, diabetes and other conditions.

If confirmed, patients with the luminal B subtype could be selected for early initiation of hormone therapy, which would allow for treatment intensification for patients most likely to benefit from it, said Felix Feng, a radiation oncologist with UCSF Health and a senior author of the study.

“We’ve clearly shown that there are different molecular subtypes of prostate cancer and that a test widely used in breast cancer can also potentially be used to help individualize therapy for prostate cancer patients as well.” said Feng, a UCSF associate professor of Radiation Oncology, Urology, and Medicine, who specializes in the treatment of high-risk, aggressive prostate cancers. He is also a member of the UCSF Helen Diller Family Comprehensive Cancer Center.

The test, called PAM50,  has been used for over a decade to identify which breast cancers are the best candidates for hormone treatment. But no such screen has been available for prostate cancer, Feng said. The new research shows that PAM50 can also distinguish between the three prostate cancer subtypes.

“Ultimately, our goal is to find the right treatment for the right patient at the right time,” said Feng.  “Using the PAM50 test may allow us to take the first step towards this goal, in the setting of hormone therapy for prostate cancer patients treated with surgery.”

Feng’s co-senior author on the research paper, Daniel Spratt, a radiation oncologist at the University of Michigan, commented on the potential of the biomarker to distinguish between the three prostate cancer subtypes: luminal B, luminal A and basal.

“Prostate cancer has seen a recent surge of both investigational and commercially available prognostic biomarkers,” Spratt said. “Luminal and basal subtyping can be added to a very short list of predictive biomarkers in prostate cancer to truly personalize treatment for prostate cancer patients.”

A provocative and hopeful study

They determined that luminal B disease was the most aggressive, with metastases recurring in about half of the patients over 10 years, compared to about one quarter of the patients with the luminal A or basal subtype.

They found that ADT treatments were more effective with luminal B tumors and may even have worsened prognosis in the other types of tumors — a finding that would need to be confirmed with a prospective study and to firmly establish the biomarker finding as a diagnostic tool to guide treatment, said Feng.

Feng and Spratt will co-lead a large, National Cancer Institute-funded prospective clinical trial involving as many as a hundred clinical research sites, using the PAM50 assay to identify patients by their cancer subtype, and then randomly assign them to treatment with radiation and a placebo or radiation and hormone therapy treatment.

“Our research published today, while very provocative, needs to be validated in this prospective study,” the researchers said. “We’re hopeful that the biomarkers will prove to be a robust predictor of hormone treatment success, so we can increase survival of even the most aggressive cases and at the same time limit hormone treatment to those patients most likely to benefit from it.”

Funding for the study was provided by the Prostate Cancer Foundation, Evans Foundation, V Foundation for Cancer Research, and A. Alfred Taubman Medical Research Institute.