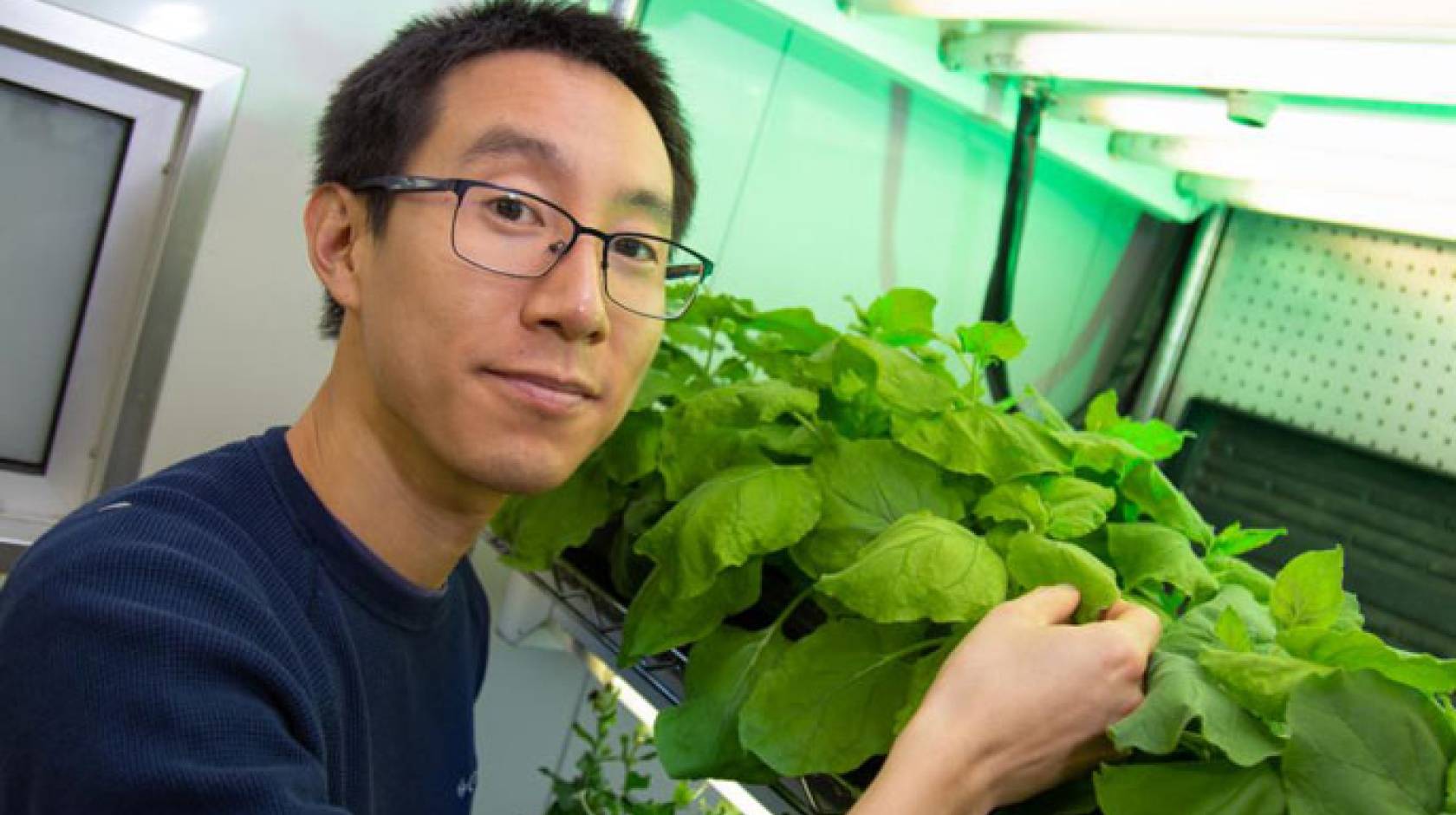 Credit: David Slipher/UC Davis
Patrick Shih, assistant professor in the Department of Plant Biology, is one of four young faculty members to be awarded Sloan Research Fellowships this year. Shih is studying the evolution of photosynthesis.

The Alfred P. Sloan Foundation recognized 126 outstanding American and Canadian faculty from 57 colleges and universities. Sloan fellows are nominated by their peers and selected on the strength of their research achievements, creativity and potential to become leaders in their fields. Winners are awarded a two-year, $70,000 fellowship to further their research.

“Sloan Research Fellows are the best young scientists working today,” said Adam F. Falk, president of the Alfred P. Sloan Foundation. “Sloan fellows stand out for their creativity, for their hard work, for the importance of the issues they tackle, and the energy and innovation with which they tackle them. To be a Sloan fellow is to be in the vanguard of 21st century science.”

Hu, an assistant professor of mechanical and aerospace engineering, conducts research on heat transfer and electron transport in nanostructures, interfaces and packaging. Hu’s work has contributed to developing the most efficient semiconductor material.

Moorjani’s research focuses on using statistical and computational approaches to study questions in human genetics and evolutionary biology, with a central aim of understanding the impact of evolutionary history on genetic variation and its application to human history and biology.

Shih is an assistant professor in the department of plant biology at UC Davis. His research focuses on engineering and investigating the evolution of metabolic pathways using synthetic biology.

Levine’s research as an assistant professor in electrical engineering and computer science focuses on the intersection between control and machine learning, with the aim of developing algorithms and techniques that can endow machines with the ability to autonomously acquire the skills for executing complex tasks.

Chetverikov, an econometrician at UCLA’s department of economics, has recently researched work on high-dimensional models, shape restrictions and applications of empirical process theory in econometrics.

Strack, an assistant professor of economics, is a microeconomic theorist who studies the behavior of people in dynamic situations. Applications of his work include revenue maximizing sales of airplane tickets, optimal unemployment benefits and competition between mutual fund managers.

As an assistant professor in UC San Diego’s department of mathematics, Zheng’s primary research is in random walks on groups. Of particular interest are harmonic functions on groups, metric embeddings, and the “spectral” approach to problems in geometric group theory.

Zhou researches differential geometry, the calculus of variations and general relativity as an assistant professor within UC Santa Barbara’s department of mathematics.

An assistant professor of neurology, Kato runs the Kato Lab at UCSF’s Center for Integrative Neuroscience. The lab develops and applies computational, cutting-edge engineering and experimental approaches to basic and applied neuroscience and builds theories of brain function in humans and animals.

Sprague is an assistant professor of psychological and brain sciences. His lab examines how the actions we wish to perform impact neural representations of the world by combining computational neuroimaging, behavioral testing and model-based analysis techniques to shed light on how brain networks support and constrain our ability to represent information about our environment.

Liu, an assistant professor in the department of earth sciences at UC Riverside, focuses his research on the dynamics controlling the evolution and variability of the climate system and associated climate adaptation.

Dressing, an observational astronomer and assistant professor of astronomy, focuses her research on detecting and characterizing planetary systems orbiting nearby stars. Curious about how planets form and evolve with time, she uses telescopes on the ground and in space to search for planets, probe their atmospheres, measure their masses and constrain their bulk compositions.

Raman, an assistant professor in UCLA’s materials science and engineering department who has been honored for his research on renewable energy, explores how light and heat can be controlled at the nanoscale to enable new technological possibilities for cleaner energy, information processing, sensing, displays and communication systems.