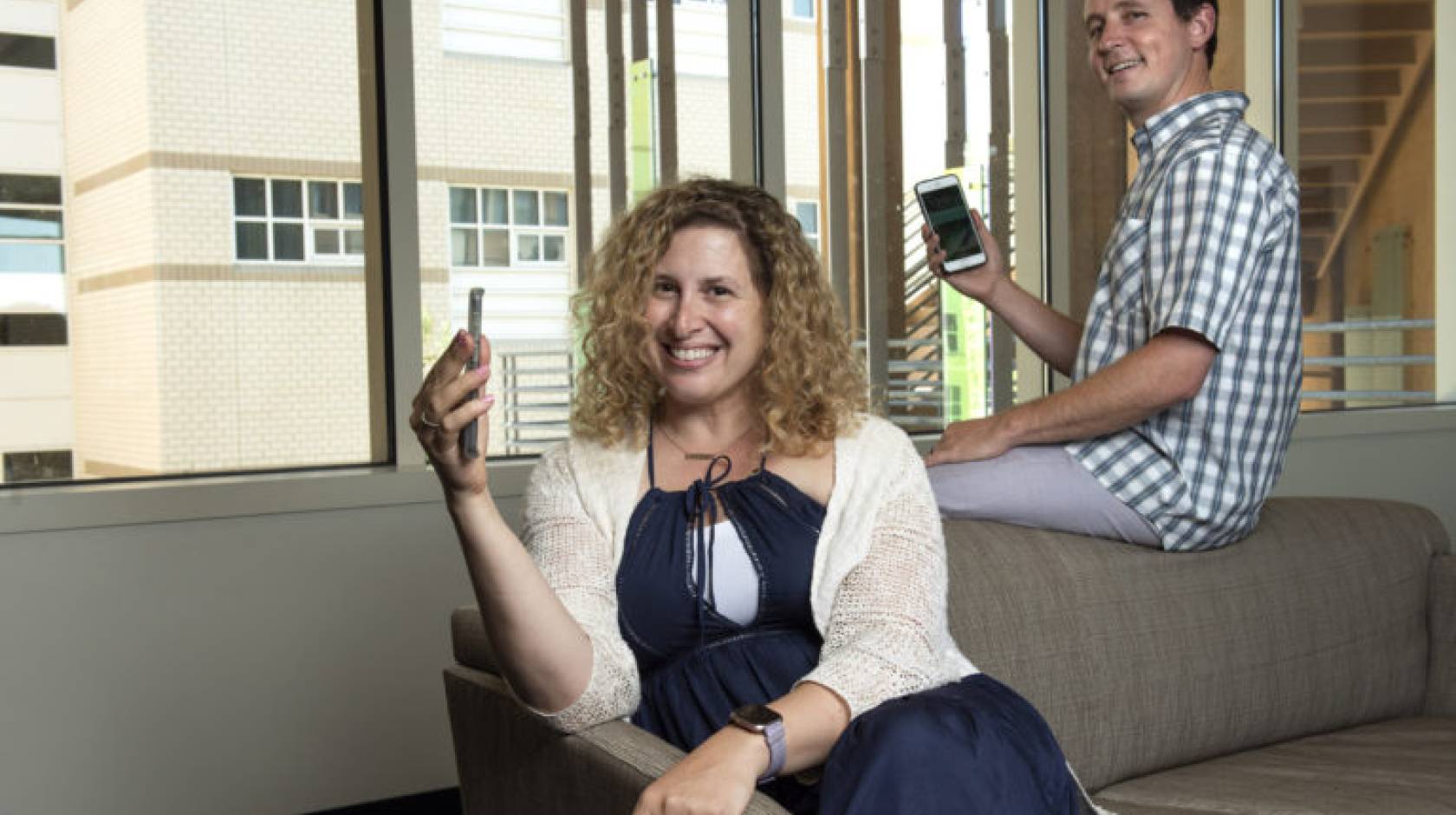 Credit: Steve Zylius /UCI
“When people can shift their attention away from environmental stressors toward the symbolic connections offered by their phones, it may mitigate feelings of isolation and can provide a sense of security,” says the study’s lead author, John Hunter, a UCI Ph.D. candidate in psychology & social behavior, shown here with co-author Sarah Pressman, associate professor of psychology & social behavior.

Not only can your smartphone serve as your wallet, watch and map, it can also be your digital security blanket.

In a new study led by the University of California, Irvine, researchers found that when people are in awkward social situations, having their phones with them offers comfort and helps relieve feelings of isolation.

“Our results suggest that the mere presence of a phone, not necessarily actually using it, can buffer against the negative experience and effects of social exclusion,” said lead author John Hunter, a UCI Ph.D. candidate in psychology & social behavior. “It could be that possessing your phone is a reminder of your support system, symbolically and literally allowing you to connect with others outside your immediate surroundings.”

Diminishment of the quality and extent of in-person interactions is usually considered a negative byproduct of technology use. It’s a common occurrence: a group of people sitting together but not talking to each other because they are all looking at their phones. However, the ability to divert one’s focus in order to temporarily escape an uncomfortable situation can be beneficial.

“Phones serve as symbols of an individual’s larger personal network,” Hunter said. “When people can shift their attention away from environmental stressors toward the symbolic connections offered by their phones, it may mitigate feelings of isolation and can provide a sense of security.”

The nine-month study, which appears in a recent issue of the journal Psychosomatic Medicine, measured the physiological and psychological responses of 148 people to social isolation.

After completing a questionnaire and giving saliva samples, one-third of the participants were encouraged to use their phones as they normally would, one-third were asked not to use their phones, and one-third had their phones taken away. They were then left in a room at a small table with two other people who were actually part of the experiment; they had been trained to verbally and physically exclude the participants by engaging in conversation about a fictional personal connection and turning away from them.

After the exclusion period, participants gave additional saliva samples and described their emotional reactions. Researchers discovered higher levels of the stress hormone alpha amylase in the saliva of two groups: those who didn’t have their phones and those who used them. Subjects who were allowed to keep their phones but not use them had the lowest levels of the stress hormone. However, both groups who had their phones – whether or not they could use them – reported feeling less isolated and excluded than participants who didn’t have their phones.

“The body’s stress response – along with sensations of isolation, rejection and stress – can be harmful to future health,” said co-author Sarah Pressman, associate professor of psychology & social behavior. “This is the first study to empirically show that smartphones make us feel better and observably reduce stress hormones in the body, pointing to the possibility that smartphones can be healthful in some ways.”

Researchers from Brandeis University and Friedrich-Alexander University in Erlangen, Germany, also contributed to the work. 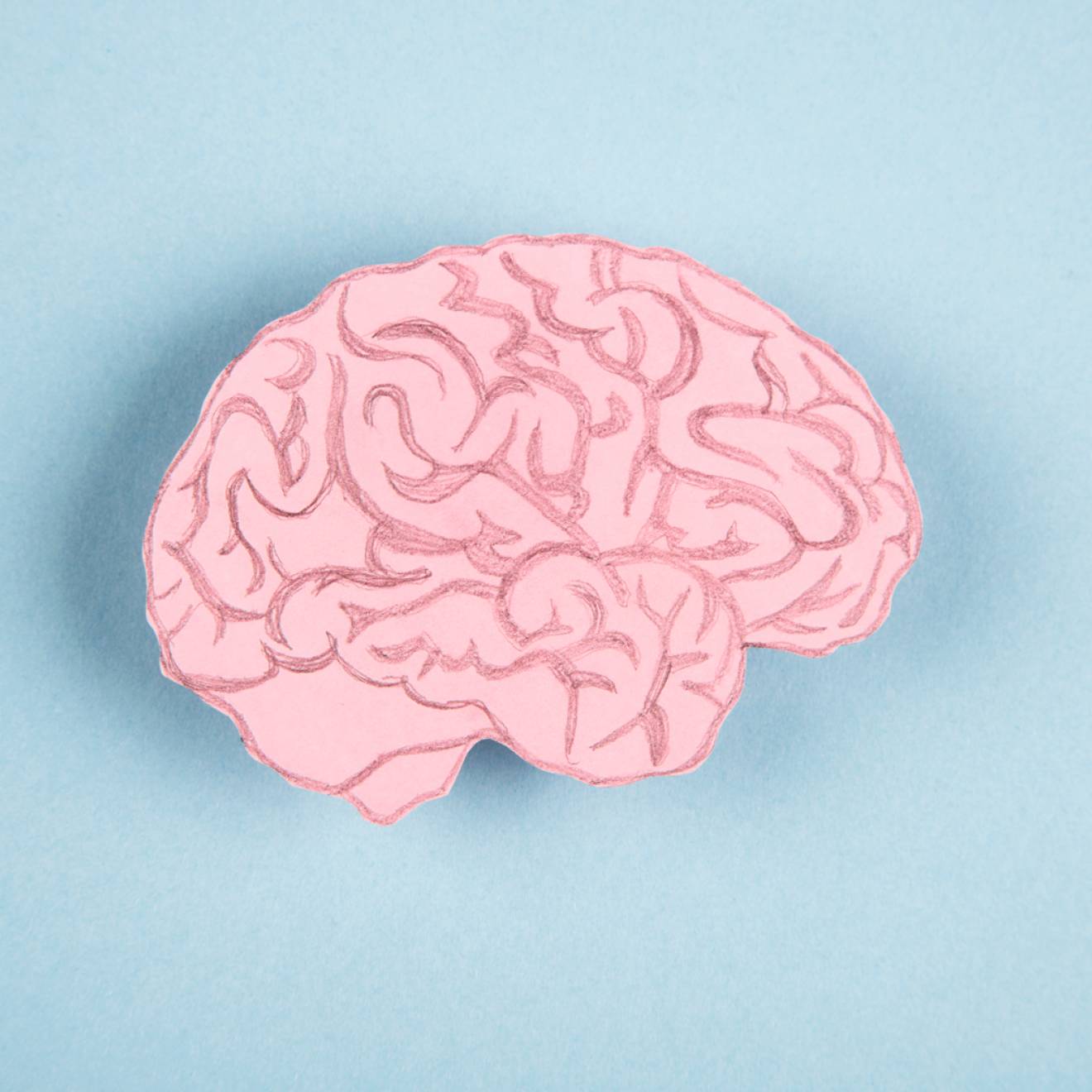 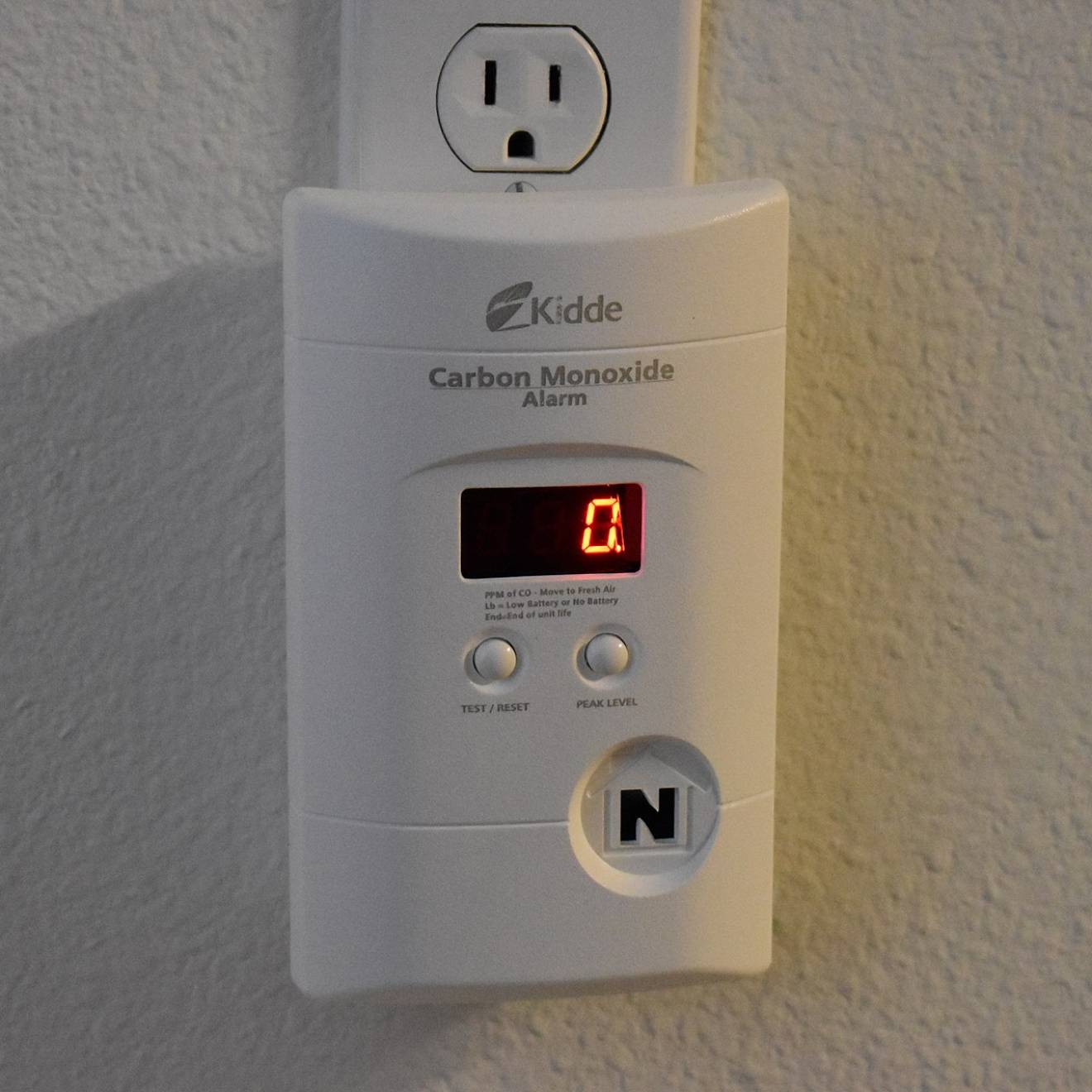