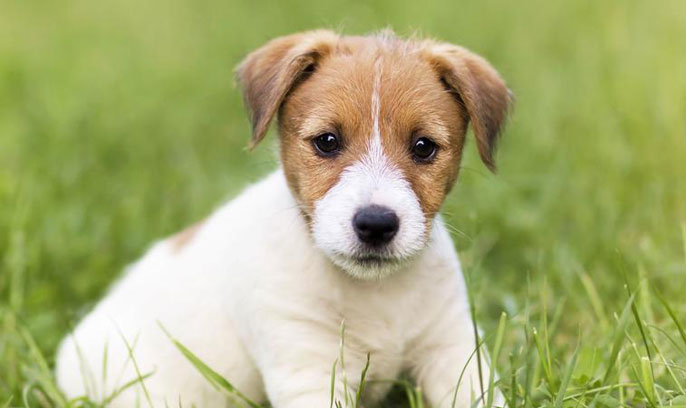 Have you ever looked at a puppy and had the urge to squeeze or even bite it? Or felt compelled to pinch a baby’s cheeks, albeit without a desire to harm it? If you answered yes to either question, you’ve experienced a phenomenon called cute aggression — and you’re far from alone.

Until now, research exploring how and why cute aggression occurs has been the domain of behavioral psychology, said Katherine Stavropoulos, an assistant professor of special education at the University of California, Riverside. But recently Stavropoulos, a licensed clinical psychologist with a background in neuroscience, has taken formal study of the phenomenon a few steps further.

In her research, Stavropoulos uses electrophysiology to evaluate surface-level electrical activity that arises from neurons firing in people’s brains. By studying that activity, she gauges neural responses to a range of external stimuli.

Stavropoulos said she first heard the term “cute aggression” after a team of Yale University psychologists released research related to the phenomenon in 2015.

After poring over the Yale research, Stavropoulos wondered whether there was a neural component to cute aggression. If people reported experiencing urges to squeeze, crush, or even bite creatures they found cute, would their brains also reflect patterns of activity that could be tied to those urges?

Stavropoulos hypothesized that the brains of people who reported experiencing cute aggression would, in fact, provide evidence of detectable activity. She suggested the activity might be related to the brain’s reward system, which deals with motivation, feelings of “wanting”, and pleasure, or to its emotion system, which handles emotional processing — or, more likely, to both.

Stavropoulos and UC Riverside doctoral student Laura Alba recruited 54 study participants between the ages of 18 and 40, all of whom agreed to wear caps outfitted with electrodes. While wearing the caps, participants looked at four blocks of 32 photographs divided into categories:

After viewing each block on a computer screen, participants were then shown a set of statements and asked to rate how much they agreed with them on a scale of 1 to 10.

The survey was designed to assess how cute participants found each block of photographs — known as “appraisal” — and how much cute aggression they were experiencing in response. Participants also rated how overwhelmed they felt after viewing the photos (“I can’t handle it!” and “I can’t stand it!”) and whether they felt compelled to take care of what they had just viewed (“I want to hold it!” and “I want to protect it!”).

Stavropoulos said the statements were the same ones used in Yale researcher Oriana Aragón’s groundbreaking 2015 study of cute aggression.

Overall, participants self-reported more significant feelings of cute aggression, being overwhelmed, appraisal, and caretaking toward cute (baby) animals than toward less cute (adult) animals. Among the two categories of babies — cute (enhanced) and less cute (non-enhanced) — the researchers did not observe the same pattern.

Using electrophysiology, Stavropoulos also measured study participants’ brain activity before, during, and after viewing the sets of images. To her knowledge, the study’s results, published this week in the journal Frontiers in Behavioral Neuroscience, are the first to confirm a neural basis for cute aggression.

Based on the neural activity she observed in participants who experienced cute aggression, Stavropoulos’s findings offer direct evidence of both the brain’s reward system and emotion system being involved in the phenomenon.

‘I just can’t handle it’

Another result that Stavropoulos said lends weight to prior theories: The relationship between how cute something is and how much cute aggression someone experiences toward it appears to be tied to how overwhelmed that person is feeling.

“Essentially, for people who tend to experience the feeling of ‘not being able to take how cute something is,’ cute aggression happens,” Stavropoulos said. “Our study seems to underscore the idea that cute aggression is the brain’s way of ‘bringing us back down’ by mediating our feelings of being overwhelmed.”

Stavropoulos likened this process of mediation to an evolutionary adaptation. Such an adaptation may have developed as a means of ensuring people are able to continue taking care of creatures they consider particularly cute.

“For example, if you find yourself incapacitated by how cute a baby is — so much so that you simply can’t take care of it — that baby is going to starve,” Stavropoulos said. “Cute aggression may serve as a tempering mechanism that allows us to function and actually take care of something we might first perceive as overwhelmingly cute.”

In the future, Stavropoulos hopes to use electrophysiology to study the neural bases of cute aggression in a variety of populations and groups, such as mothers with postpartum depression, people with autism spectrum disorder, and participants with and without babies or pets.

“I think if you have a child and you’re looking at pictures of cute babies, you might exhibit more cute aggression and stronger neural reactions,” she said. “The same could be true for people who have pets and are looking pictures of cute puppies or other small animals.”