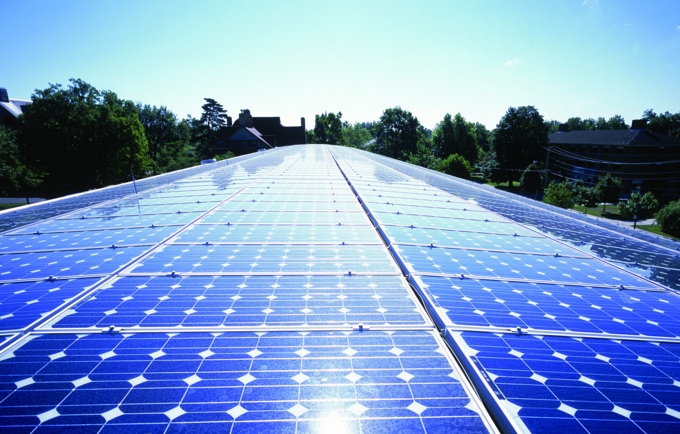 BERKELEY — Low-cost solar power could supply more than a third of all energy needs in the Western U.S., if the nation can hit its targets for reducing the cost of solar energy, according to a new study by researchers at the University of California, Berkeley.

The UC Berkeley scientists used a detailed computer model they developed of the West’s electric power grid to predict what will happen if the U.S. Department of Energy (DOE) succeeds with its SunShot Initiative, which aims to make solar power more affordable and accessible to Americans. The model also considered the effects of enacting proposed carbon policies, such as a carbon cap.

They found that achieving the SunShot target would allow solar photovoltaic technology to provide more than a third of electric power in the region by 2050, displacing natural gas, nuclear and carbon capture and sequestration technologies. This would reduce greenhouse gas emissions enough to help minimize the negative impacts of climate change, the researchers said.

“Given strategic long-term planning and research and policy support, the increase in electricity costs can be contained as we reduce emissions,” said study leader Dan Kammen, Distinguished Professor of Energy in UC Berkeley’s Energy and Resources Group. “Saving the planet may be possible at only a modest cost.”

Kammen and his UC Berkeley students are developing the computer model, called SWITCH, in the Renewable and Appropriate Energy Laboratory (RAEL) to study generation, transmission and storage options for the United States west of the Kansas/Colorado border as well as in northwest Mexico and the Canadian provinces of Alberta and British Columbia.

“Our goal is to study how we can keep costs low and ensure that the grid stays reliable as we transition to an electricity system with lower emissions and higher levels of intermittent renewable generation,” said first author Ana Mileva, a UC Berkeley graduate student in the Energy and Resources Group and RAEL.

SunShot is the DOE’s effort to work with industry, government and researchers to bring the price of solar power down to that of conventional power by 2020. The DOE currently invests about $300 million per year in solar energy technologies.

Kammen said that carbon caps or taxes will be needed to provide an initial incentive for the utility industry to move toward low-carbon electricity sources to reduce greenhouse gas emissions. However, while some previous studies have emphasized the high cost of carbon taxes or caps, the new study shows that achieving the SunShot targets could greatly moderate the increased costs of electric power. Solar power could save consumers 14 percent, or more than $20 billion, annually by 2050 while still achieving carbon goals.

Coauthors of the study, which has been accepted for publication in the journal Environmental Science and Technology, are James Nelson and Josiah Johnston of RAEL and the Energy and Resources Group. The energy policy study was funded by the California Energy Commission, the Link Energy Fellowship and the DOE through an ARPA-E (Advanced Research Projects Agency-Energy) grant to the startup energy storage company Seeo. Computing resources for the study were provided by UC Berkeley’s Center for Information Technology Research in the Interest of Society (CITRIS).