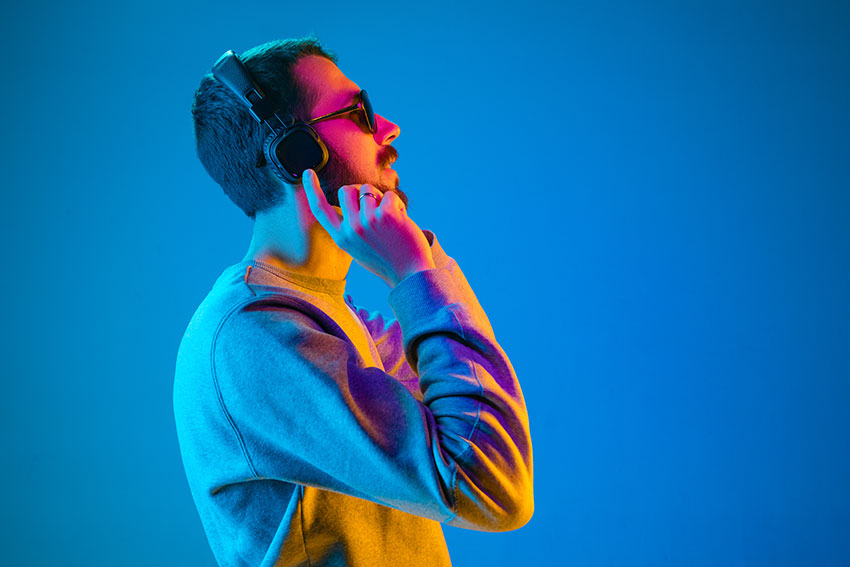 So, no one told you life was going to be this way.
Your job's a joke, you're broke, your love life's DOA.
It's like you're always stuck in second gear,
When it hasn't been your day, your week, your month or even your year…

If you have watched TV since the ’90s, the sitcom theme song, “I’ll Be There For You,” has likely been stuck in your head at one point or another. New research from UC Davis suggests these experiences are more than a passing nuisance — they play an important role in helping memories form, not only for the song, but also related life events like hanging out with friends — or watching other people hang with their friends on the ’90s television show, Friends.

“Scientists have known for some time that music evokes autobiographical memories, and that those are among the emotional experiences with music that people cherish most,” said Petr Janata, UC Davis professor of psychology and co-author on a new study.

What hasn’t been understood to date is how those memories form in the first place and how they become so durable, such that just hearing a bit of a song can trigger vivid remembering. — Petr Janata

The paper, “Spontaneous Mental Replay of Music Improves Memory for Incidentally Associated Event Knowledge,” was published online in the Journal of Experimental Psychology: General. Co-authors are Janata and Benjamin Kubit, a postdoctoral researcher in cognitive neuroscience, both of the UC Davis Department of Psychology, and Center for Mind and Brain.

This new research offers an initial glimpse into these mechanisms and, somewhat surprisingly, finds that the songs that get stuck in your head help that process of strengthening memories as they first form, the authors said. Thus, this is the first research to link two of the most common phenomena people experience with music — earworms (having a song stuck in your head) and music-evoked remembering.

For their latest study, the researchers worked with 25 to 31 different people in each of three experiments, over three different days, spaced weeks apart. Subjects first listened to unfamiliar music, and then, a week later, listened to the music again, this time paired with likewise unfamiliar movie clips. In one instance, movies were played without music. The research subjects, all UC Davis undergraduate and graduate students, were subsequently asked to remember as many details as they could from each movie as the music played. They were also quizzed about their recollection of the associated tunes and how often they experienced each of the tunes as an earworm. None of them had formal music training.

The results: the more often a tune played in a person’s head, the more accurate the memory for the tune became and, critically, the more details the person remembered from the specific section of the movie with which the tune was paired.

With only one week between when they saw the movie, and when they were asked to remember as many details from the movie as they could while listening to the movie soundtrack, the effect of repeatedly experiencing a tune from the soundtrack as an earworm resulted in near-perfect retention of the movie details. These people’s memories, in fact, were as good as when they had first seen the movie. Additionally, most subjects were able to report what they were typically doing when their earworms occurred, and none of them mentioned the associated movies coming to mind at those times.

“Our paper shows that even if you are playing that song in your mind and not pulling up details of memories explicitly, that is still going to help solidify those memories,” Janata said.

“We typically think of earworms as random nuisance beyond our control, but our results show that earworms are a naturally occurring memory process that helps preserve recent experiences in long-term memory,” Kubit said.

The authors said they hope the research, which is ongoing, could eventually lead to the development of nonpharmaceutical, music-based interventions to help people suffering from dementia and other neurological disorders to better remember events, people and daily tasks.