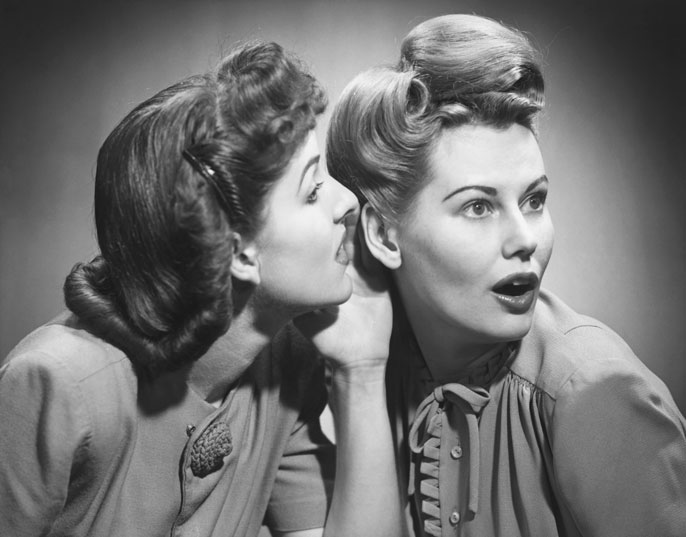 It’s the first-ever study to dig deep into who gossips the most, what topics they gossip about, and how often people gossip — 52 minutes a day on average.

“There is a surprising dearth of information about who gossips and how, given public interest and opinion on the subject,” said Megan Robbins, an assistant psychology professor who led the study along with Alexander Karan, a graduate student in her lab.

If you’re going to look at gossip like an academic, remove the value judgment we assign to the word. Gossip, in the academic’s view, is not bad. It’s simply talking about someone who isn’t present. That talk could be positive, neutral, or negative.

“With that definition, it would be hard to think of a person who never gossips because that would mean the only time they mention someone is in their presence,” Robbins said. “They could never talk about a celebrity unless the celebrity was present for the conversation; they would only mention any detail about anyone else if they are present.”

“Not only would this be difficult, but it would probably seem strange to people they interact with.”

In the research, Robbins and Karan looked at data from 467 people — 269 women, 198 men — who participated in one of five studies. Participants were 18 to 58 years old.

Participants wore a portable listening device Robbins employs in her research called the Electronically Activated Recorder, or EAR. The EAR samples what people say throughout the day; about 10 percent of their conversation is recorded, then analyzed by research assistants.

The research assistants counted conversation as gossip if it was about someone not present. In all, there were 4,003 instances of gossip. They then filtered the gossip into three categories: positive, negative, or neutral.

The assistants further coded the gossip depending on whether it was about a celebrity or acquaintance; the topic; and the gender of the conversation partner.

A final result? Everyone gossips. “Gossip is ubiquitous,” the study concludes.

The paper, “Who Gossips and How Often in Everyday Life,” was published online this week in the journal Social Psychological and Personality Science.