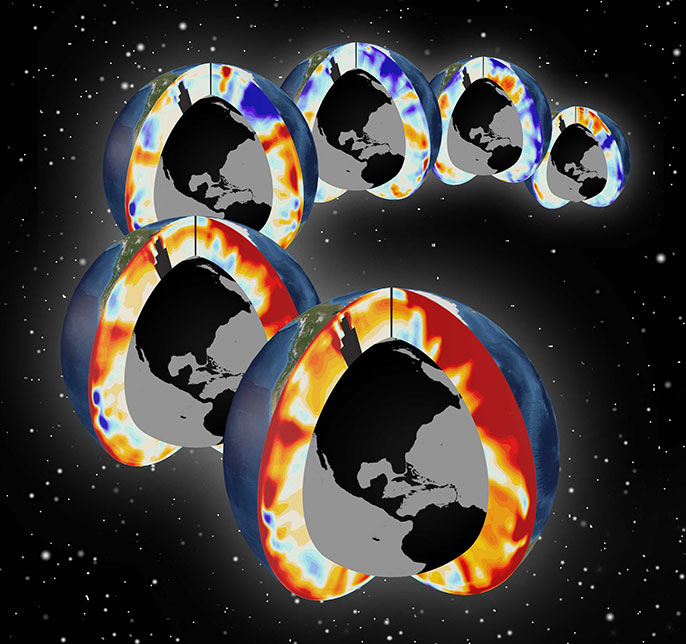 Lawrence Livermore scientists, working with National Oceanic and Atmospheric Administration and university colleagues, have found that half of the global ocean heat content increase since 1865 has occurred over the past two decades.

“In recent decades the ocean has continued to warm substantially, and with time the warming signal is reaching deeper into the ocean,” said LLNL scientist Peter Gleckler, lead author of a paper published in the journal Nature Climate Change.

Changes in ocean heat storage are important because the ocean absorbs more than 90 percent of the Earth’s excess heat increase associated with global warming. The observed ocean and atmosphere warming is a result of continuing greenhouse gas emissions. Quantifying how much heat is accumulating in the Earth system is critical to improving the understanding of climate change already under way and to better assess how much more to expect in decades and centuries to come. It is vital to improving projections of how much and how fast the Earth will warm and seas rise in the future.

Increases in upper ocean temperatures since the 1970s are well documented and associated with greenhouse gas emissions. By including measurements from a 19th century oceanographic expedition and recent changes in the deeper ocean, the study indicates that half of the accumulated heat during the industrial era has occurred in recent decades, with about a third residing in the deeper oceans.

The team analyzed a diverse set of ocean temperature observations and a large suite of climate models. Scientists have measured ocean temperatures in a variety of ways over time, from lowering pairs of minimum-maximum thermometers to different depths on lines dangled overboard during the H.M.S. Challenger 1872-1876 expedition, to the highly accurate modern instruments used on a global array of robotic profiling floats (called Argo), launched around 1999 that “phone home” the data using satellites.

While Argo only samples the upper half of the ocean volume, pilot arrays of new “Deep Argo” floats that sample to the ocean floor are being deployed. This vast ocean volume in the deeper half is only measured infrequently by research vessels. Those deep data also show warming, even in the bottom layers of the ocean in recent decades.

“Given the importance of the ocean warming signal for understanding our changing climate, it is high time to measure the global ocean systematically from the surface to the ocean floor,” said NOAA oceanographer Gregory Johnson.

Other authors include NOAA climate modeler Ronald Stouffer and Pennsylvania State University climate scientist Chris Forest. The study was conducted as part of the Climate Research Program at Lawrence Livermore National Laboratory through the Program for Climate Model Diagnosis and Intercomparison, which is funded by the Department of Energy’s Office of Science through the Office of Biological and Environmental Research’s Regional and Global Climate Modeling Program. The NOAA contribution was supported by NOAA’s Office of Oceanic and Atmospheric Research. Work at Penn State was partially supported by the Department of Energy, Office of Science, Office of Biological and Environmental Research and by the National Science Foundation through the Network for Sustainable Climate Risk Management (SCRiM).

See the FAQs and fact sheet.