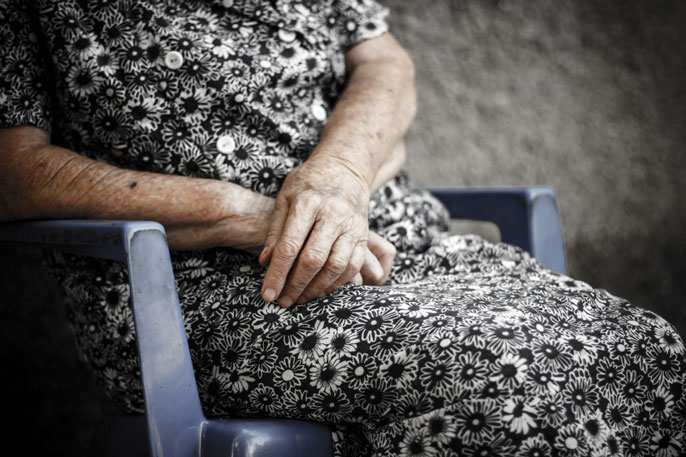 Serious and escalating depression in the elderly may almost double the likelihood of dementia, according to a study led by UC San Francisco, and could be an independent risk factor for cognitive decline, rather than just an early symptom of it.

While research from other institutions has linked depression with dementia, this study is the first to identify a depression trajectory tied with its increased incidence.

“Our results raise the possibility that older adults’ cognitive health could be improved with interventions to reduce depressive symptoms, such as psychotherapy or other behavioral interventions, or medications,” said lead author Allison Kaup, Ph.D., assistant adjunct professor at the UCSF Department of Psychiatry and a clinical research psychologist and clinical neuropsychologist at San Francisco VA Medical Center. “This is an important topic for future treatment studies to investigate.”

The study, which was published in the current issue of JAMA Psychiatry, tracked depressive symptoms for five years in 2,488 seniors in their seventies, who were found not to have dementia. Then, over the following six years, the researchers looked at the number of seniors who developed dementia, based on cognitive testing, hospital records and use of dementia medications.

The researchers found that 12.3 percent of those with consistently minimal depression symptoms developed dementia, versus 21.4 percent with serious and escalating symptoms. The group with moderate and increasing symptoms also had a higher rate of dementia than those with minimal symptoms, but this increase was discounted when the researchers compared cognitive functioning levels during the enrollment period when they were found to be free of dementia.

“While we cannot rule out that depression may foreshadow dementia as an early symptom, or may be an emotional response to cognitive decline, we found an almost twofold increase among those with high-and-increasing symptoms,” said Kaup. “This suggests that a particular pattern of depressive symptoms may be an independent risk factor.”

“There are many reasons why clinicians should screen older patients for depressive symptoms,” she said. “There is a wealth of research showing that a variety of health and lifestyle factors influence cognitive health, such as physical activity and maintaining good cardiovascular health. Likewise, it appears that emotional health is important for cognitive health in aging.”

According to the National Institute of Neurological Disorders and Stroke, 5 million Americans age 65 and older may have Alzheimer’s disease, the most common form of dementia. The risk of dementia increases with age; after age 85, close to 50 percent of the population has the condition, which is characterized by memory loss, impaired reasoning and personality changes.

The lead author reported access to software programs and tablet devices by Akili Interactive Labs for use in research unrelated to the present study. The senior author reported being a consultant for Novartis and Pfizer, serving on monitoring boards for Takeda Inc. and a National Institute on Aging-sponsored study, as well as on the Beeson Scientific Advisory Board. No further disclosures were reported.

The senior author on the paper is Kristine Yaffe, M.D., of the UCSF departments of Neurology, Psychiatry, and Epidemiology and Biostatistics, and of the San Francisco VA Medical Center. Co-authors are Amy Byers, Ph.D., MPH, of UCSF and of the San Francisco VA Medical Center; Cherie Falvey, MPH; Hilsa Ayonayon, Ph.D.; and Susan Rubin, MPH, of UCSF; Eleanor Simonsick, Ph.D., of the National Institute on Aging; Suzanne Satterfield, M.D., Dr.PH., of the University of Tennessee Health Science Center;  and Stephen Smagula, Ph.D., of the University of Pittsburgh.