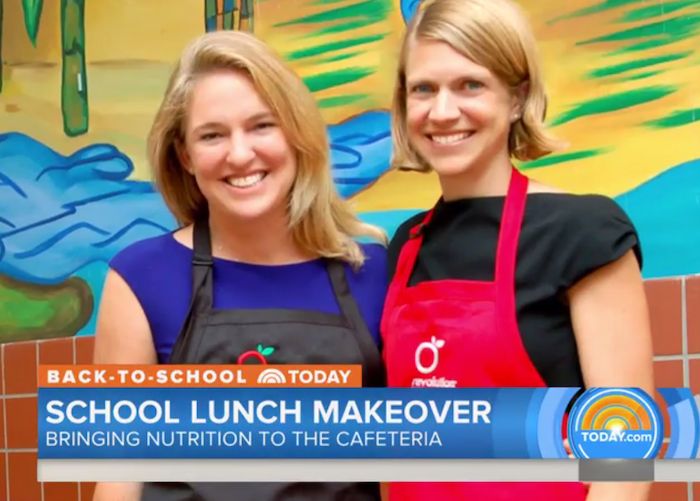 When the Today Show aired a back-to-school segment on how school food is being disrupted by healthier options, producers turned to two companies founded by UC Berkeley-Haas alumni.

Richmond and Toby met in a marketing class at Haas, launching their company as an antidote to pre-frozen, unhealthy school meals. Today, the company ferries two million fresh lunches per week to 2,000 schools in three dozen cities.

Back to the Roots, founded by Nikhil Arora and Alejandro Velez, both UC Berkeley Haas B.S. '09, started with an idea for urban mushroom farming that morphed into Back to the Roots. Today, the company has expanded to sell mushroom farm kits, aqua farms, and home herb gardens at retailers from Costco to Whole Foods. Last March, the company was awarded a contract to provide breakfast to all of New York City’s public schools. New York, the world’s largest public education system, is one of six cities now providing the company’s cereals: organic, low-sugar, whole wheat cocoa clusters and cinnamon clusters, and purple corn flakes. “The most fun piece of this is seeing the (kids’) spark of curiosity about food,” Arora said.

“We approach cereal from a completely different perspective,” Velez said.

In the segment, Bush Hager took a tour of a Rev Foods kitchen with Richmond, who explained that the company sources whole grains, fresh veggies, and lean proteins; cooks the meals in the company’s local kitchens; and sends them out to schools across the region in refrigerated trucks.

“What we know is that healthy meals — we now have the data to prove it — drive not only health outcomes but also student outcomes in the classroom,” she said. Providing kids of all income levels healthy food “sends a message of respect. It sends a message of empowerment.”

Arora said the company’s packaged cereals cost only about 10 cents more per serving than commercial cereals that are “a quarter to a half” sugar.

“If it can work in NYC, we see no reason why our cereals, offerings by Rev Foods, and other healthier foods shouldn’t be in every other district across the country,” Arora said, in a separate interview.

Check out our video on Back to the Roots below