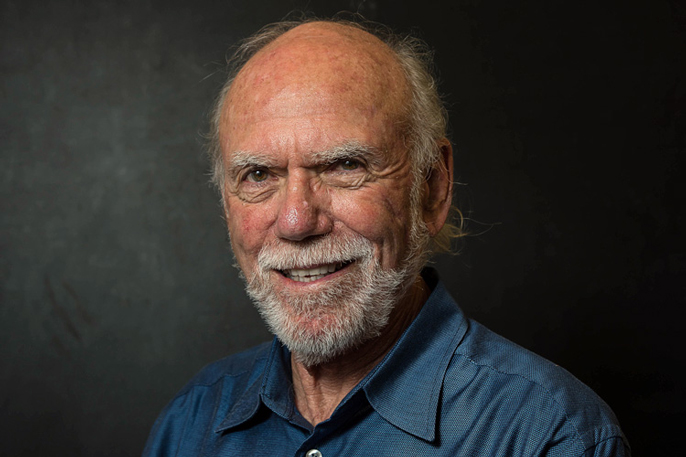 Barry Barish, who obtained his B.S. and Ph.D from UC Berkeley in 1957 and 1962, respectively, shared the 2017 Nobel Prize in Physics for the discovery of gravitational waves. Barish is the Ronald and Maxine Linde Professor of Physics, Emeritus, at Caltech.

UC Berkeley alum Barry Barish, a retired Caltech physicist, has run many huge physics collaborations during his career, ranging from neutrino experiments at Fermilab to the Superconducting Supercollider, a megaproject long since killed off by the federal government.

But his most rewarding was the Laser Interferometer Gravitational-wave Observatory, called LIGO, which in 2015 detected the first gravitational waves, which were predicted by Albert Einstein more than 100 years ago.

This discovery has now earned Barish a share of the 2017 Nobel Prize in Physics, along with fellow Caltech physicist Kip Thorne and MIT physicist Rainer Weiss. Barish earned his B.S. in physics in 1957 and his Ph.D. in experimental particle physics in 1962 from Berkeley.

For more about his contributions to the historic discovery of gravitational waves produced by merging black holes billions of light years from Earth, please read the Caltech press release.

You can listen to a short interview between Barry Barish and Adam Smith of Nobelprize.org just after the announcement here.

Barish's son, Kenneth, is professor and acting chair of physics at UC Riverside.