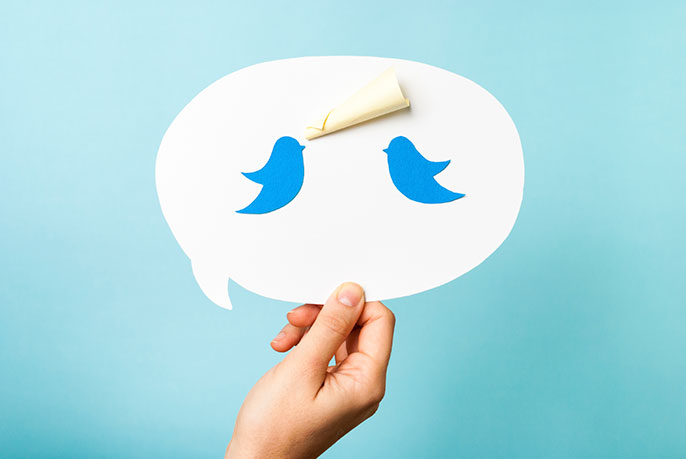 UC Berkeley psychologist Dacher Keltner’s expertise on the science of emotions has been used to enhance the Pixar movie “Inside Out,” as well as Facebook’s selection of emoticons and messaging tools.

Now his emotional intelligence is being tapped to create a kinder and gentler Twittersphere.

Keltner, a psychology professor at Berkeley for 20 years, has been appointed to Twitter’s new “Trust & Safety Council,” an advisory panel tasked with helping to combat trolls, abuse and harassment on the 10-year-old microblogging site. Another academic on the panel is Marc Brackett, director of the Yale Center for Emotional Intelligence.

“My hope is to rely on the science of cooperation and compassion to empower Twitter users to engage in more productive free speech,” said Keltner, founding director of UC Berkeley’s Greater Good Science Center.

Twitter, which boasts 320 million active monthly users, is promoting the creation of its Trust & Safety Council as part of an effort to seek a balance between cybersafety and free speech. For example, its spokespeople say the company has suspended more than 125,000 accounts with suspected links to the Islamic State terrorist group.

According to its Abusive Behavior policy, “Users may not make threats of violence or promote violence, including threatening or promoting terrorism” and “may not incite or engage in the targeted abuse or harassment of others.” Punitive measures range from the deletion of a tweet to the permanent closure of one’s account.

“Twitter empowers every voice to shape the world. But you can’t do that unless you feel safe and confident enough to express yourself freely and connect with the world around you,” says the announcement on Twitter’s blog. “To help give your voice more power, Twitter does not tolerate behavior intended to harass, intimidate or use fear to silence another user’s voice.”