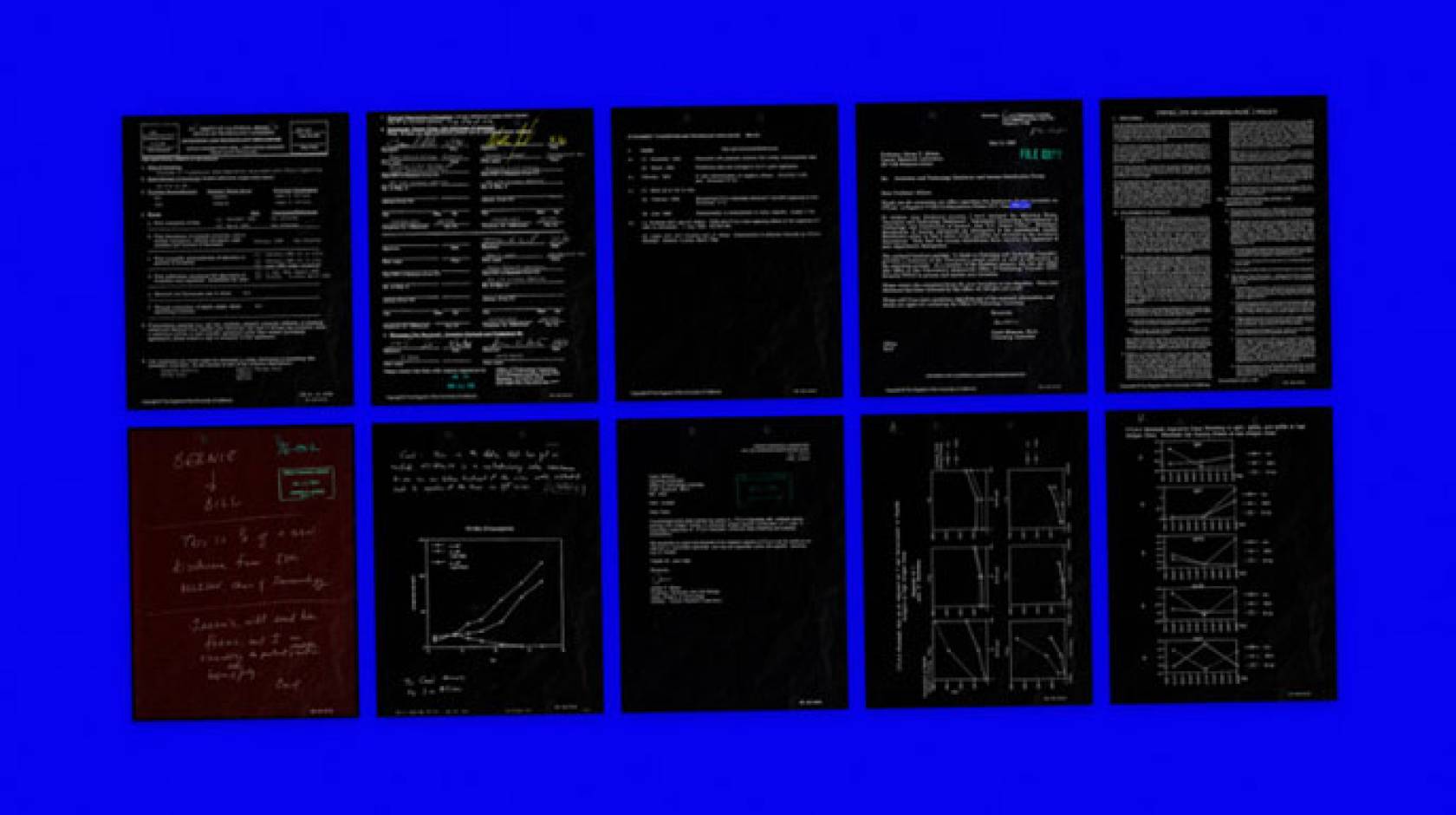 Credit: UC Berkeley
The NFT for Jim Allison’s Nobel Prize-winning invention was minted on May 27 and will go up for auction next week on Foundation, an Ethereum platform.

Most of us will never win a Nobel Prize, but the University of California, Berkeley, is offering everyone the opportunity to purchase the next best thing: nonfungible tokens (NFTs) for the patent disclosures at the heart of two Nobel Prize-winning inventions from the university’s research labs.

The NFTs link to online digitized documents — internal forms and correspondence that document the initial research findings that led to two of the most important biomedical breakthroughs of the 21st century: CRISPR-Cas9 gene editing, for which UC Berkeley’s Jennifer Doudna shared the 2020 Nobel in Chemistry; and cancer immunotherapy, for which James Allison shared the 2018 Nobel in Physiology or Medicine. UC Berkeley will continue to own the relevant patents.

The university minted an NFT for Allison’s cancer immunotherapy invention today (May 27) in advance of a 24-hour auction that will begin after the piece is listed as early as Wednesday, June 2. The auction will take place on Foundation (foundation.app), an Ethereum-based NFT auction platform. Ethereum is a blockchain network that uses ether, or ETH, for transactions. The proceeds of the auction in ETH will fund education and innovative research at UC Berkeley, including work in the campus’s blockchain hub, Blockchain at Berkeley.

Within the past few months, NFTs have rapidly become popular as a means of selling digital assets, including artwork, video and even Twitter posts. Non-fungible refers to the fact that they are unique objects — one of a kind, if you will, unlike interchangeable money — and the blockchain token is the verifiable provenance of the object. In March, an NFT of a collage of images by the artist known as Beeple sold for $69.4 million. On Foundation, Edward Snowden sold an NFT for $7M in support of the Freedom of the Press Foundation and New York Times journalist Kevin Roose raised nearly $1M for the sale of an article about minting an NFT.

“Someone might ask, ‘Why would I want a digital version of some internal university form?’ Because it represents something magnificent,” said Rich Lyons, UC Berkeley’s chief innovation & entrepreneurship officer. “There are people who recognize and care about symbols of great science, and even if they never intend to resell the NFT, they want to own it and they want resources to go back to Berkeley, where the basic research behind these Nobel Prizes came from, to support further research.”

“People give us donations all the time because they care about the institution and the science,” he added. “So here is a way for somebody to invest in the institution in a slightly different way.”

“Foundation has helped set industry standards for groundbreaking NFTs, including Edward Snowden’s fundraiser for Freedom of the Press Foundation, The New York Times writer Kevin Roose’s sale of a published article, and now UC Berkeley’s NFT, which will push their crucial academic research forward,” said Lindsay Howard, head of community at Foundation. “NFTs represent anything of value, which can include an artwork, a meme, or even academic research. We’re just starting to see the beginning of what’s possible, and certainly being able to support Nobel Prize-winning cancer research is at the forefront.”

A portion of the university’s proceeds will go toward carbon offsets of the energy costs of minting the NFT.

Cohen played a leadership role on the UC Berkeley team that mobilized to create the first Nobel NFTs, which, from conception to minting, took just over two weeks. In the past 12 years, UC Berkeley has experienced a groundswell of blockchain activity, with outstanding faculty, researchers and students creating an ecosystem that spawned Blockchain at Berkeley, the Berkeley Blockchain Xcelerator, an innovative blockchain curriculum and partnerships with industry leaders.

Allison’s invention, which is based on blocking receptors called CTLA-4 on immune T-cells to release the natural brakes on the immune system to fight cancer, was submitted by Allison and UC Berkeley in 1995. His subsequent research brought this basic research finding into the clinic, and today more than 15 types of cancer, including those of the skin, lung, kidney and bladder, are being treated with immunotherapies based on Allison’s technique. The work spawned other types of immunotherapy, such that today more than 70 immunotherapy drugs are being tested in the U.S. in more than 1,000 clinical trials. He has described immunotherapy as the “fourth pillar” in cancer treatments, along with radiation, chemotherapy and other gene-targeting treatments.

Allison, who currently is at MD Anderson Cancer Center at the University of Texas, has said that the academic environment at UC Berkeley was key to his groundbreaking work. “I don’t know if I could have accomplished this work anywhere else than Berkeley,” he said.

An NFT for Doudna’s CRISPR-Cas9 patent disclosures will be minted at a future date. UC Berkeley has received 44 CRISPR-based patents in the U.S. and dozens of foreign patents, including the original patent filing.

Lyons emphasized that, aside from raising money for basic research, which is increasingly necessary in order to fund innovative work, the NFTs highlight the key role that basic university research plays in all scientific breakthroughs.

“Yeah, there was a Nobel Prize, but we want to remind people that the work of a Jennifer Doudna or a Jim Allison started somewhere, and that was a research university, and in particular, this research university: Berkeley,” he said. “Basic research like this just blossoms and blossoms and produces so many possibilities and applications for society and feeds back to fuel further scientific advancement.”

“Berkeley is always at the forefront. Why not use a revolutionary new mechanism for memorializing these breakthrough discoveries and industry-defining inventions?” said Randy Katz, UC Berkeley vice chancellor for research.

UC Berkeley’s offer of these NFTs draws upon the university’s leadership in the blockchain area, ranging from faculty and researchers who are leaders in blockchain to the No. 1 ranked blockchain student group, Blockchain at Berkeley, and the diversity-focused nonprofit she256, which started on the UC Berkeley campus and whose members contributed significantly to the creation of these NFT offerings. 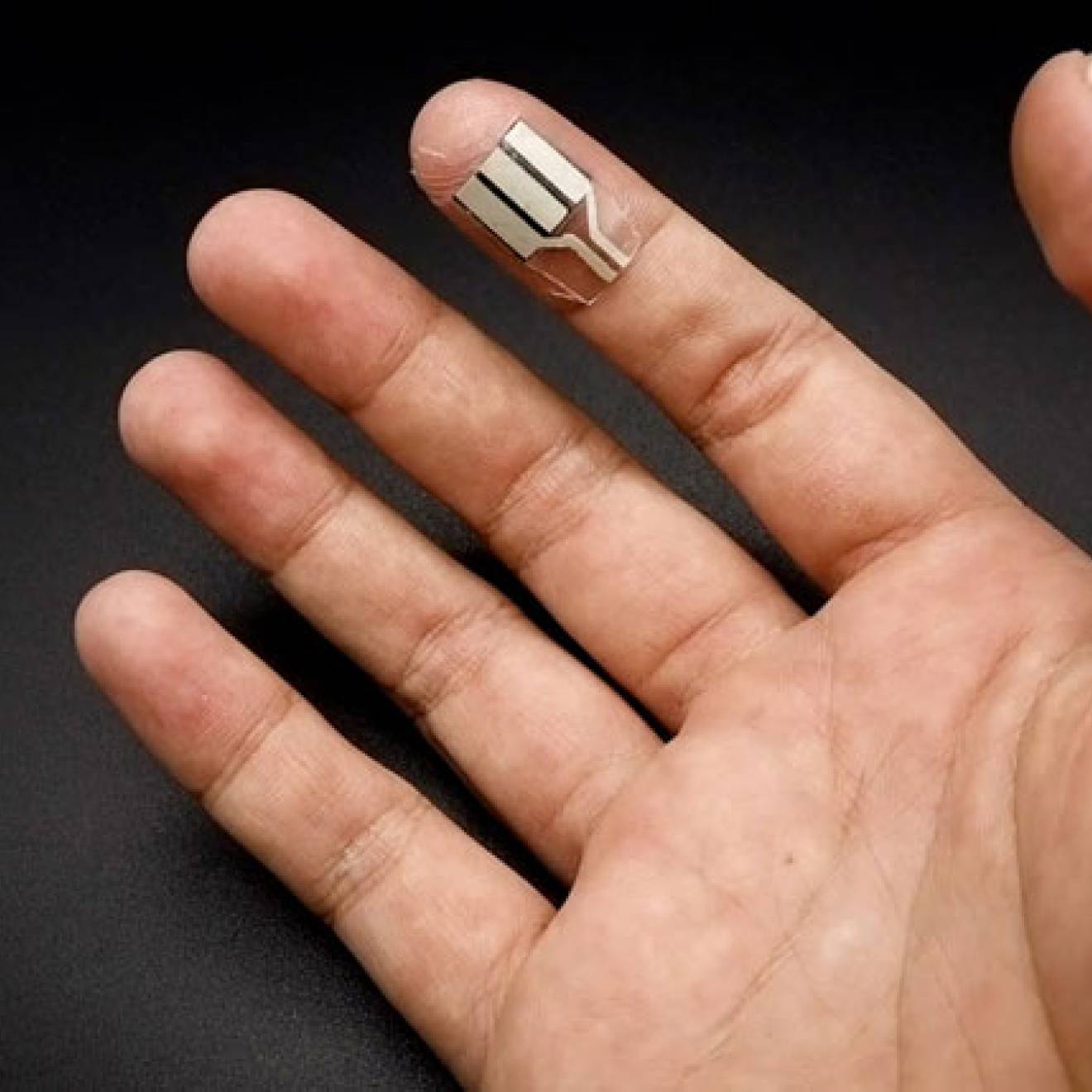 Calling all couch potatoes: This finger wrap can let you…

This new sweat-fueled device generates power even while the wearer is asleep or sitting still — no exercise required.